‘The Cat And The Coup’ And More…

Yes, life is indeed beautiful. Like a temple’s eternal fire, When lit, the dance of its flames is visible from far, Or else, there is darkness and that silence is our sin.

Kurosh Valanejad was born to an Iranian father and an American mother in 1966 in Tehran. After immigrating to the U.S., his family lived in Oklahoma and later moved to Los Angeles. As a young man, he was always interested in doing animation and thus continued his higher education in studying the subject.

When I decided to interview Kurosh, upon the suggestion of a dear friend, I had no idea that I had actually met him at a talk at the University of Southern California (USC) back in 2014. After he mentioned that we had in fact met, I recalled a young man who was very enthusiastic about his work and had come up with a fantastic poster depicting Iranian history in a beautiful and colorful theme. After the talk was done, Kurosh insisted upon showing us some of his work, and gave me a bunch of the posters which I have handed to various friends and colleagues. Kurosh is among many young Iranian Americans who are both interested and actively involved in keeping up with the history of Iran. He is also an aspiring entrepreneur.

Forbes magazine considers Iranian Americans one of the top most successful minorities in the U.S.

Kurosh is finishing his PHD at USC. His first proposal was Simorgh in the 21st century which was not accepted. He later changed his thesis to Gender Identity.

Kurosh has worked closely with Peter Brinson, the project director of the Cat and the Coup and two other video games which will be the first to be released by USC Games. Peter is an Assistant Professor of the Practice of Cinematic Arts at USC.

The University of Southern California School of Cinematic Arts is ranked number one in the U.S. Its most famous alumnus, George Lucas, creator of Star Wars, had donated $175 million to build the new cinema complex at the University and later gave another 10 million dollars to the college in 2016 toward financial aid for students of African American and Hispanic background. The Cat and the Coup was recently acquired by the Los Angeles County Museum of Art. In fact, it was gifted to them on behalf of the artists. It is noteworthy that all other expenses have been paid by Kurosh himself. The one time honorarium he received for a lecture in San Francisco, he donated it to the fund at the Hall of Dr. Mossadegh in Illinois. This in his view is consistent with Dr. Mossadegh’s philosophy. Having watched the trailer of the Cat and the Coup, I must say that it is a superbly done animation.

What is the area of your study?

I am an MFA candidate at USC School of Cinematic Arts Department of Animation and Digital Art. I’ve been studying Animation for most of my adult life – always gravitating to Computer Animation. This time I focused on analog processes. Len Lye’s Scratch Animation “Free Radicals” 1959 (excerpt) tickled my brain and so I wanted to try his camera-less technique of scratching pre-exposed film. After many experiments I devised a technique of my own invention. I used it at the beginning of Duel Citizen, Dual to the Death. This short is the test for “Simorgh in the 21st Century” In the last shot of the two birds flying, one is hand drawn, the other is scratched onto 16mm film.

When did you start the project called Cat and the Coup?

Peter started this project in 2007. I saw him working on it in Game Lab and felt a responsibility- as Iranian American- to help. Or I may have just been foozool. I offered to make the look authentic to Iran in the 1950s. Iran and Iranians, as you know, are often misrepresented in the American media. As the Art Director of the lab, I was not going to let that happen under my watch.

Please watch our VOA interview Peter explains why he chose a cat starting at the 2 min. 25 sec mark.

In lectures with bilingual students in the audience who ask about the black cat. I ask, ‘How do u say black in Persian?, and How do u spell it in English?’ 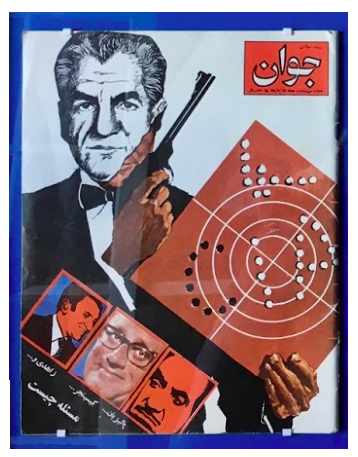 They now know the cat represents the actions of the CIA. Not much time passes and they wonder what it means then that they control the cat. The feeling you get while performing the actions, may be the most powerful aspect of games. In this case we observed the player feeling guilty for Mossadegh’s demise. I recently found Javan magazine (1979) and was surprised to see that I was not the first to associate the CIA with the color black.

Why did you become interested in doing a game on the Coup?

I wasn’t particularly interested. My father Daryush, is Iranian, and a Royalist. His father, Ahmad, was the head of the personal guard of Reza Khan, His mother Mehri is the sister of the poet Siavash Kasrai, who had become popular in 1959 when he returned national pride to Iranians with his rewrite of Arash Kamangeer. [Kasrai was a famous left-leaning poet who was also pro-Tudeh party]. During my talk “Diaspora and the Networked Culture at USC Iranian Studies Conference, I invited Da’i Siya’s [referring to his uncle S.K.] oldest child Bibi to do this): I mention this to point out that like many Iranians, family trumps politics. It may have become culturally ingrained from Cyrus the Great’s famous Cylinder – about the separation of Church and State. In any case, growing up I don’t remember a single discussion about Mossadegh.

Soon after The Cat got some international coverage, Dr, Mossadegh’s nephew, Mr Farhad Diba, wrote me a congratulatory email. 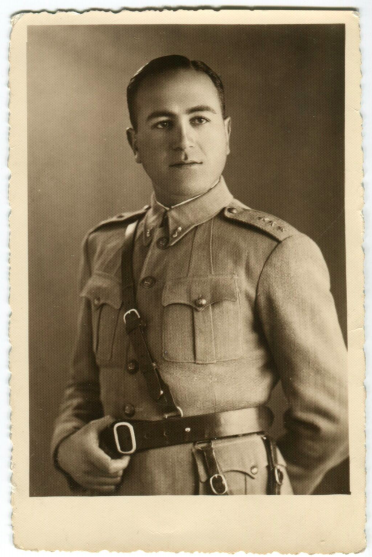 I started a correspondence with him to learn more about the history with which to encode our game. I asked him a bunch of questions and he was curious about my family. What peaked my interest in telling this story was when Mr Diba emailed me a hand-drawn family tree showing how I was related Dr Mossadegh!

Why should people, especially young people, be interested in a game that has to do with the Coup in Iran?

This was a critical moment in World history. The Nationalization of the Oil Industry was the beginning of the end of colonialism in the region. And the toppling of a democracy by the nations which take pride in its modern form was a necessary albeit rude awakening for Iranian intellectuals who subsequently lost faith in a Western-style democracy. I think it’s very telling that there are words for Religion دین and Monarchy سلطنت in the Iranian language, but not for Democracy دموکراسی.

How has USC contributed to your project?

Peter started the project with a small grant from USC Advancing Scholarship for the Humanities and Social Sciences – which he used to hire student animator Hyunjung Rhee. The Game Innovation Lab also gave him some startup money which coincidentally was the same amount as the budget for my laptop.

Peter and I built this game whenever we could find time. We discussed it often, during lunch usually, and we work, independently on weekends and holidays. Being surrounded by bright eyed students and the critical eye of professors was motivating. As we port the game from PC to the consoles, USC Games students have done most of the heavy lifting while USC Law students are helping us with IP issues.

When do you think it will be launched?

We were never concerned with a timeline for this project. Marcel Duchamp said “There is a great deal to the idea of not doing anything, but that when you do a thing, you don’t do it in 5 minutes or in 5 hours, but in 5 years”. I think there’s an element in the slowness of the execution that adds to the possibility of producing something that will be durable in its expression, that will be considered important 5 centuries later.” We’re taking our sweet time with this. 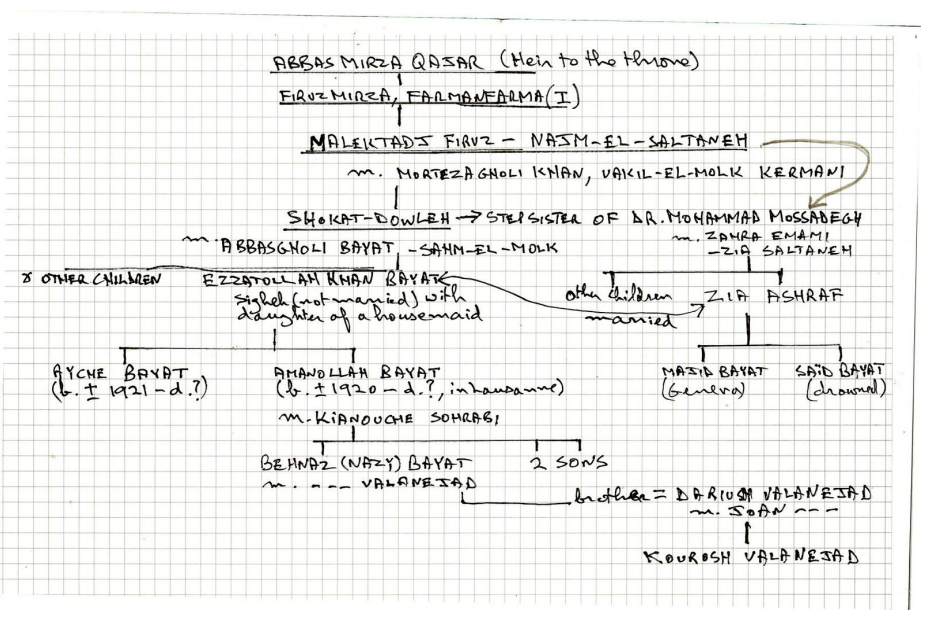 Kurosh has done some other major work which are as follos:  My lighting talk and Simorgh in the 21st Century.

The Direct-to-Film process I use to make the animation is my own invention. I imagined the process while taking The History of Animation course. As a self-assigned exercise, I asked: “what would do if they had a computer.” I was looking at Len Lye’s Free Radicals when the idea popped into my head.

The Body Scrub Device –– a virtual funhouse mirror and an interactive animation generator LEGO, the first piece quickly found a home at the Strong National Museum of Play, in Rochester NY – as part of the long-term exhibit Fields of Play So far I have used Body Scrub in 19 installations and USC faculty and students have used it in 9 of their own projects. This webpage has documentation of the specific installations and its exhibit history

My thesis project is about Gender identity. When I pitched it to thesis committee, I described it as an extension of Gender – which I had been invited to show at a conference in North Carolina. Body Scrub; Gender is a virtual fun-house mirror intended for display at/near public bathrooms. It reflects viewer-participants as male and female symbols, suggesting gender is fluid, and not binary as indicated at these facilities. It was a response to HB2 (aka the Bathroom Law) But Gender Identity is an entirely different issue. While working on it I realized that it’s just more boxes – the problem is the box so in my animation I push the protagonist through 7 stages of human development whereas an adult he escapes society’s categorization. That scene, the resolution, was effortless. It was months of working with a performer to get to this moment.

The Cat and the Coup and 2 other video games will be the first released by USC Games, the video game equivalent of MIT Press.