Land art is an art movement that emerged in the 1960s and 1970s, largely associated with Great Britain and the United States and has risen in many other countries including the Middle East. The main concern of land art is urban, spiritual and non-commercial themes.

It has been about 15 years in Iran since there has been an artistic movement focused on the environment that considers the local culture and material. Usually, this kind of art filters out with the passage of time. There are however ways to archive these land art installations, such as photos and videos.

Pooya Aryanpour, an established Iranian artist, and art teacher has been working for the last few years as art director on a very special land art project. In autumn 2017, Pooya and his students, after working two continuous years, completed a significant land art project in Ghavam Zang, in the Noosh Abad desert around Kashann, in a 10,000 square meter area. This project was worked on by seven groups of artists and installed in the desert, culminating in a unique and first- time ever occurrence. Roughly 2,000 people from different cities joined this event, and still the installations can be seen in Noosh Abad desert. This large- scale, magnificent installation art project has been successful in reuniting local people, artists and authorities with the nature and environment.

About 40 artists have been working on the project in the desert for two weeks. Many local people have helped with the installations with great pleasure and excitement for being part of an artistic event which shows appreciation for their environment and culture. The artists and some other organisations sponsored this massive project.

Each group has a name, concept, and statement. In the statements, the artists explain how they started the project, as well as where the idea and inspiration came from.

Infinity, is the name of the installation inspired by a short science fiction story by J.G Ballard, a British writer. Four artists have worked on this interesting installation. It looks like a huge mandala tunnel shape, similar to the shape of the ‘&’ symbol and looks like two dinosaur spines. In this installation, they used metal pipes and circular plates.

The rest of the installations are; I wake up with the Sound of Growing Grasses, inspired by the book, (Being and Time) by Martin Heidegger and the 1997 film, (Taste of Cherry) by Abbass Kiarostmai. Radical Two, inspired by astrology, math, and theology. Inside, is the name of the project inspired by a documentary about David Hockney, a British pioneer artist. Another Side is a project inspired by light, which means, pureness, honesty and spiritualism. Kama is inspired by mirage, sunrise, and sunset.

This magnificent land art project reminds us to be kind to our environment, appreciate nature, as well as respect and connect with native local people and architecture. Aryanpoor also mentions that young artists involved in the land art project learn how to work in a team without being egotistic. The artists also learn to be disciplined and work hard in a difficult situation such as the desert, without access to luxurious facilities. This situation makes them independent, tough and more creative artists who care about the environment and other people on the planet. 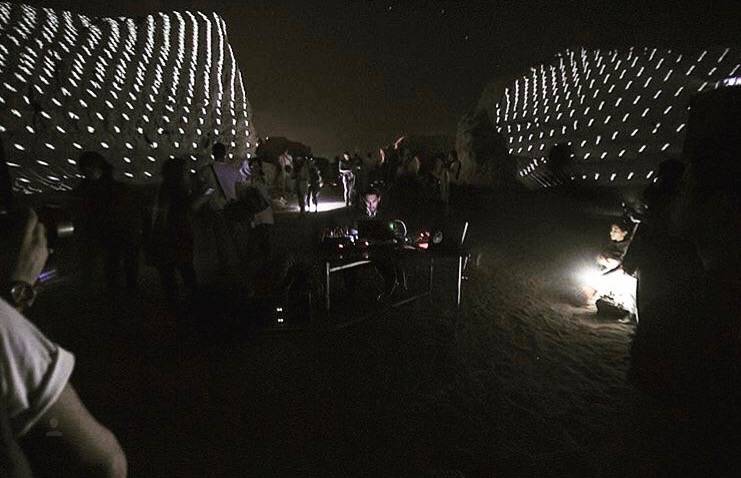 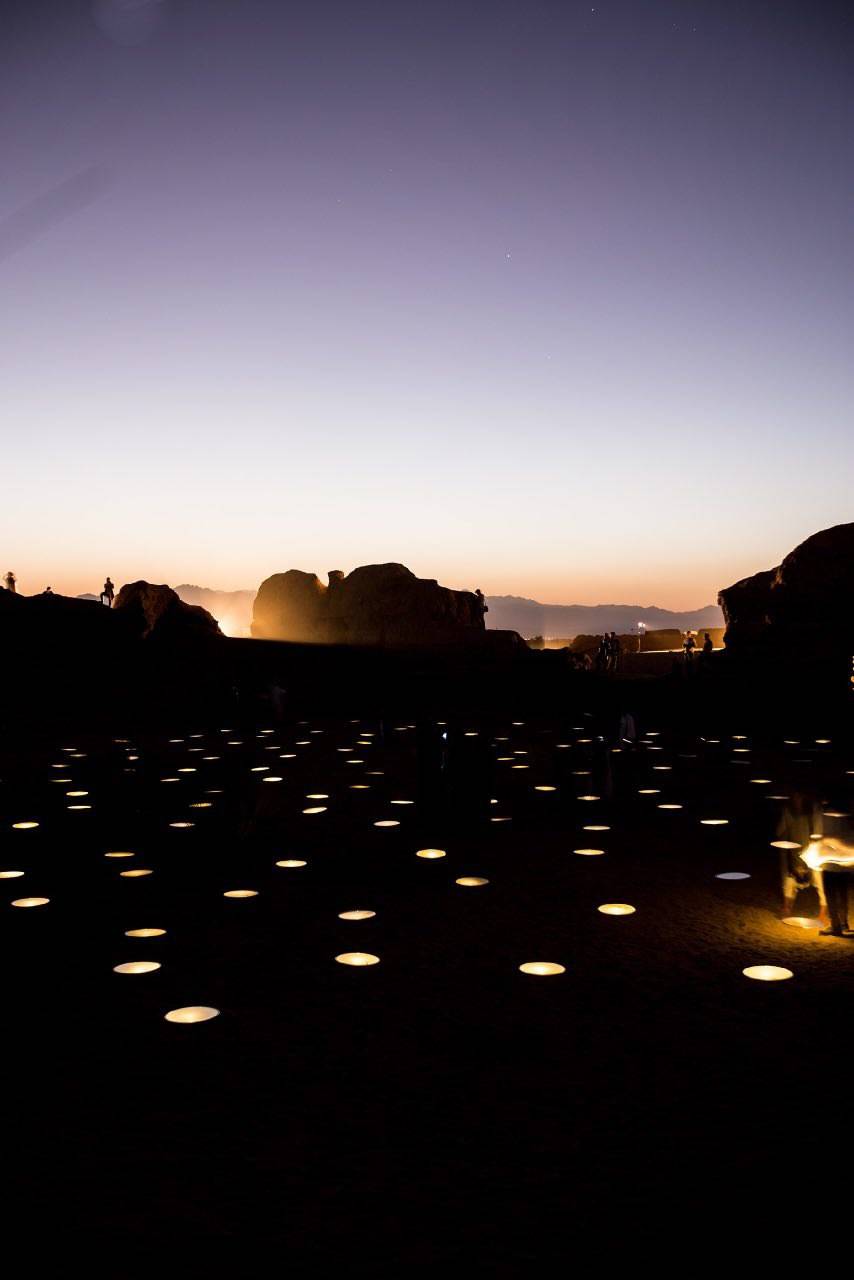 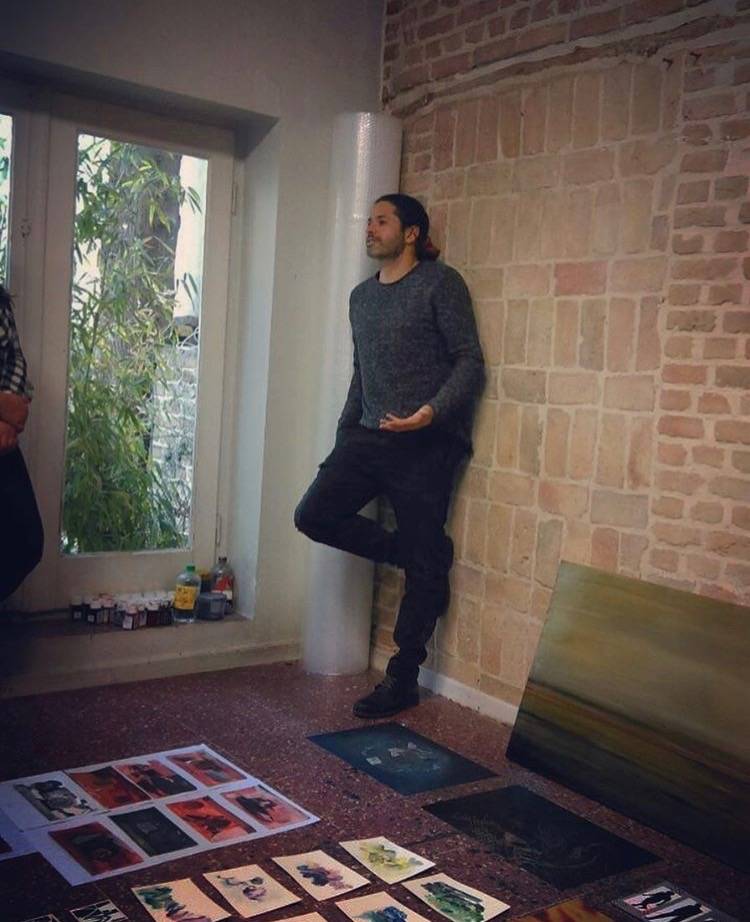 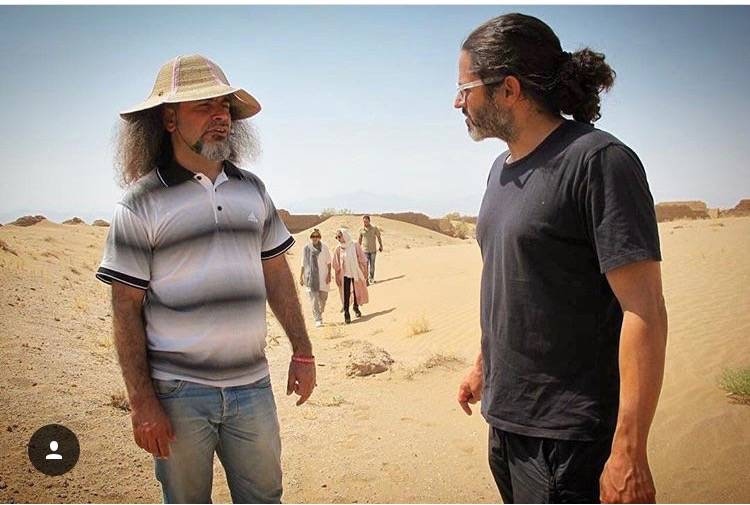 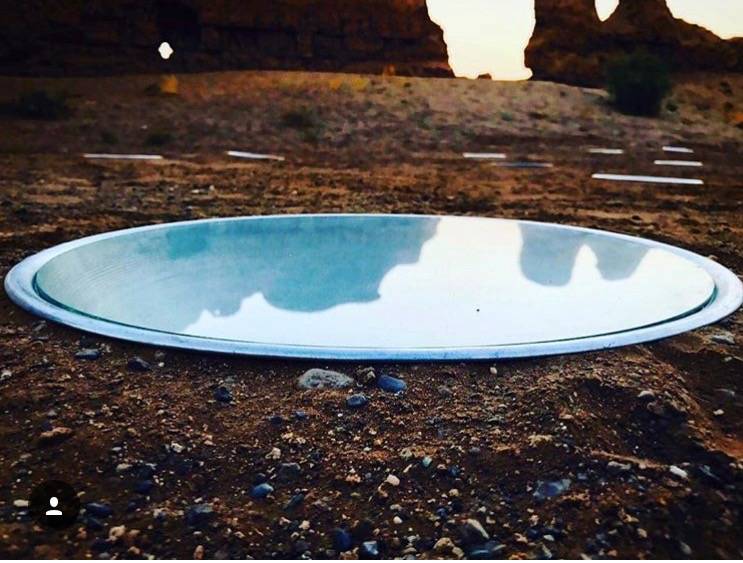 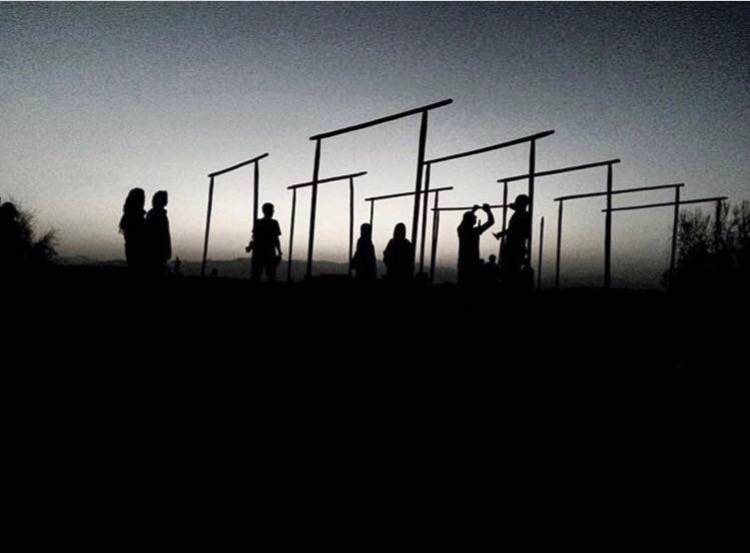 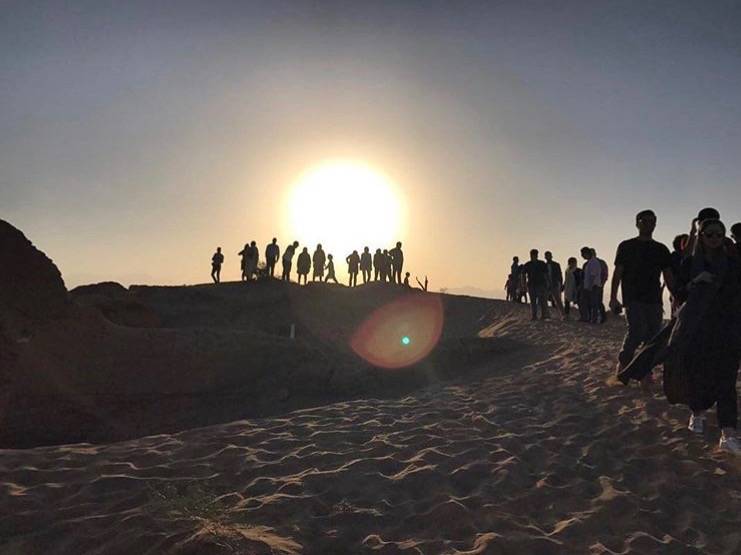 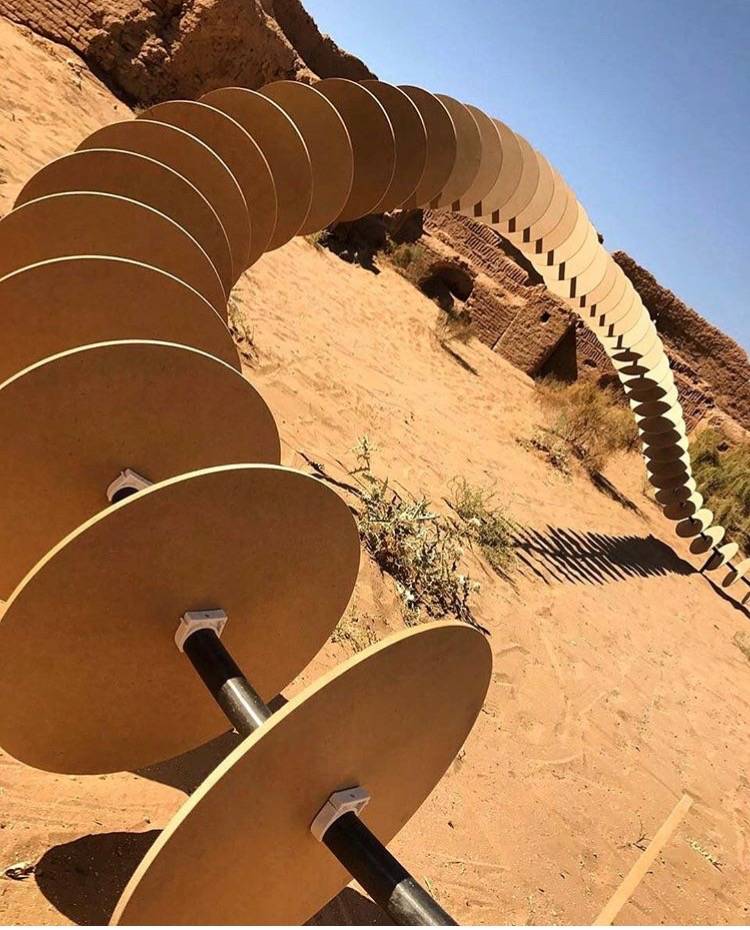 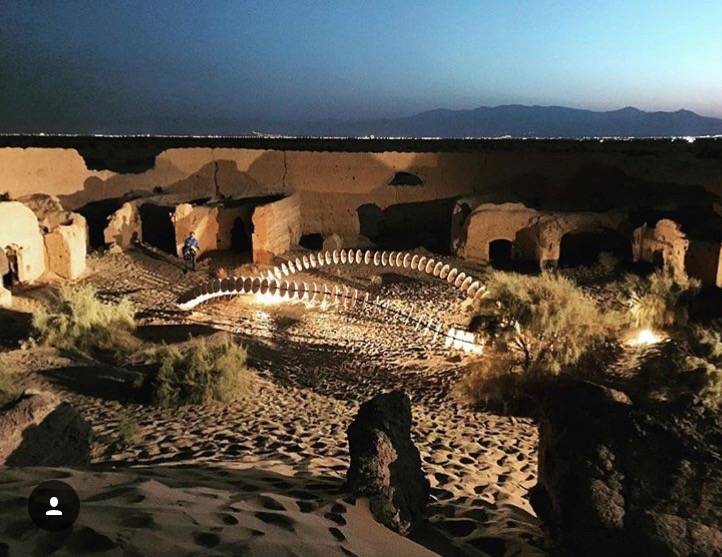 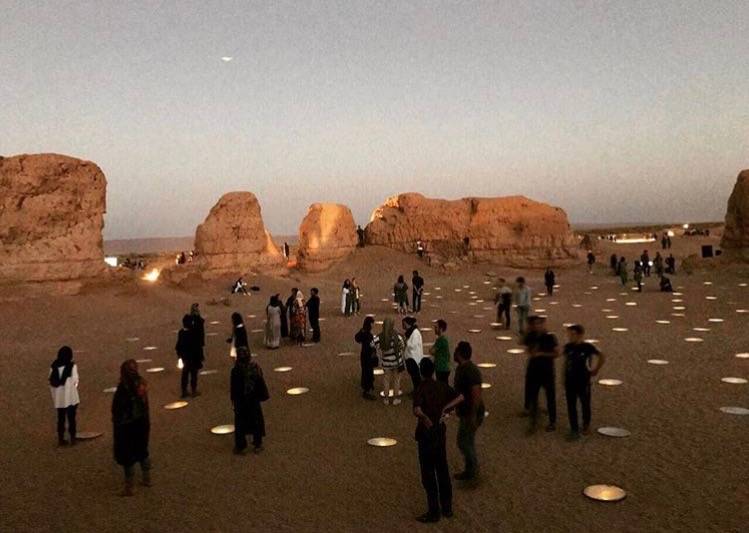 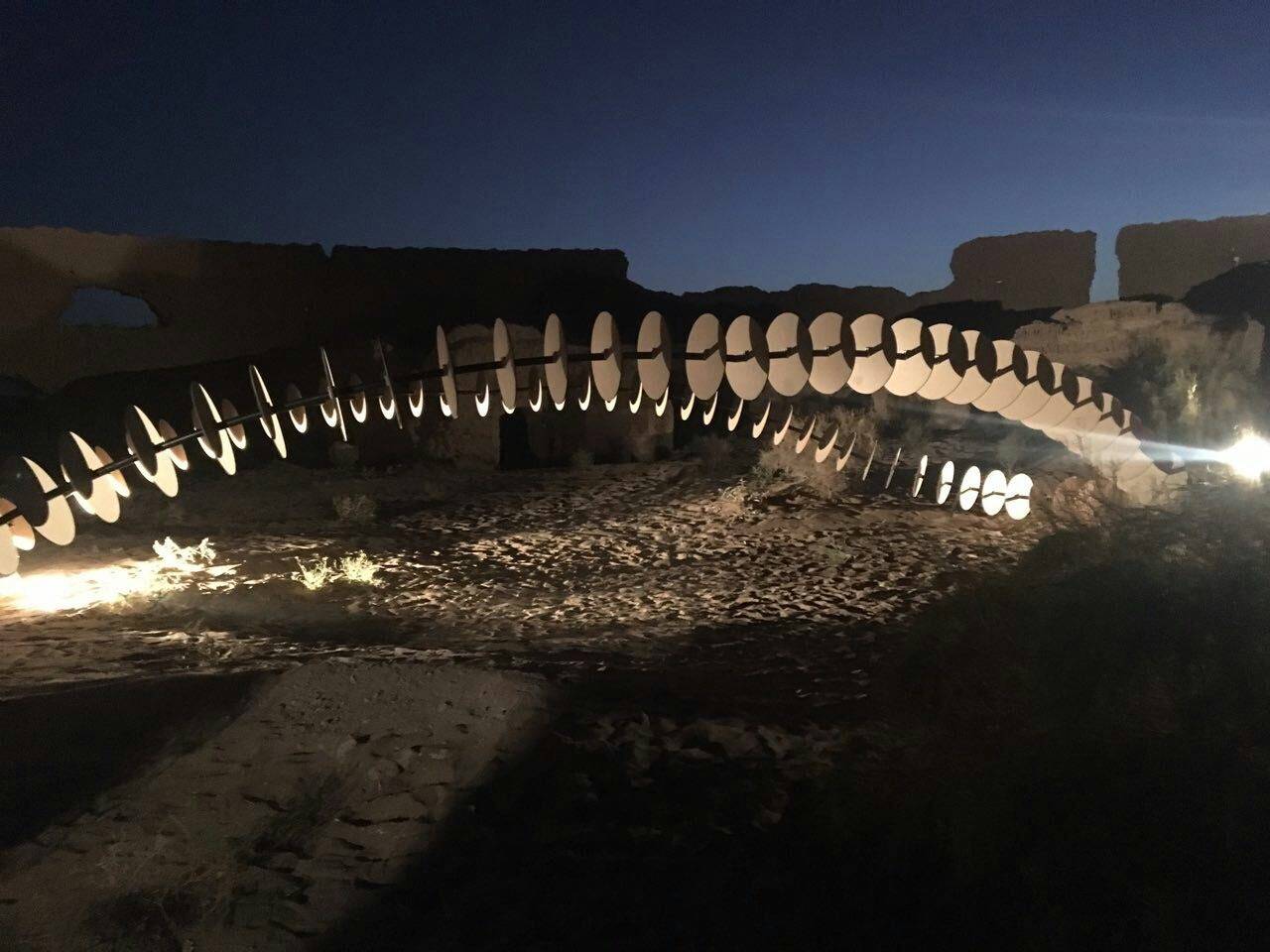 PrevPreviousReality Show Violence In The Age Of Trump: Striking Syria
NextThe Tragedy Of American Great Power Moves On The Middle East: Trump Can, So He WillNext