Crossroad: Memoirs Of A Lost World

Lights flash on and drab-clad human figures bustle about the crossroad, thoughtlessly colliding with one another, moving on without a twitch. A blaring whistle interrupts the hubbub and the scene transforms into a busy bus station, restless with the swarm of the wandering crowd: A blind accordion player with his stooge, a flower girl, a street-sweeper with his broom, crouching individuals dazedly running errands and two lovers –lost in the passage of time– vainly in search of one another. This is Crossroad; the latest masterpiece by the eidolon of Iranic folk, Bahram Beyzaie.

Crossroad is a compilation of Beyzaie’s unpublished, unperformed dramas, referencing his real-life experiences in 1960’s Iran, during which he began his stage career and met a fellow actress who abruptly quit acting [shortly after], due to extreme poverty and family issues. Despite young Beyzaie’s several financial and moral supports, the desperate actress gave in and faded away from his life, leaving an indelible image which became the recurrent theme in many of his works such as Downpour, The Unbelievable Story, Siege, Killing Mad Dogs and While We’re All Asleep.

“The actress and the dazed writer [I], incessantly reappeared in my scripts; as if they were both a reflection of time-variations that frequently returned and voiced the status quo,” Beyzaie says.

In Crossroad, he has yet again, masterly depicted a poignant narrative with aforementioned characters: A chaotic Tehran scarred by the aftermaths of a revolution, teeming with traumatized, bedazzled human beings and over the brim with prostitutes, criminals and listless pedestrians who shape-shift instantly in front of a camera. Amid the clamorous crowd, two endeavor to redeem this sin city: A woman – Nahal Farokhi– awaiting a postman to reclaim a letter she’s mailed by mistake and a man – Sarang Sahesh– a recently released inmate seeking his old neighborhood. Their stories entangle as they meet by chance on the crossroad and an old palimpsest of a love story unfolds. 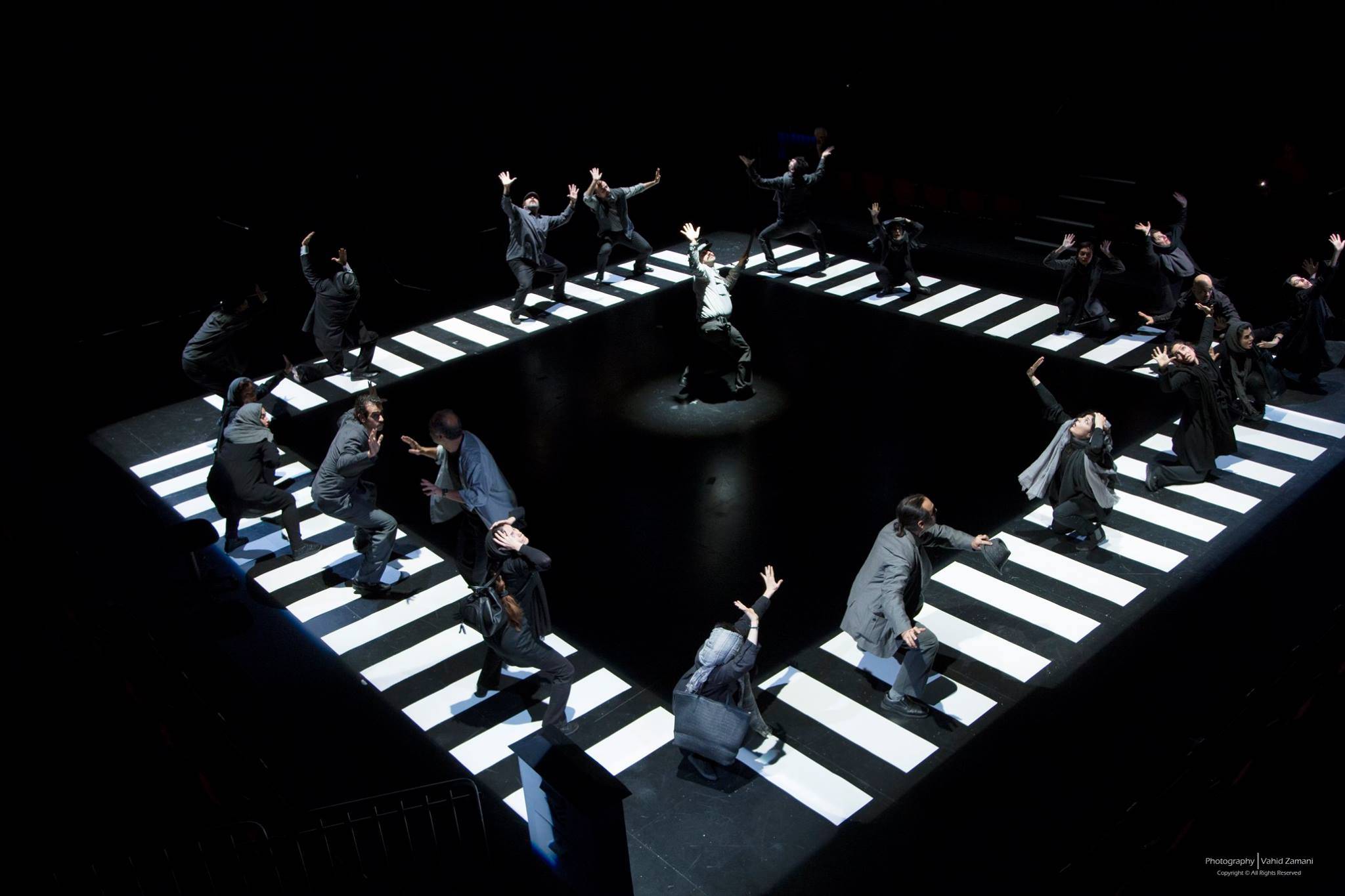 Once in love and betrothed, Nahal and Sarang are betrayed by an obscure mutual friend also in love with Nahal. With Sarang secretly imprisoned by his rival and allegedly migrated abroad, Nahal –who’s misinformed of Sarang’s true whereabouts– finds consolation in the arms of the other, furtively setting high expectations of finding her beloved some day. Yet they meet some 20 dreary years later, only to learn the agonizing truth and lament the days gone by.

This compelling anecdote is a savvy criticism of Iran’s socio-political scene over the past 40 years with all it’s ups and downs; a testimony to promises and betrayals, ideologies and faith, patriotism and exile. Verbatim: an elegy for lost love.

Being the leading patron of the arts in Northern California, the Stanford University’s Iranian Studies program, with its acknowledged director Dr. Abbas Milani, has made its mission to pave the way to promote the Iranian cultural activities and endorsing Beyzaie’s unprecedented plays on stage.

“Crossroad is the last drama I wrote in Iran; in 2010 when I had no intentions of emigration… I had a hunch that I wouldn’t be allowed to present it on stage in Iran. The number of copies of the script I had made just in case, had exceeded the actual pages of the script, and I often wonder what force made Crossroad my travel companion when the crossing beckoned,” Beyzaie adds.

The denouement proves unprescient and the curtain drops with Beyzaie’s feat of juxtaposition: A truck, an accident, a lover’s death in search of his beloved, and the truth adrift in surreal worlds. Sarang dies as a martyr, as a Christ recrusified, purging his fellow countrymen with his blood, and Nahal becomes the soul of resistance and sacrifice, a Joan of Arch with a new beckoning. Nahal and Sarang aren’t mere protagonists in a dramatic stage performance; they are actual allegories of something far beyond. Perhaps Sarang is the motherland, injured and burnt to ashes yet strong and thriving, and Nahal, her offspring; yearning to rejuvenate it once again –ready to irrigate the land with her own blood, pining for somewhere she belongs.

Beyzaie – with all his limitations in choice of props, experienced actors and stage – successfully drives the viewer to a nostalgic ambience, reminiscent of unexplainable feelings. He offers the audience a second chance to look into the mirror and decide whether they choose to be the martyr or the victim; to figure whether the world is solely a stage, and all men and women merely players. 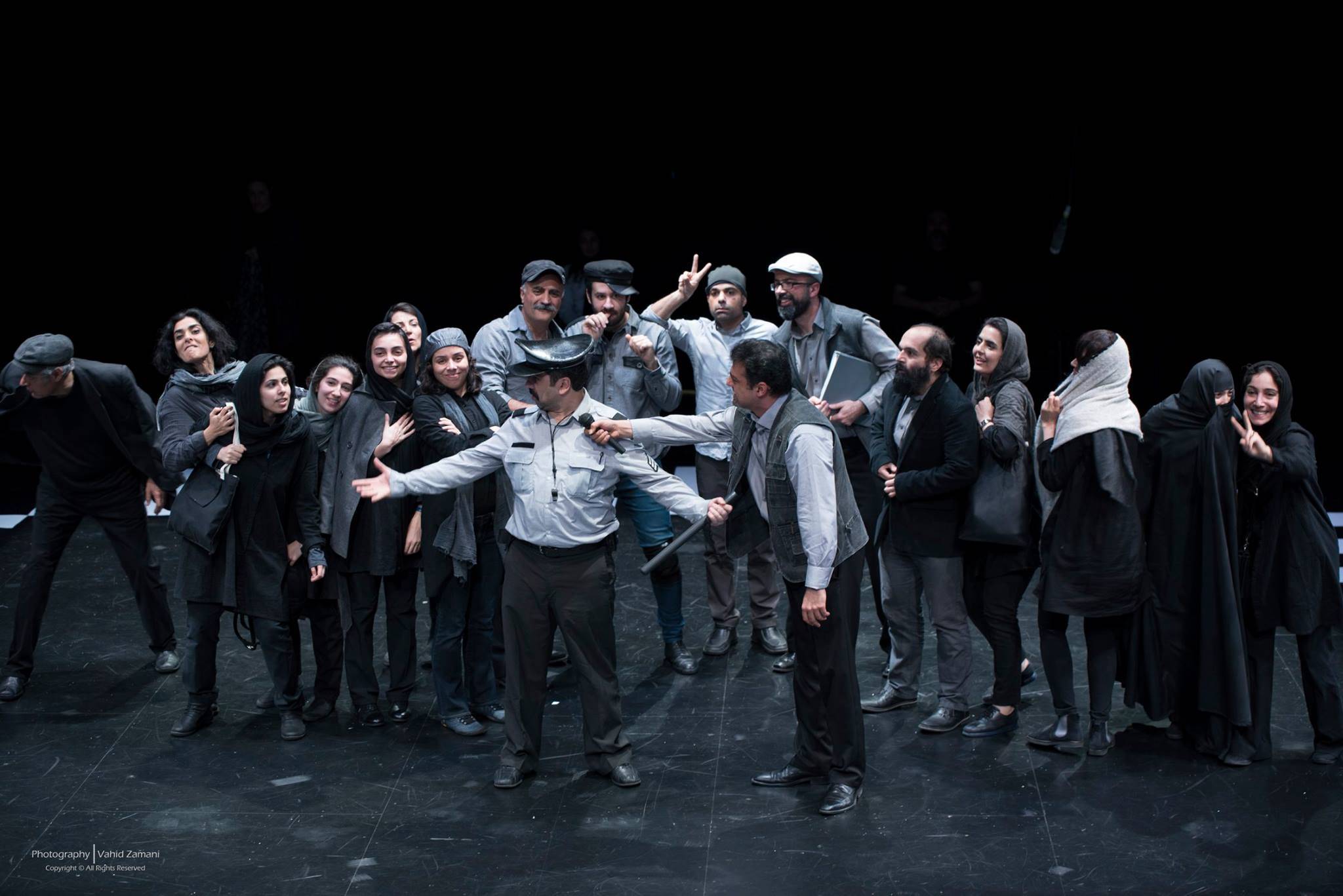 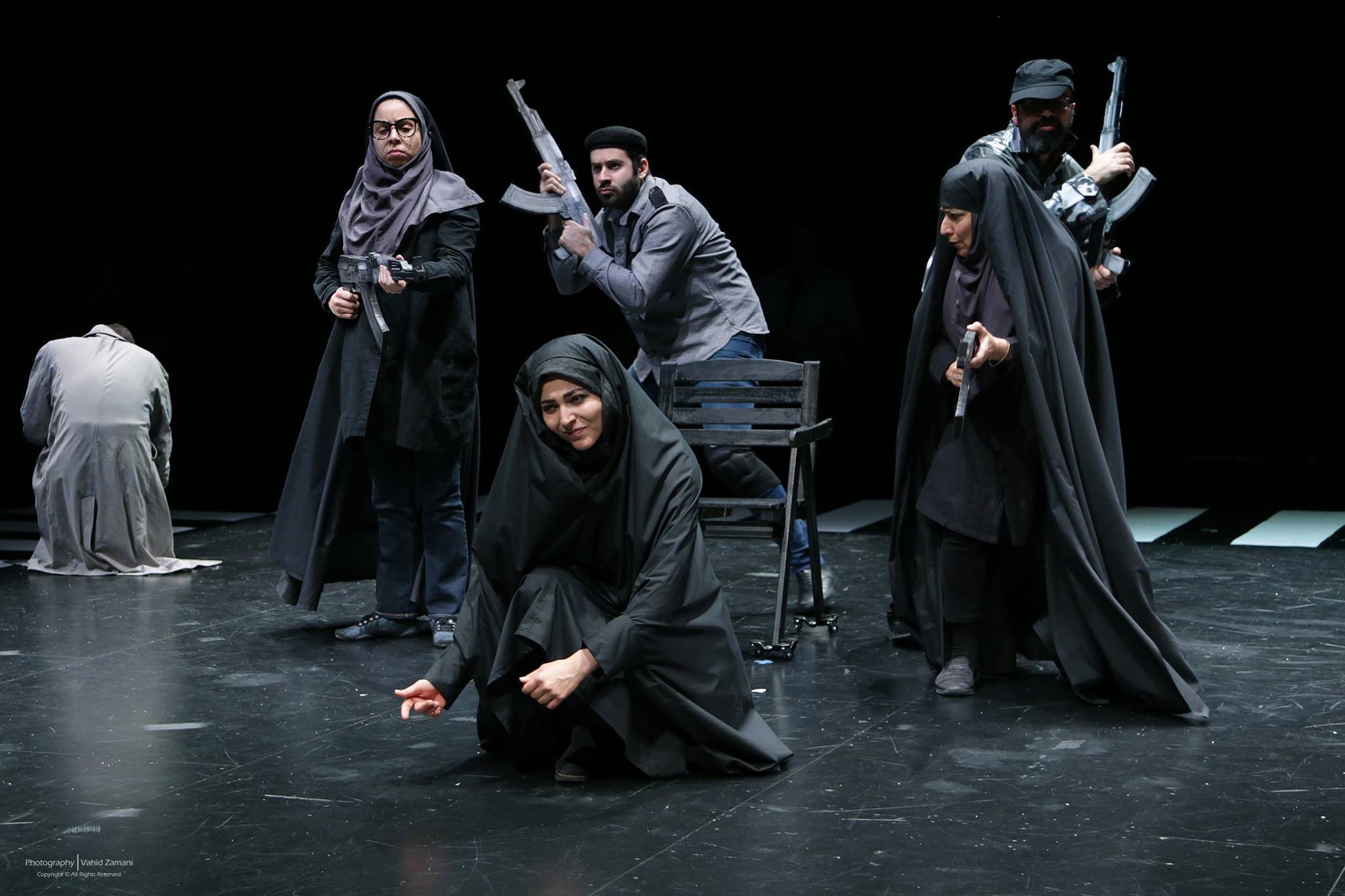 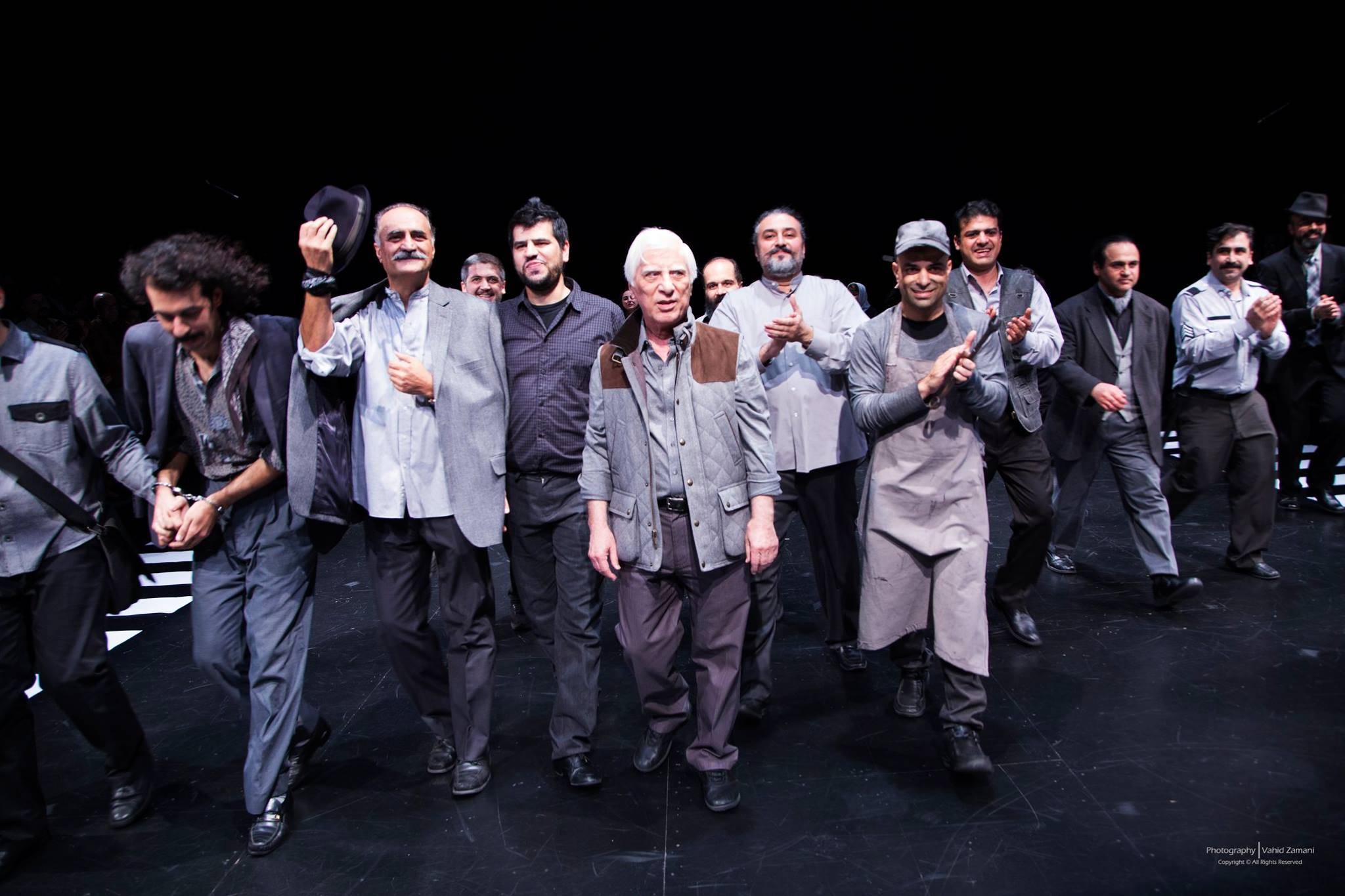 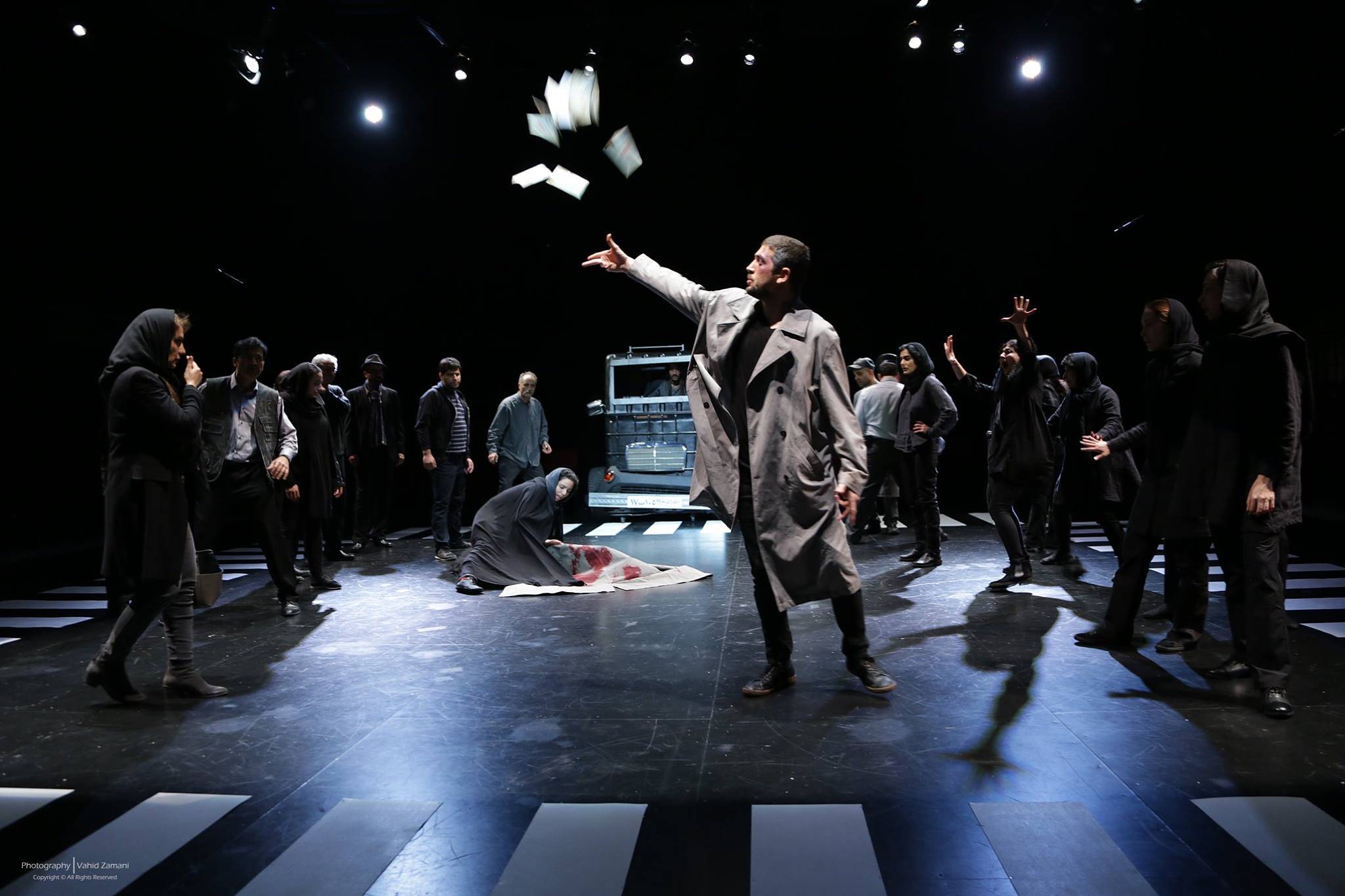 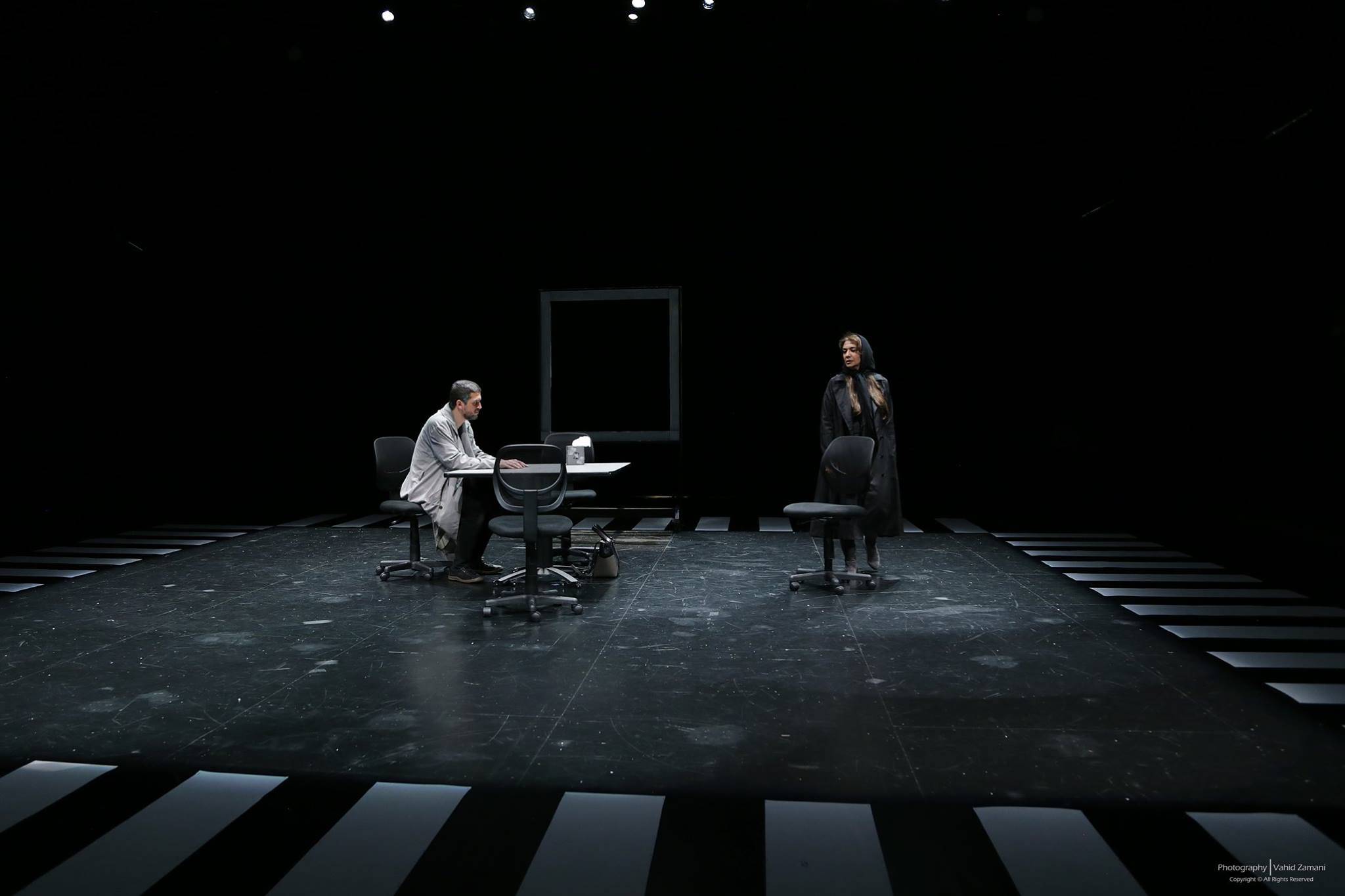 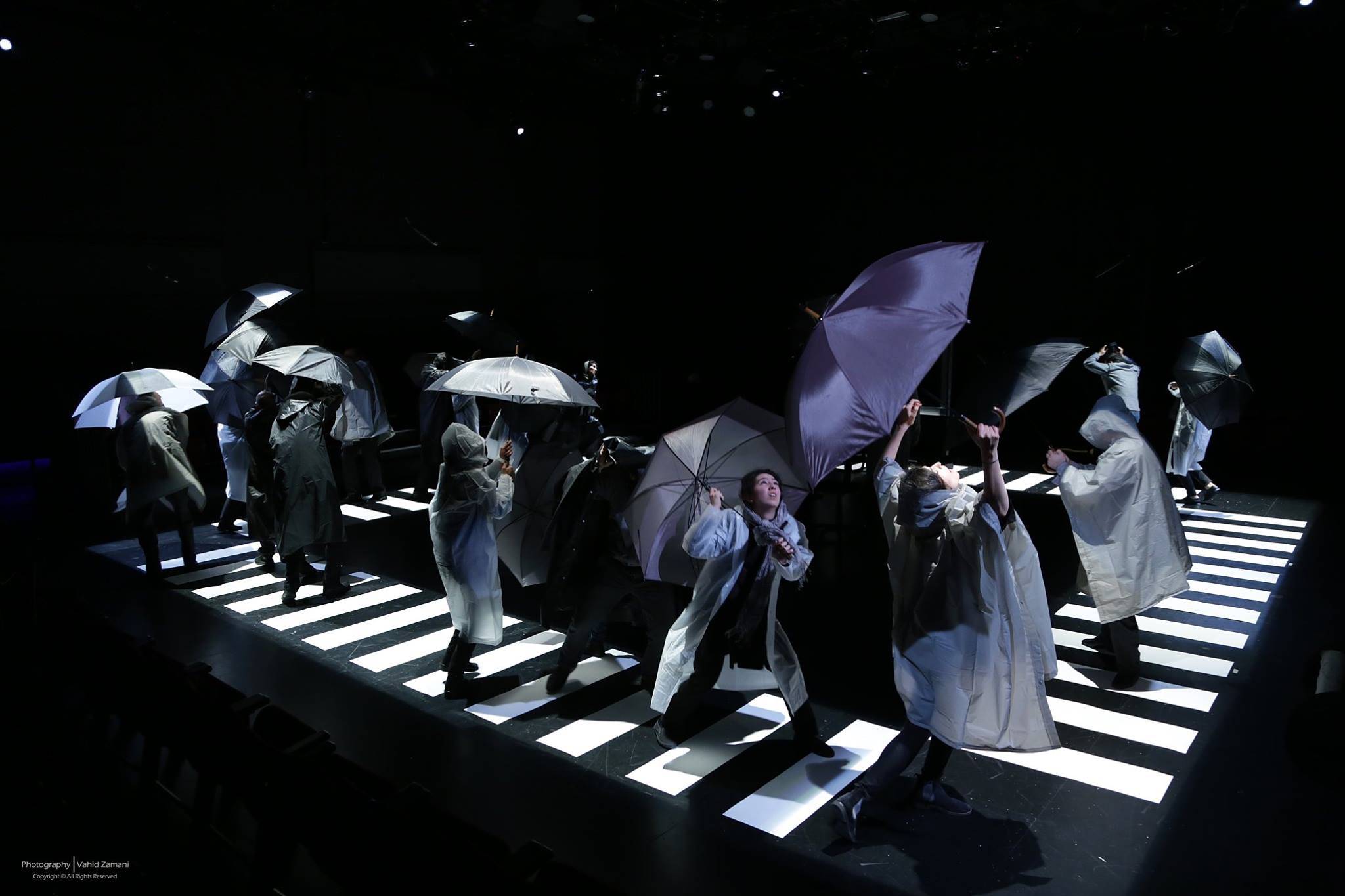 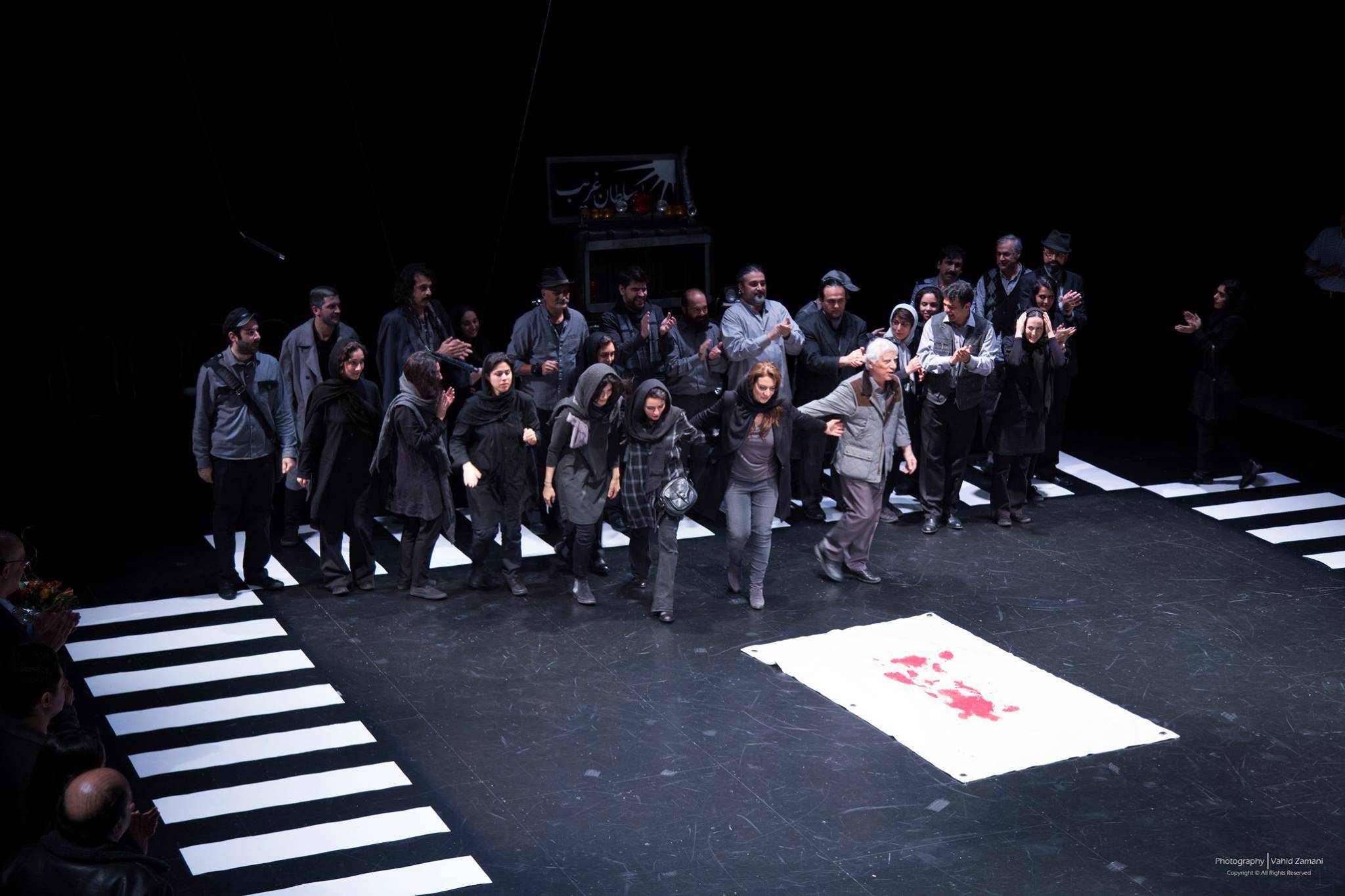 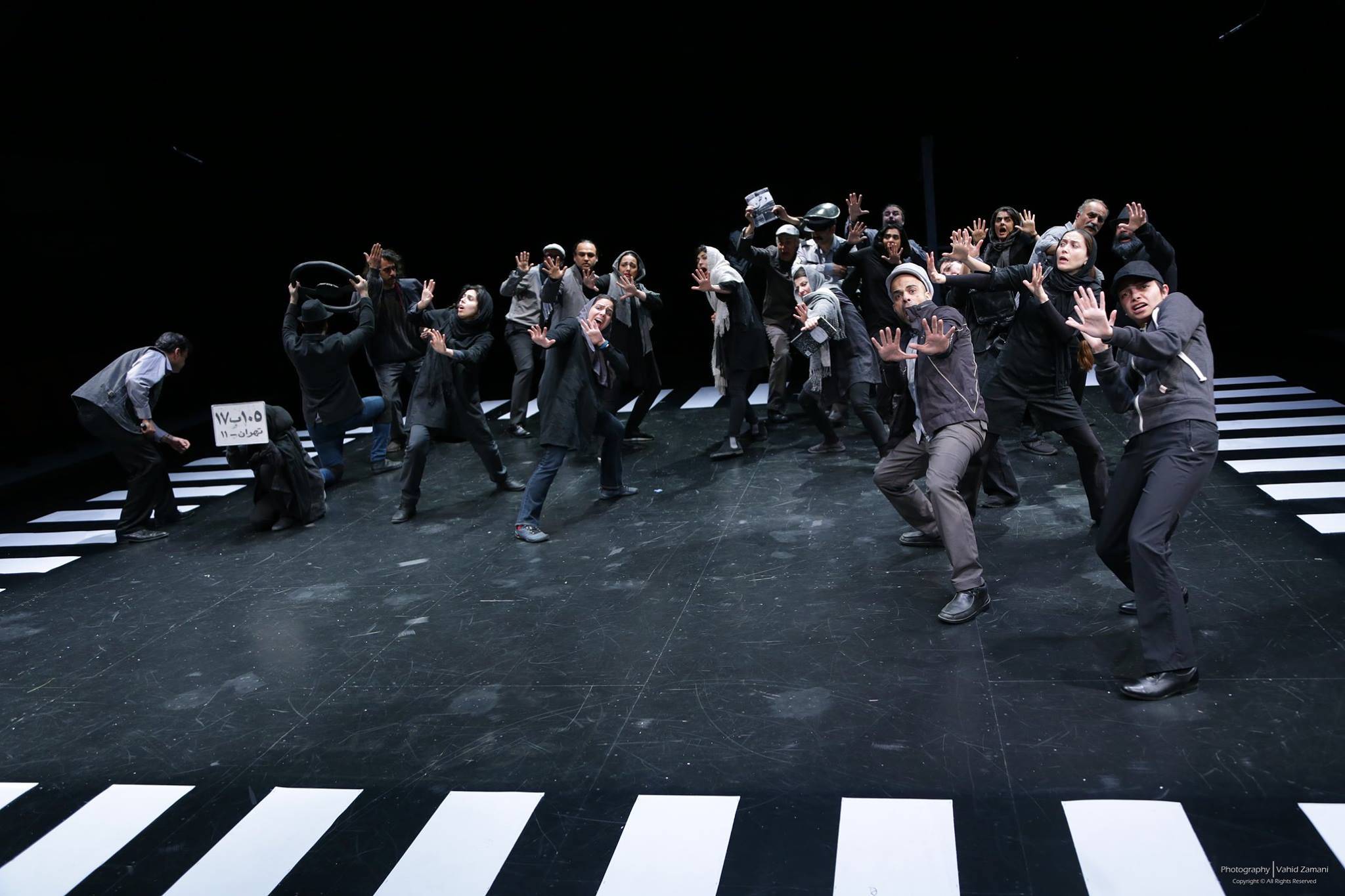 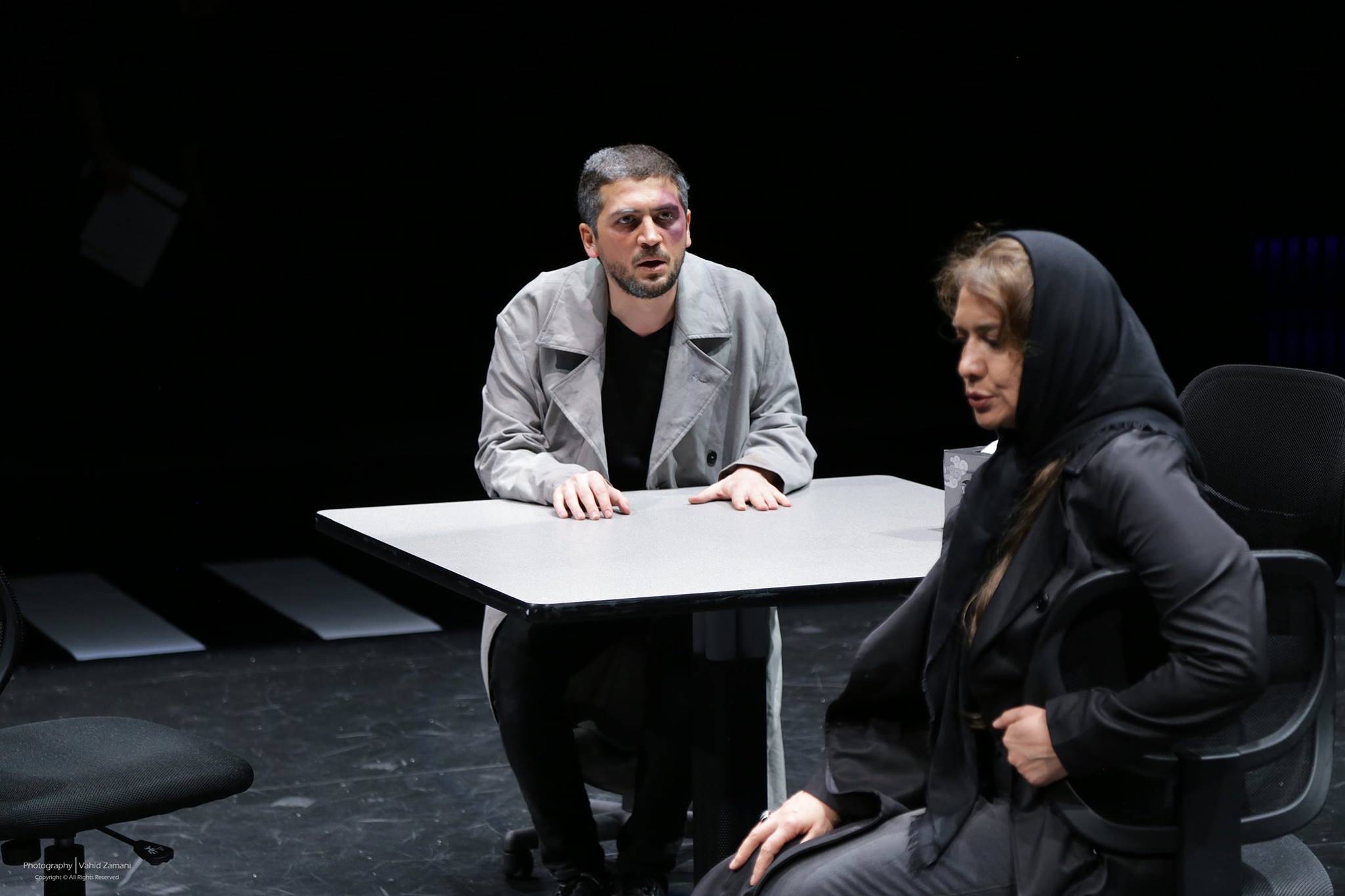 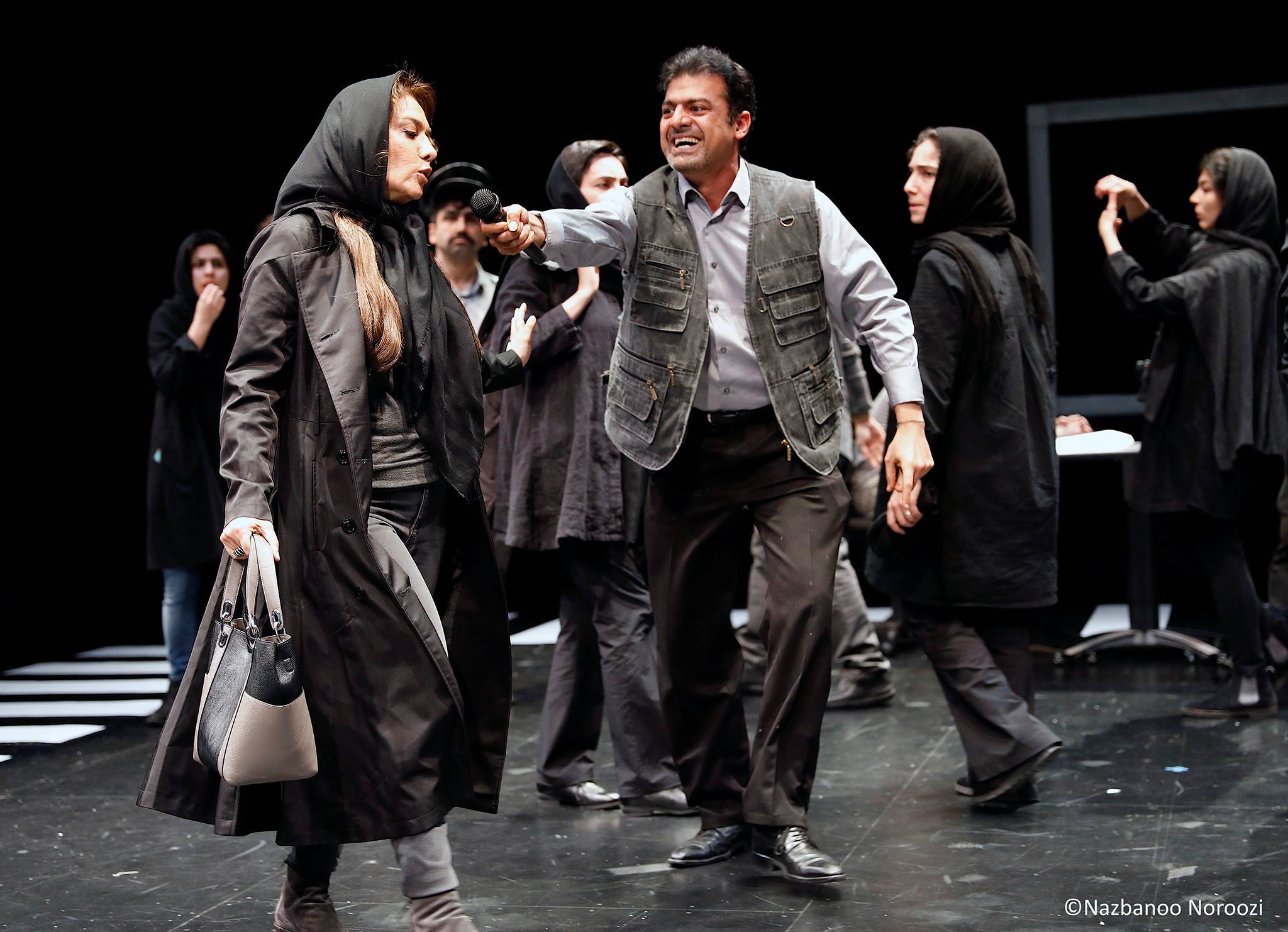