The feature film The Last Fiction is creating quite a buzz as the first animated feature made entirely in Iran with all Iranian artists.

Produced by Hoorakhsh Studios, The Last Fiction is also breaking new ground as the first Iranian feature to premiere at Annecy, the world’s top animation film festival. The film’s three screenings at Annecy, kicking off with the world premiere yesterday, have all sold out. The film will also be competing at the 12th Asia Pacific Screen Awards ceremony which will take place in Brisbane, Australia on November 29th.

The Last Fiction has been in production for eight years and has been self-funded by Hoorakhsh Studios. The 2D animated film created more than 1,000 jobs, including 500 artists and animators. One million work hours went into the film.

The average age of the film’s workers was 25, and the producers proudly noted that 60% of the workers on the film were women.

The film is the debut feature of Ashkan Rahgozar, who is the co-founder and CEO of Hoorakhsh Studios, which was established in 2005.

The Last Fiction is an adaptation of one chapter of the epic Persian poem The Book of Kings (also known as Shahnameh).

It follows Zahak’s treacherous rise to the throne in Jamshid in Persia. The young and naïve hero Afaridoun will have to save the kingdom and its people from darkness. But he must first conquer his own demons in this portrayal of Persian mythology that reveals human nature. This Farsi masterpiece is based on ancient mythology, about the universal battle between good and evil.

The voices include those of an all-star cast of Iranian actors, including Parviz Parastui (Today), A Separation’s Leila Hatami, Hamed Behdad, Baran Kowsari, Askhan Khatibi (So Close, So Far), Akbar Zanjanpur and Farrokh Nemati.

The Farsi-language film is subtitled in French and English and an English dubbed version of the film is also being prepared. 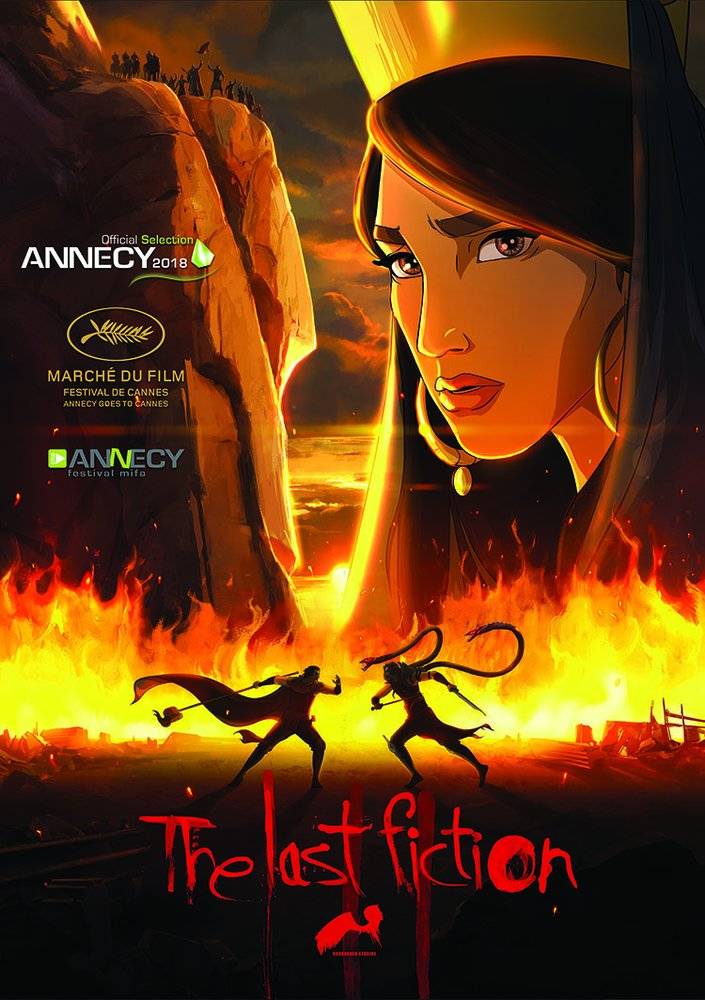