How The Iran Sanctions Drama Intersects With OPEC-Plus

Major states buying oil from Iran are unlikely to heed the US call to drop imports; key allies want a waiver to avoid sanctions; OPEC, meanwhile, will have trouble boosting output in the short-term; the puzzle is not solved, but there are dark clouds

History may have registered stranger geoeconomic bedfellows. But in the current OPEC-plus world, the rules of the game are now de facto controlled by OPEC powerhouse Saudi Arabia in concert with non-OPEC Russia.

Russia may even join OPEC as an associate member. There’s a key clause in the bilateral Riyadh-Moscow agreement stipulating that joint interventions to raise or lower oil production now are the new norm.

Some major OPEC members are not exactly pleased. At the recent meeting in Vienna, three member states – Iran, Iraq and Venezuela – tried, but did not manage to veto the drive for increased production. Venezuela’s production is actually declining. Iran, facing a tacit US declaration of economic war, is hard-pressed to increase production. And Iraq’s will need time to boost output.

Goldman Sachs insists: “The oil market remains in deficit… requiring higher core OPEC and Russia production to avoid a stock-out by year-end.” Goldman Sachs expects production by OPEC and Russia to rise by 1.3 million barrels a day by the end of 2019. Persian Gulf traders have told Asia Times that’s unrealistic: “Goldman Sachs does not have the figures to assert the capability of Russia and Saudi Arabia to produce so much oil. At most, that would be a million barrels a day. And it is doubtful Russia will seek to damage Iran even if they had the capacity.”

In theory, Russia and Iran, both under US sanctions, coordinate their energy policy. Both are interested in countering the US shale industry. Top energy analysts consider that only with oil at $100 a barrel will fracking become highly profitable. And oil and gas generated via fracked in the US is a short-term thing; it will largely be exhausted in 15 years. Moreover, the real story may be that shale oil is, in the end, nothing but a Ponzi scheme.

Those were the days when the Obama administration ordered Riyadh to unleash a de facto oil-price war to hurt both Russia and Iran. Yet the game drastically changes when Venezuela loses a million barrels a day in production and Iran, under upcoming sanctions, may lose another million.

As Asia Times has reported, OPEC (plus Russia) can at best increase their production by 1 million barrels a day. And that would take time because, as Persian Gulf traders said: “800,000 barrels a day of their cutback is due to depletion that cannot be restored.”

Most oil-producing nations don’t want high oil prices. When that happens, demand goes down, and the dreaded competition – in the form of electric vehicles – gets a major boost.

That explains in part why Riyadh prevailed in the price-capping war in Vienna. Saudi Arabia is the only producer with some spare capacity; the real numbers are a source of endless debate in energy circles. US-sanctioned Iran, for its part, is in acute need of extra energy income and had to be against it.

The bottom line is that despite the agreement in Vienna, the price of oil, in the short-term, is bound to go up. Analyses by BNP Paribas, among others, are adamant that supply problems with Venezuela and Libya, plus the proverbial “uncertainty” about the sanctions on Iran, lead to “oil fundamentals still…favorable for oil prices to rise over the next six months despite the OPEC+ decision.”

Iran’s Petroleum Minister Bijan Zanganeh has done his best to downplay how much oil will really be back on the market. In tandem with Persian Gulf traders, he certainly knows that can’t be more than 1 million barrels a day, and that such an output boost will take time.

Considering that in realpolitik terms Riyadh simply is not allowed any “decision” in oil policy without clearing it first with the US, what remains to be seen is how Washington will react to the new, long-term Riyadh-Moscow entente cordiale. As far as oil geopolitics goes, this is in fact the major game-changer. 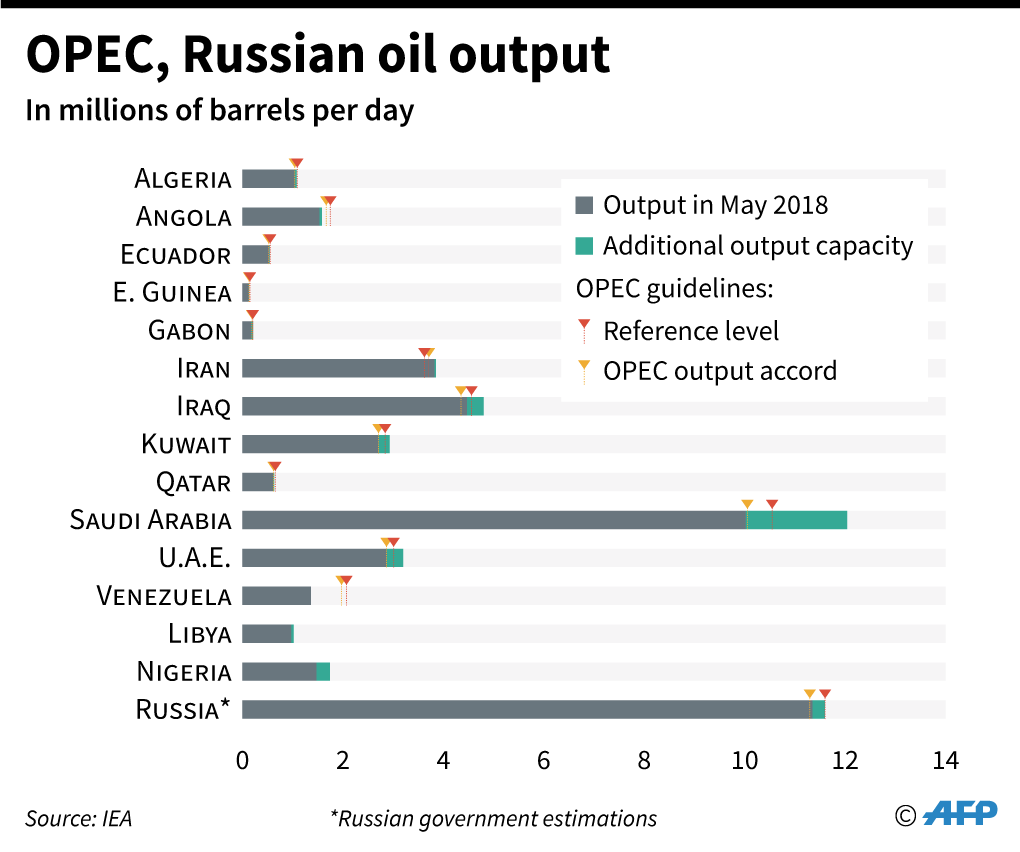 The Big Unknown is how the US economic war on Iran’s oil exports will play out.

Iran’s Zanganeh has been quite realistic; he does not expect buyers to get any sanctions waivers from Washington. Total and Royal Dutch Shell have already stopped buying.

Turkey’s Economy Minister Nihat Zeybekci has been blunt: “The decisions taken by the United States on this issue are not binding for us.” He added that: “We recognize no other [country’s] interests other than our own.” Iran is Turkey’s number-one oil supplier, accounting for almost 50% of total imports.

And Iraq won’t abandon strategic energy cooperation with Iran. Supply chains rule; Baghdad sends oil from Kirkuk to a refinery in Kermanshah in Iran, and gets refined Iranian oil for southern Iraq.

Russia won’t back down from its intention to invest $50 billion in Iran’s energy infrastructure.

Japan and South Korea are lobbying heavily to get waivers. According to South Korea’s Energy Ministry: “We are in the same position as Japan. We are in talks with the United States and will keep negotiating to get an exemption”.

In a less Hobbesian world, the EU-3 (France, UK and Germany), plus China and Russia – which all negotiated the Iran nuclear deal, known as the Joint Comprehensive Plan of Action or JCPOA, along with Japan and South Korea, would be telling the US the Trump administration’s unilateral economic war against Iran is, in fact, a violation of a UN-endorsed treaty, totally disregarding nations that have pledged to protect the JCPOA. In the real world though, that’s not going to happen.

It’s all about energy

Once again, the action to watch will be at the Shanghai Energy Stock Exchange. Petro-yuan contracts started trading in late March. By May, they were already covering 12% of the global market. The price of a barrel of oil, in yuan, has oscillated between Brent and West Texas Intermediate (WTI).

China is going no holds barred, betting simultaneously on Saudi Arabia and Iran. China Investment Corp. may well buy 5% of Aramco, at roughly $100 billion. In parallel, China started paying for Iranian oil in yuan in 2012. If the Europeans buckle up, as top Iranian analysts expect, the volume of energy business with China may soon reach $40 billion a year.

Iran is firmly linked to the petro-yuan. Iran now may rely on a fleet of supertankers, properly insured, to export its own oil. The Iranian calculation is that Washington’s economic war will spur higher oil prices. So, even if Iran’s exports are bound to suffer, energy income may not be affected.

Shaded by all these dramatic eruptions, we find some startling data. Iran – and Russia – may sit on an astonishing $45 trillion worth in oil and gas reserves. US fracking is largely a myth. Saudi Arabia may have at best 20 years of oil supply left. It’s all about energy – all the time.

The usual suspects will hardly sit back and relax while endlessly demonized Russia, just like Norway, builds a solid middle class through oil revenue and massive current account surpluses. Alarm bells are about to sound, to the tune of “Putin has taken over OPEC”. In fact, it was Putin who convinced Mohammad bin Salman (MBS) they should fight the US shale offensive together.

The OPEC-plus-Iran puzzle is far from solved. Only one thing is certain; the future spells out brutal, covert resource wars.