Two concept designs from Iranian companies are among the finalists at the 6th Annual Architizer A+Awards in New York.

The designs for the Tokyo Music Center from Hajizadeh & Associates and the Sadra Artist Forum in Shiraz created by Nextoffice are competing in the Unbuilt Cultural category. Both companies are located in Tehran.

“We decided to imagine a strategy to create an important urban plaza while keeping the music hall,” Hajizadeh & Associates said in an introduction to the design for the Tokyo Music Center published on the Architizer website.

“On the other hand, the development of a green space on the northern side of the site will create an attractive atmosphere,” it added.

Designs for the Museum of Forest Finn Culture in Svullrya, Norway and the UK Holocaust Memorial are also competing in the Unbuilt Cultural section.

Over 300 designs from across the world are competing in the various categories of the largest awards program for architecture and products. Winners will be announced on July 30.

Japanese Culture: Considering important natural points of the site and important surrounding buildings on one hand and considering Japanese culture and history especially in architectural spaces on the other hand will take into consideration a special typology not only in the form but also in the use of materials such as wood. 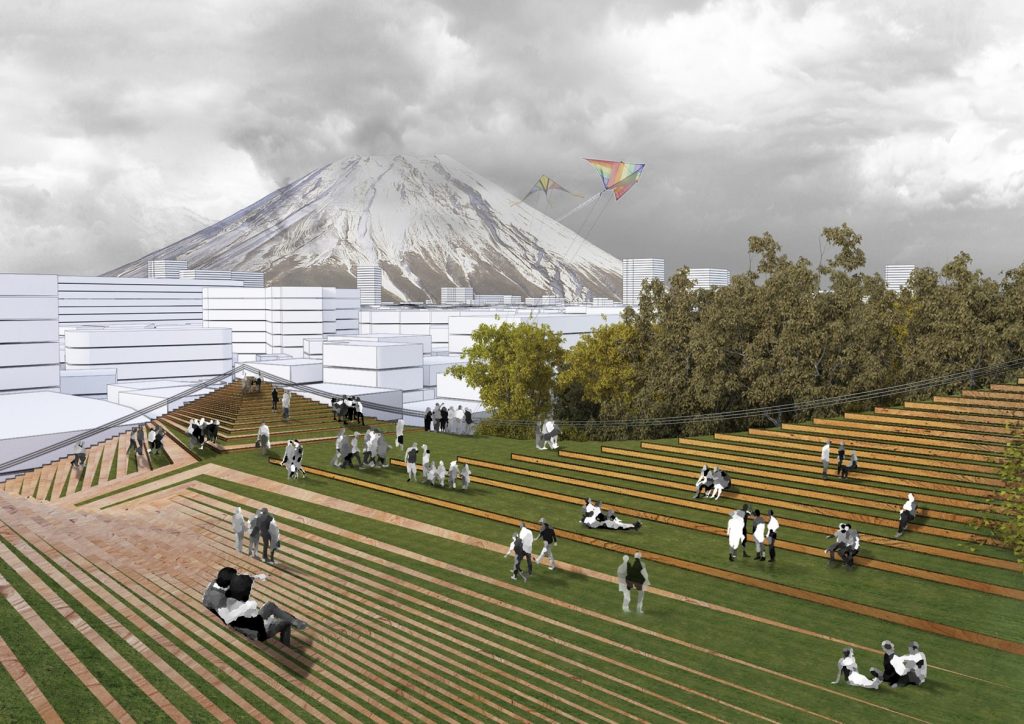 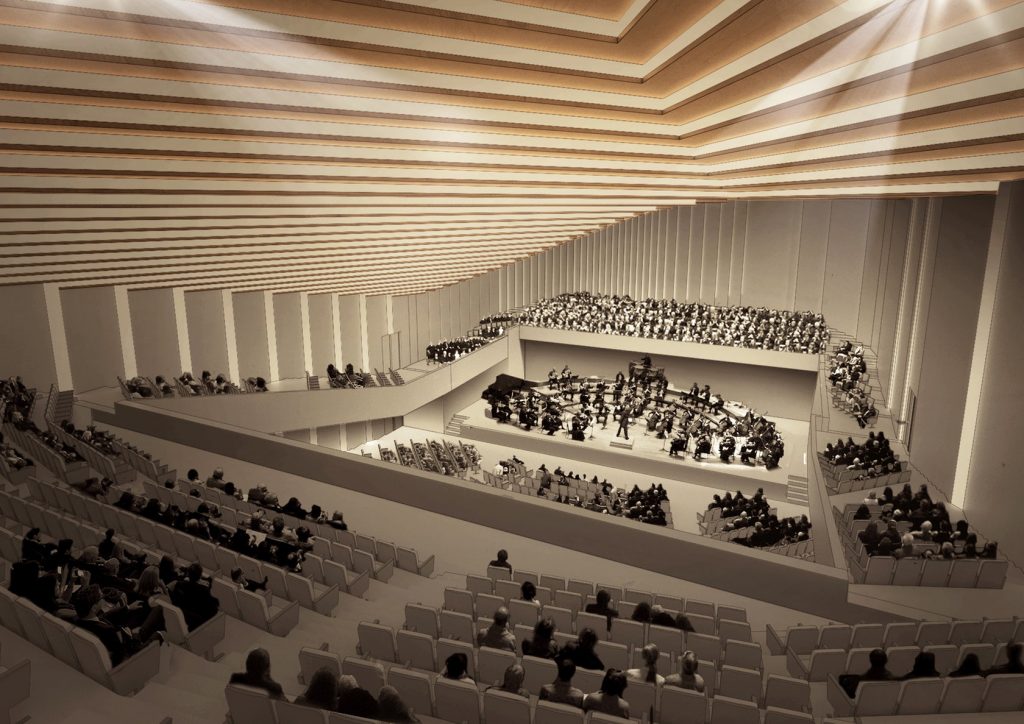 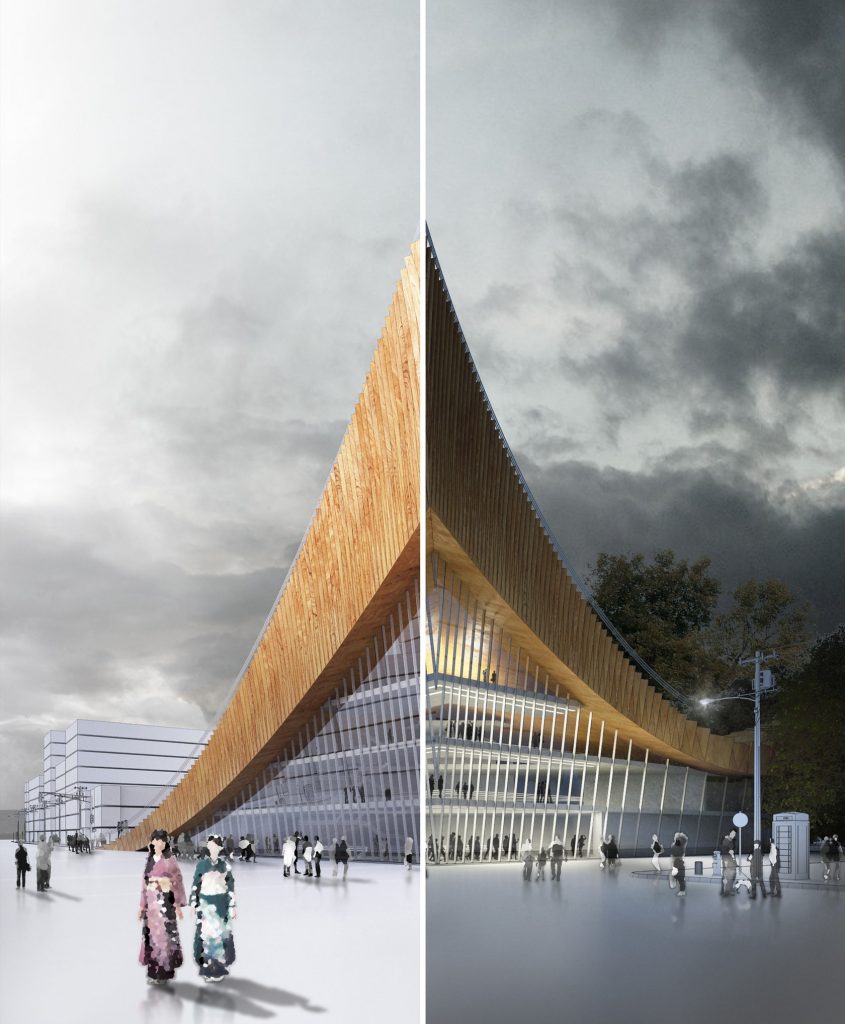 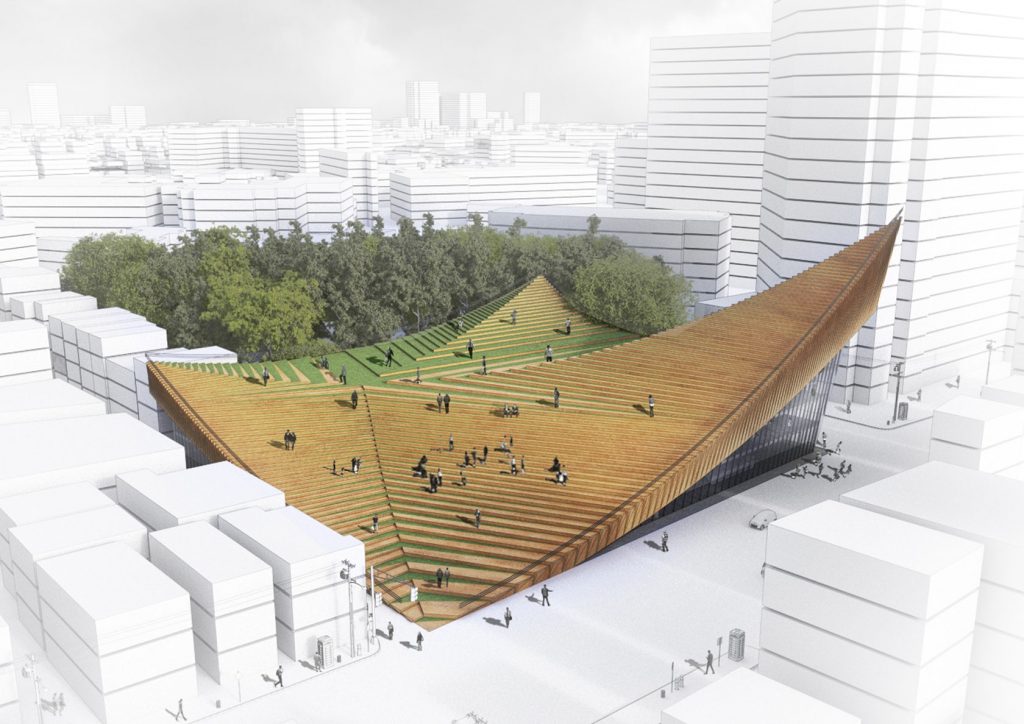 Sadra Artist Forum by by Nextoffice

As a result of its proximity to a megacity like Shiraz, the newly-built town of Sadra has practically turned into a subservient to such large a city. So as to raise the living and cultural standards of the town, several thematically cultural projects have been devised in one of the major hubs of the town. To serve this purpose, the concept of public and interactive spaces have been greatly accentuated in this project.

We reached the conclusion that the concern of this project was juxtaposition of four public spaces/states each of which demanding its own distinctive spatial features. The exterior, on the one hand, encompasses an area for artistic interactions and on the other hand, it actually is an accessible plaza for the people in the park. The former was supposed to be a retreat away from the ideological surveillance of the authority in spite of its accessibility to the public as well as its extensiveness; That is to say it was meant to provide an enclosed public space far from any inspection and at the same time quite freedom-oriented for parties of a few members like music bands or drama groups. That was while the latter was intended to be an autonomous and welcoming site joined to the park where common people would probably choose to go on a picnic or have fun in. The interior called for an unrestrained and adaptable atmosphere which could be home for various unpredictable events while at the same time approving of the variable nature of arts. The public plaza welcoming individuals, the free-of-inspection plaza designed for artists’ assembly, the closed spaces for various cultural applications and the area aimed and equipped for unpredictable artistic purposes are the four component parts that the design of the structure brings together in a single construction.