US assistance to the Saudi-led coalition’s war in Yemen has amounted to killing innocent Yemeni civilians, the New York Times argued in its newspaper.

The op-ed piece cited reports by the UN and international watchdog Human Rights Watch, which said the Saudi coalition is responsible for war crimes in Yemen.

The report also emphasised the role of the US is not only selling weapons to the coalition but also providing military assistance.

“It’s time for the United States and its Western allies to stop selling arms or giving any military assistance to Saudi Arabia and its coalition partners,” the newspaper wrote Tuesday.

The majority of US aid to coalition forces in Yemen have been in aerial combat, which received criticism when the US made the bomb was used to target a school bus, killing dozens of Yemeni children.

According to CNN, the weapon was a 500-pound laser guided MK-82 bomb made by Lockheed Martin, one of the top defence contractors in the US. The bomb was sold to Saudi Arabia in a State Department approved arms deal.

The violence in Yemen has devastated the country’s infrastructure, including its health and sanitation systems, prompting the UN to describe the situation as “one of the worst humanitarian disasters of modern times”. 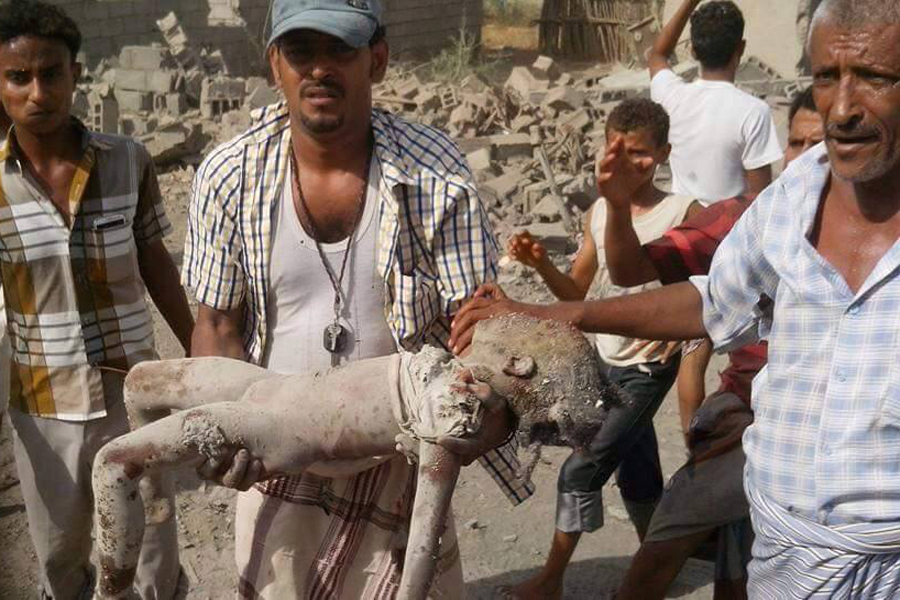 About 6,660 civilians have been killed and 10,563 injured in the Yemeni conflict since March 2015, according to the UN Human Rights Office.

International organisations are not the only ones who have become irritated by the record of the coalition forces.

“We’re concerned about civilian casualties, and they know about our concern,” Lt. Gen. Jeffrey Harrigian told the New York Times.

The Times said the next step for the US should be to cut off aid to Saudi Arabia, a move that is not likely to happen.

Secretary of Defense James Mattis said Tuesday that while US support to Saudi Arabia is not unconditional, it will continue to assist coalition forces fighting in Yemen.