The Iranian contingent ended the 2018 Asian Games in Indonesia with 62 medals, including 20 gold, 20 silver and 22 bronze medals.

Iran finished in sixth place in Indonesia, while the Persians had come fifth four years ago in the 2014 Asian Games in Incheon, South Korea.

Erfan Ahangarian bagged a gold medal in wushu after defeating Wang Xuetao from China 2-1 in the final match of the Men’s Sanda -60kg.

Climber Reza Alipour gained a gold in the competition ahead of China’s Zhong Qixin.

Weightlifter Sohrab Moradi won gold in the men’s 94kg class. Super heavyweight weightlifter Behdad Salimi claimed his third successive gold medals in the +105kg in the Asian Games and announce his retirement after the event.

Asian giants China extended their lead at the top of the medal table. The Chinese sportspersons had 289 overall, with 132 gold, 92 silver and 65 bronze. 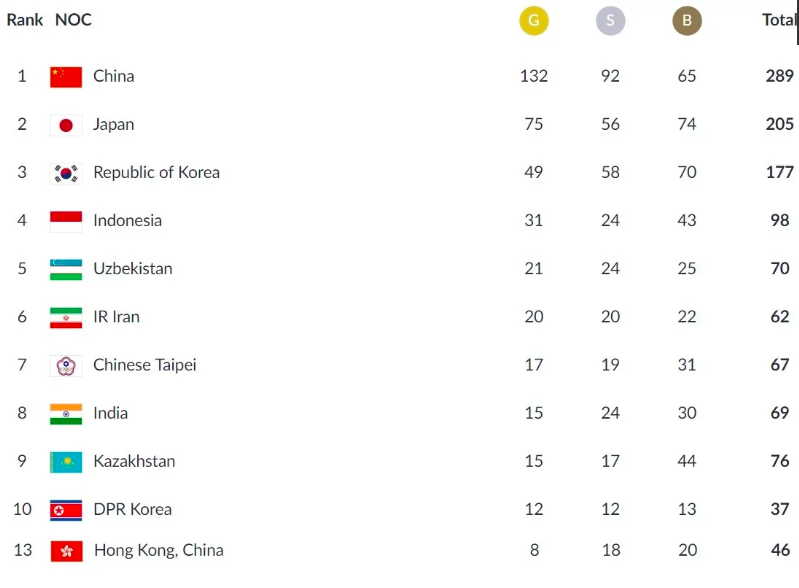