CNN Ratings Down Sharply, Losing To Nickelodeon And Fox News 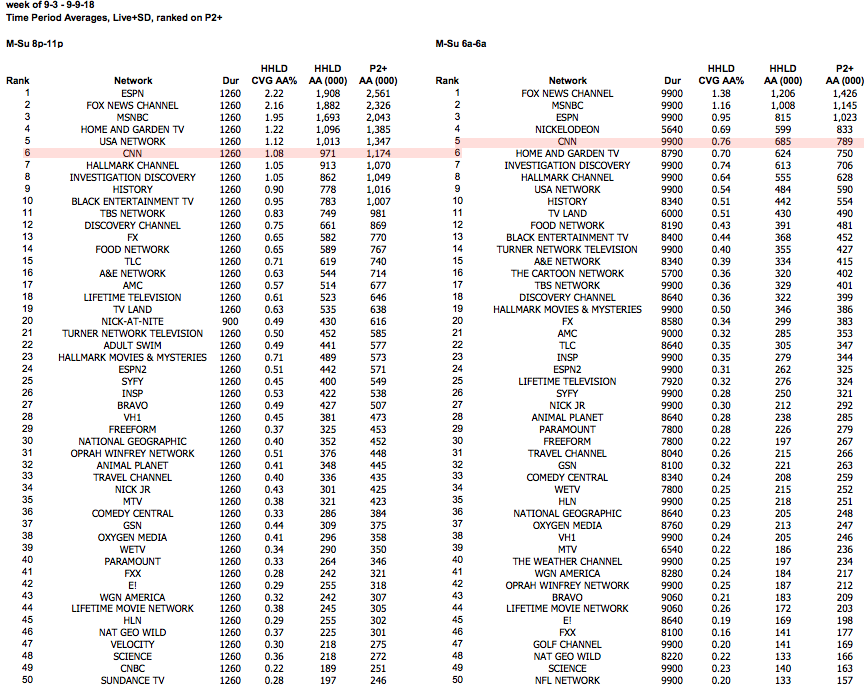 The increasingly more partisan news network was once again beat by its traditional competitors: Fox News was No. 1 across the board for basic cable for the Labor Day week of Sept. 03, 2018 (No. 1 in total viewers across the 24-hour day for 35 consecutive weeks), while MSNBC came in second.

In basic cable, CNN placed fifth with ESPN and Nickelodeon placing No. 3 and No. 4, respectively as Sponge Bob suddenly emerges to be more popular/credible than Jake Tepper and Chris Cuomo.

In primetime, CNN ranked No 6. while ESPN secured the first ranking. Fox News, MSNBC, HGTV, and the USA network all placed higher than CNN for primetime views.

CNN’s sharp fall might be the result of President Trump’s relentless hostility towards the network in the last several years.

Of course, it may also simply be the result of increasingly more viewers switching over to other, less biased sources of news and information.