Russia has decided to send to Syria its S-300 VM system and has started delivering the Krasukha 4 radar systems jammer and other related military equipment. These installations indicate the low level of relations between Moscow and Tel Aviv. Israel’s capacity to destroy the new Russian system in Syria is not at issue. Israel may find a way to do so. Nevertheless, any such move will be a direct challenge to Russia’s superpower status.

Russia has repeatedly shown strategic patience: when two of its planes were shot down (first by Turkey in 2015), when the US launched 59 cruise missiles above its head, and when the US bombed Syrian positions and Russian contractors in Deirezzour. The latest of many Israeli provocations risks making Russia look weaker than it is. In this way Israel has forced Russia to make an aggressive response.

The Russian decision to deliver these advanced missiles system, capable of neutralising any enemy target with a range of 200 km, doesn’t mean Syria will start operating them tomorrow and will thus be able to hit any jet violating its air space and that of Lebanon. Russia is known for its slow delivery and will have to be in control of the trigger due to the presence of its Air Force in the air together with that of the US coalition.

Israeli arrogance pushed president Vladimir Putin to come out of his comfort zone in taking this decision.

Israeli arrogance pushed president Vladimir Putin to come out of his comfort zone in taking this decision. The Russian command expressed its anger bluntly when describing Israel as “highly ungrateful”. It seems Russia has helped Israel extensively during the years of its presence in Syria (since 2015) at the expense of the “axis of the resistance”, including Syria. Russia’s goal has been to keep a balance between this axis and its relationship with Israel.

Russia’s quandary is the difficulty of maintaining such a balance in this complicated conflict. The US has taken a clear stand behind Israel. Russia was also trying to align itself with Israel, despite the fact that Tel Aviv – a military state with a government – is not interested in balance. Israel’s most recent behaviour amounts to downgrading and mocking Russia’s position as a superpower.

Israel’s politico-military leadership was not embarrassed to inform Russia only one minute before its attack on the Latakia warehouse manufacturing spare parts of the Syrian M-600, the equivalent of the solid fuel precision missile Fateh-110. Moreover, Tel Aviv misinformed Russia’s Hmaymeem coordination centre, claiming that the Israeli attack would come from the east. The Russian command instructed the IL-20 to move west and land at the airport to avoid being caught in a cross fire. But the Israeli F-16 jets arrived from the west and not the east, leading to the downing of the IL-20 and the death of the 15 Russian servicemen.

Russia’s efforts at a balanced position have met with Israeli abuse. President Assad told his Russian homologue – during their last conversation – that Israel, under the pretext of hitting Hezbollah arms convoys, is destroying the Syrian army’s infrastructure, preventing it from recovering. Prime Minister Netanyahu has been undermining Putin in punishment for the neutral stand the Russian president has been trying to adopt.

But the most serious decision is not the long-delayed delivery of the S-300 VM but the decision to close Syrian airspace and prevent any hostile jet from violating it.

Israel’s aggressive posture led it into a tactical mistake. It is now faced with a strategic crisis as its condescension pushes Putin to arm Syria further. But the most serious decision is not the long-delayed delivery of the S-300 VM but the decision to close Syrian airspace and prevent any hostile jet from violating it. In this regard Russia may not be able to avoid direct confrontation with the US, whose forces (including the UK and France) are occupying the al-Tanf crossing between Syria and Iraq as well as the province of al-Hasaka and part of Deir-ezzour. 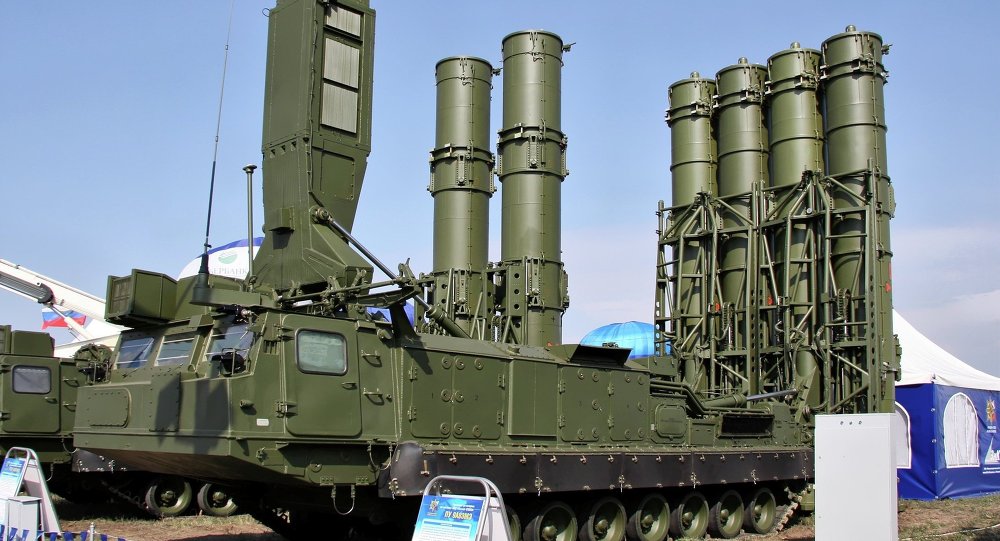 The “Axis of the resistance” is watching from afar and has decided not to intervene in order to avoid any involvement with Putin’s decision. They see his move as positive and a first step away from the Russian president’s neutral stand. The move is accordingly unwelcome to “ungrateful” Israel.

The Russian decision wasn’t born from the void but from cumulative Israeli actions to cripple the Syrian army’s capability when Russia has been trying to rebuild it. Putin’s decision goes beyond the relations of Israel and Moscow. There is a regional-international war going on in the Levant. All weapons are being used in the Syrian-Lebanese-Iranian theatre with the exception of outright nuclear bombs.

The “Axis of the resistance” is watching carefully and reaping benefits from US and Israeli mistakes. However, the last chapter in this war has not been written. Syria will ultimately be left with al-Hasaka and al-Tanf to liberate, both occupied by US forces. The Syrian war remains full of surprises, and dangers may multiply at any moment.

PrevPreviousThirty Years On, Why ‘The Satanic Verses’ Remains So Controversial
NextMotion Banning UK Arm Sales To Israel Passed By LabourNext