Freya Stark was born in Paris 1893 and raised in Italy and England. Her father was English and mother Italian. She spoke English, French, Italian and German and later learned Arabic, Persian and at 60, Turkish.

At 9 she was given the book, One Thousand and One Nights as a birthday present which must have piqued her curiosity about the Middle East, its people and religions.  It is hard to say at what point Freya who had a Bohemian, nomadic and unstable childhood imagined herself to be able to do the things she later achieved in life. As she turned the pages she must have imagined herself as Scheherazade, telling enchanting stories, captivating the tyrants and keeping herself relevant and alive by coming up with another, yet, even more exciting tale in the world that men ruled.

Freya major book was The Valleys of the Assassins: and Other Persian Travels. It was a difficult and dangerous journey to Alamut at the time. She also remapped the Elbourze mountains. The Valleys of the Assassins was her first eminent work which caught the attention of the scholars. The book since its publication in 1934 is still in print.  It is interesting to note that Bernard Lewis some 30 years later wrote a book on the Ismaili sect and couldn’t help it by not taking a cheap academic shot at it by linking them to modern Islamic terrorists. Freya, unlike Bernard Lewis, was not looking at life from a balcony but she was on the road walking and talking to people, sympathising with them sharing their burden. 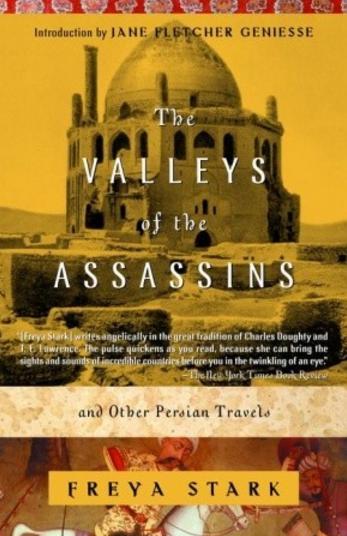 Freya was an Arabist.  She did her best to win the Arabs over so they wouldn’t join the Germans.  She “founded the Ikwan al-Hurriyah, the Brotherhood of Freedom, a network of British sympathisers that helped sustain Egyptian and Arab loyalty behind the Allied lines, and whose numbers swelled to 40,000.”  Lawrence called her, “a gallant creature.” after reading her book, The Valleys of the Assassins only a year before he died. 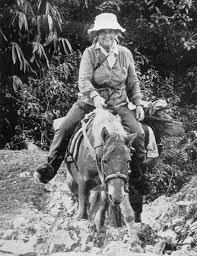 She connected with local people and governments and passionately believed in her ideals. The tone in her writing is non-colonial, humble and appreciative of her subject matter. She later became very critical of the French and British governments treatment of the Arab nations. In U.S. she campaigned to put a limit on Jewish migrations to Palestine but was laughed at and labelled “Judeaphobe” . 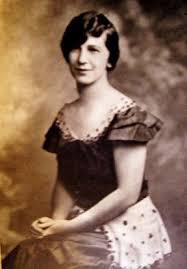 In 1969, when she was 76 she travelled to Iran and Afghanistan. This was her last important trip which resulted in another book,The Minaret of Djam. She travelled till she was 92. Freya was over 100 when she died in Asolo, Italy.