The contrived outrage regarding Putin’s high five with Saudi Crown Prince Muhammad Bin Salman obscures the fact that Russia-Saudi and the Saudi-US relations are completely different.

The US relationship with Saudi Arabia, a longstanding outrage among those who take US foreign policy rhetoric about “human rights” seriously, is widely in question. The slaughter of Jamal Khoshoggi, a journalist associated with the Washington Post, carried out in a particularly brutal manner, was hard to overlook. The fact that the USA sells huge amounts of weapons and purchases huge amounts of oil from a despotic monarchy that still practices public beheadings, while normally overlooked, has suddenly become a widespread topic of debate. The atrocities in Yemen, currently committed by the Kingdom in effort to restore puppet leader Mansour Hadi, are suddenly now up for debate as well, with liberals suddenly being outraged by crimes they previously ignored.

However, those forces that seek to change the conversation, have latched on to clever conversational diversion. Yes, while the US government’s relationship with the Saudi monarchy is one of billions of dollars in weapons sales and contracts with Wall Street’s four supermajor oil monopolists, Russian President Vladimir Putin is being blasted for giving a “high five” to the Saudi Crown Prince at the G20 in Argentina.

The clip has been widely circulated by Russia’s detractors as “proof” that Russia’s relationship is somehow the moral equivalent of the US relationship with the Saudi autocrats. Not only has the short video clip circulated the web, but a confused sketch on the popular US comedy sketch took it to even further, confused levels.

The reality is that Russia’s foreign policy and Saudi foreign policy simply do not coincide. Russia is supporting the Syrian Arab Republic, Saudi Arabia supports those working to violently overthrow it. Russia is friendly with the Islamic Republic of Iran and closely financially tied to it, while Saudi Arabia seeks to isolate Iran and pushes anti-Shia sectarianism among the Muslims of the world.

Yes, Russia and Saudi Arabia have been intensely negotiating in recent months, for very clear reasons. Russia, like Saudi Arabia, is a major oil exporting country. During the years of the Bush administration, the oil prices skyrocketed to some of the highest prices in history, reaching over $110 per barrel. Then, starting in 2014, the oil prices dropped to historic lows, at one point reaching a mere $27 per barrel. 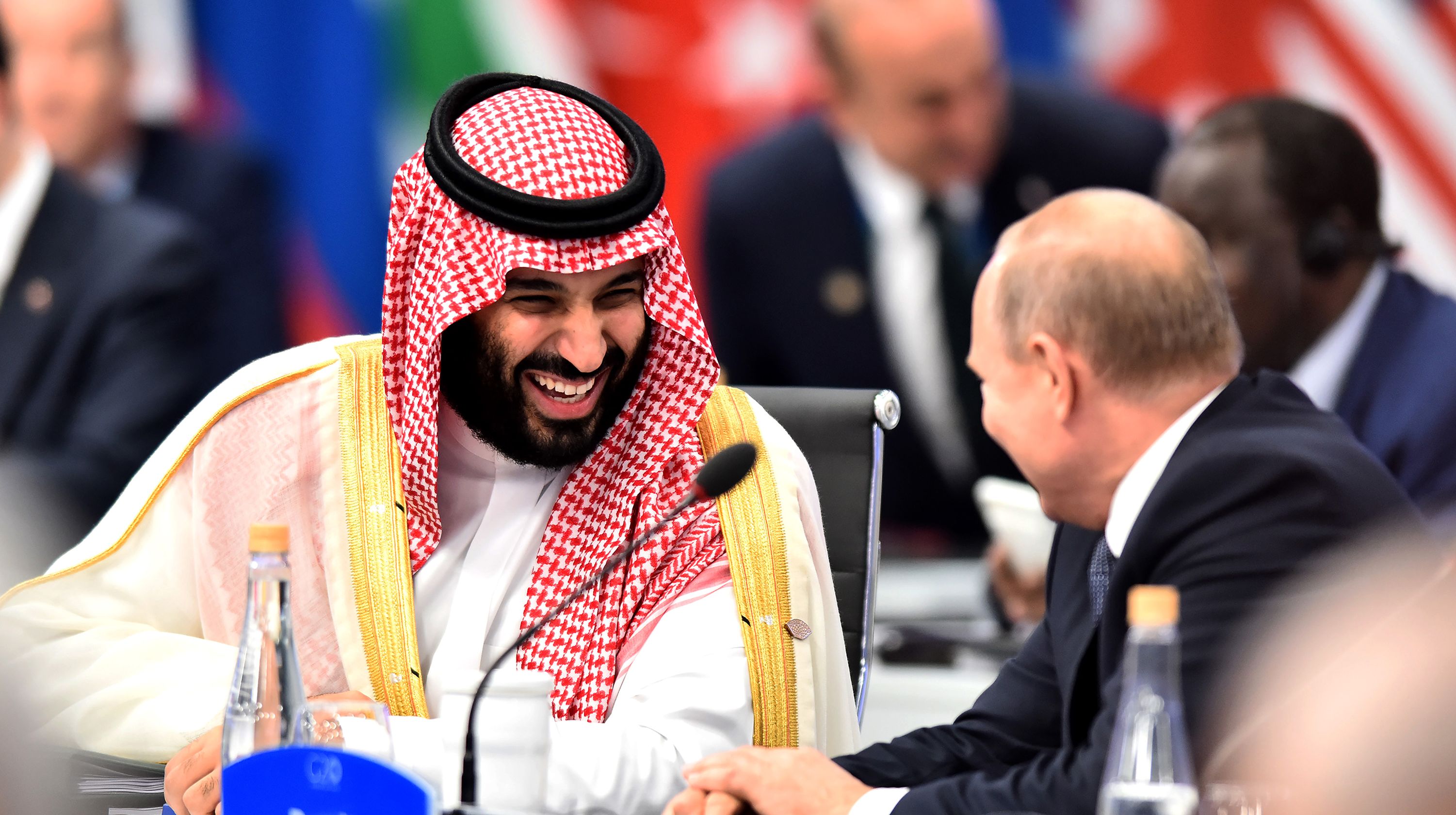 These erratic shifts in the oil markets caused huge problems, not just for Saudi Arabia and Russia, but for the global economy. Brazil saw big problems with Petrobas, its state run oil company. Venezuela suffered the most, with a food crisis and political turmoil. Nigeria faced hardship, as did other oil producing state. Fracking colonies in the barren regions of America such as North Dakota dried up and collapsed. Fracking companies went bust, with the big four supermajors restoring their monopoly significantly.

Saudi Arabia seemed to be working against its own interest, churning oil onto the markets, driving the price down, and bankrupting itself. Regardless, oil prices now seem to be much more stable, not astronomically high and not catastrophically low.

This is mainly due to the huge efforts of Vladimir Putin in negotiating with the Kingdom of Saudi Arabia. Putin and the crown prince of Saudi Arabia have negotiated to keep the prices in a safe, predictable place.

The fact that Putin has been able to maintain a relationship with the Saudis and negotiated with them to keep oil production in order, and work with other OPEC countries to do the same, is not a moral outrage whatsoever.

To equate this with the US propping up, arming, and bankrolling of Saudi Arabia, as a calculated social media campaign has aimed to do, is simply outrageous.

The human lives lost in Yemen, killed with US made weapons, cannot be equated with a friendly hand gesture. Russia has negotiated with Saudi Arabia to keep oil markets secure, while the USA and Britain have propped up a brutal autocracy with links to terrorism.

PrevPreviousPompeo Says Iran, China, And Russia Causing Global Instability
NextIranian Air Force Commander: We Are Working On Increasing The Range Of Our MissilesNext