Israel has attacked Syria many times during the last seven years of war imposed on Syria. It has run red-lights and broken taboos in order to provoke the “Axis of the Resistance” inside Syria, but has refrained from infuriating Hezbollah in Lebanon. Nevertheless, the most recent Israeli attack has pushed Syria and its allies beyond tolerable limits. Thus, President Assad prepared himself for a battle against Israel between the wars, knowing that such a battle could last weeks. But the president of Syria won’t be alone: Assad and Hezbollah’s Secretary general Sayyed Hassan Nasrallah will both be running any future battle against any Israeli aggression when the decision to engage will be taken.

Most recently Israel bombed the Syrian army and destroyed the Iranian Revolutionary Guard Corps (IRGC) offices and bases in Syria without inflicting any human casualties. At the same time, Prime Minister Benjamin Netanyahu put himself on the level of IRGC-Quds brigade General Qassem Soleimani, by challenging him on social media.  In fact, Netanyahu fell right into the trap the Iranian general set for President Donald Trump.

Soleimani asked President Hassan Rouhani “to avoid answering this thug (Trump) who is beneath your level” and to allow him (Soleimani) to respond to Trump’s provocations of Iran. Thus Soleimani, a mere officer in the Iranian security forces, engages leaders of countries and even an arrogant Prime Minister who commands what he considers the best army in the Middle East and among the strongest in the world. But Soleimani’s style is different from Netanyahu’s. He doesn’t have a twitter account; he spends his time in the battlefield and in meetings with group leaders, officials, and sometime presidents and prime ministers. Soleimani is patient but he can be expected to respond to provocations sooner or later. 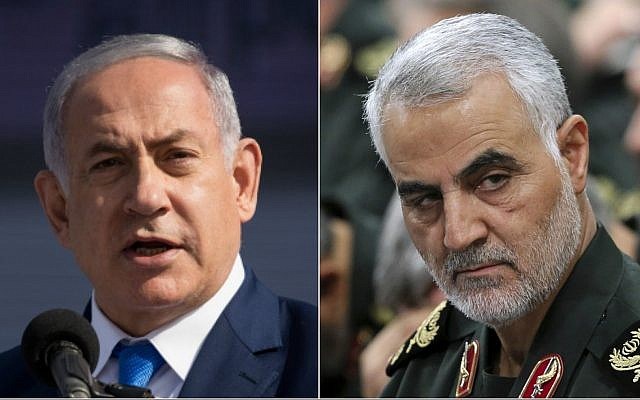 Well-informed sources say that Iran is unwilling to abide the repetitive Israeli aggression against Syria and IRGC positions. The Axis of Resistance is aware that Netanyahu is trying to pull it into a confrontation while US forces are deployed in Northeast Syria and before the Warsaw meeting organised by Trump against Iran. It is a difficult moment for Iran to react, but that doesn’t mean its allies can’t respond.

As noted in a previous article about the decision of the central government in Damascus to establish a new rule of engagement against continuous Israeli attacks, Syria was planning retaliation against any future Israeli attacks. This Syrian decision came just before Trump’s announcement of his intention to withdraw from Syria. This statement gave pause to Syria and its allies, as they reflected upon the best way to respond.

Tel Aviv is aware of the limitation of Iran in this critical moment and understands that the Resistance Axis would rather see a US withdrawal than to retaliate against Israel continuous attacks. Nevertheless, the most recent Israeli attack has pushed Syria and its allies beyond tolerable limits. Netanyahu announced his responsibility for the multiple bombardments of Syria–an unprecedented break with Israel’s protocol of silence. He used the army as an advertising tool for his forthcoming election.

The Israeli Prime Minister perhaps doesn’t realize that Soleimani won’t reply to his provocation in Syria because Iranian targets were not bombed in Iran. Damascus, a close and strategic Iranian ally, responded to the attack by launching missiles against Israel which has driven it out of control bombarding tens of targets to avoid a larger escalation. Nevertheless, the Syrian Ambassador to the UN Bashar al-Jaafari warned that Tel Aviv airport could be bombed if Israel repeats its aggression on Syria. What al-Jaafari didn’t reveal is the fact that President Assad prepared himself for a battle against Israel between the wars, knowing that such a battle could last weeks.

Indeed, a long battle between Syria and Israel would put an end to Netanyahu’s chances to be re-elected. No Israeli Prime Minister has been elected who has exposed his country to danger and triggered the death of citizens. 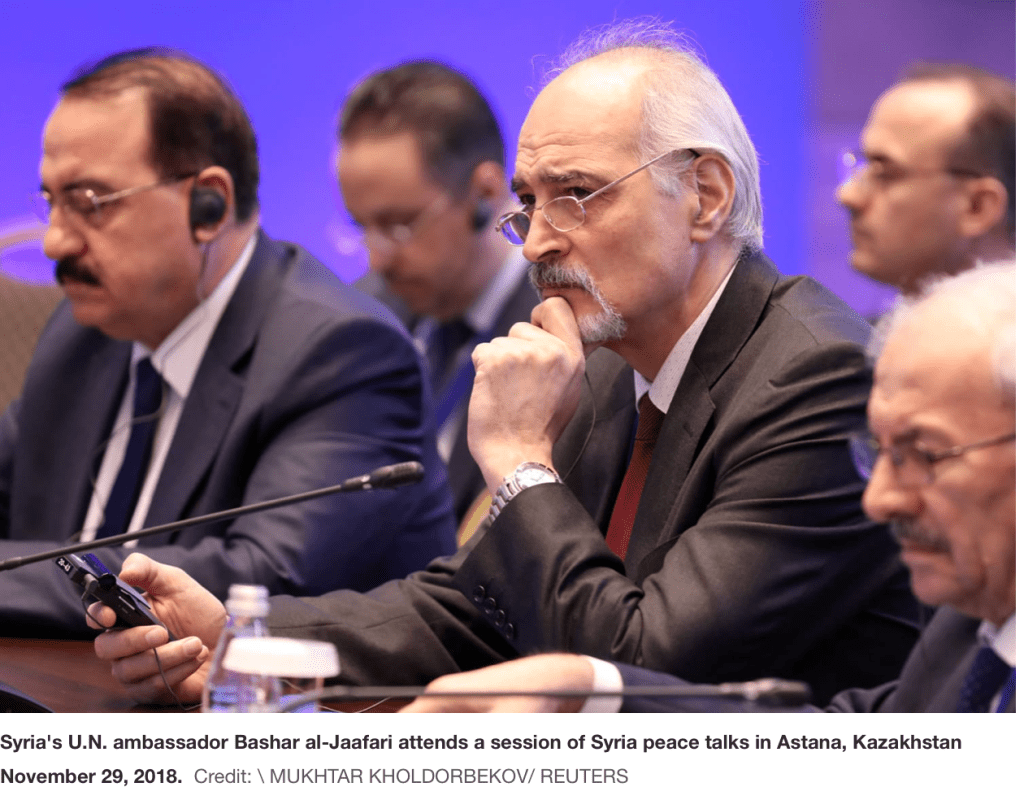 But how can Syria retaliate if, as Israel claims, all Syrian and Iranian warehouses have been bombarded and destroyed with their thousands of missiles? How can Hezbollah support Syria if, as Israel claims, it has crippled all convoys transiting from Syria to Lebanon? How is it possible to re-supply Lebanon if the US is occupying the al-Tanf crossing between Syria and Iraq, allegedly to stop the flow of weapons from Tehran to Beirut?

In 2006, Israel paid the price when it believed that it had undermined Hezbollah’s arsenal and discovered, through the massacre of the Merkava at Wadi al-Hujeir and the bombing of the Saar-5 vessel, that its intelligence about Hezbollah missiles and Syrian support was poor and that the US and Israeli intelligence failed. Tel Aviv wrongly believed it could easily fulfil the US dream of establishing a “new Middle East” announced by its Secretary of State Condoleezza Rice. No one in Israel expected Hezbollah to stand with its Kornet anti-tank guided missiles and its Chinese anti-ship missiles.

Today, the Resistance Axis, i.e. Syria and Hezbollah in the Levant, have not only greater experience of warfare, but they also have more modern anti-ship missiles (Yakhont) and other lethal surprises like precision missiles capable of hitting any target anywhere in Israel. 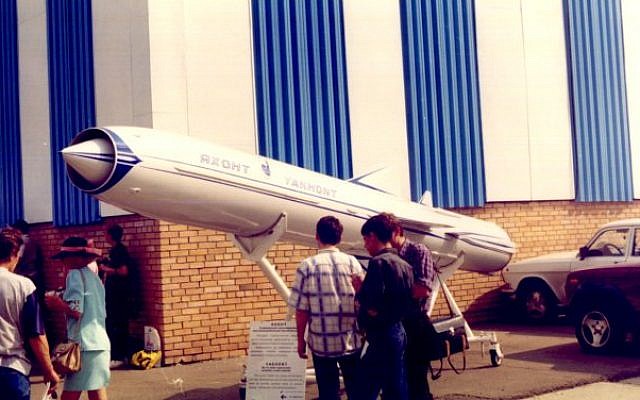 Moreover, Hezbollah has several bases for its strategic missiles on the Lebanese-Syrian borders. The group will not hesitate to generously use them against Israel if Israel attacks its ally Syria. But Hezbollah is not expected to limit its support to weaponry. Sayyed Hassan Nasrallah is not only a master orator and a skilled psychologist of warfare, but also a meticulous military planner and commander. He was present in the military operational room in every single battle against Israel and participated in every single move his men took against Israel in the 2006 war and since. Logistic-technical-military planning and command and control between Hezbollah and Syria is today united. Nasrallah knows how to fight Israel, how much fire power to use and when. Assad and Nasrallah will both be running any future battle against any Israeli aggression when the decision to engage will be taken.

Russia is aware of determination of the Resistance Axis to respond and the danger this could pose for everyone in the Levant.

Russia is aware of determination of the Resistance Axis to respond and the danger this could pose for everyone in the Levant.  The Russians tipped the IRGC to evacuate their command and control bases less than an hour before they were attacked by Israel. Russian military command asked the IRGC about their new command and control bases and were told that “their bases, from today onward, will be spread over the entire Syrian geography alongside the Syrian army, in every single barracks”.

This answer pushed Russia to ask Israel, more directly and overtly, to stop bombing Syria. Russia would hate to find itself in the middle of an exchange of missiles between Syria and Israel flying above its head in the Levant.

Netanyahu’s arrogance pushed  him to abandon Israel’s policy of refusing to admit responsibility for its aggression, confusing the military command. The Prime Minister transmitted his electoral gossip inside the military establishment; he prefers to become a social media star rather than to follow the discreet example of his predecessors.

If Netanyahu wants to be re-elected, he needs to avoid a battle with Syria whose outcome he cannot control; his best strategy would be to keep silent until the polls.