US president Donald Trump’s statement of his intention to remain in Iraq in order to “be looking a little bit at Iran because Iran is a real problem” has created a political storm in Mesopotamia among local politicians and groups now determined to put an end to the US presence in the country. Many are upset by Trump’s statement, saying that the “US forces are departing from their initial mission to fight terrorism, the reason for which they are allowed to stay in Iraq”. Iraqi President Barham Saleh commented that the US administration did not ask Iraq’s permission for US troops stationed in the country to “watch Iran”.

US forces have been deployed in Iraq in large numbers since 2014 when ISIS occupied a third of the country. The US establishment under president Obama refrained from rushing to support the Iraqi government, leaving room for Iran to act rapidly and send weapons and military advisors to Baghdad and Erbil. The intentionally slow US reaction pushed the Grand Ayatollah Sayyed Ali Sistani to call for the mobilisation of the population, a call that led to the creation of the Popular Mobilisation Forces (PMF), called Hashd al-Shaabi, who managed to stop ISIS’s advance. 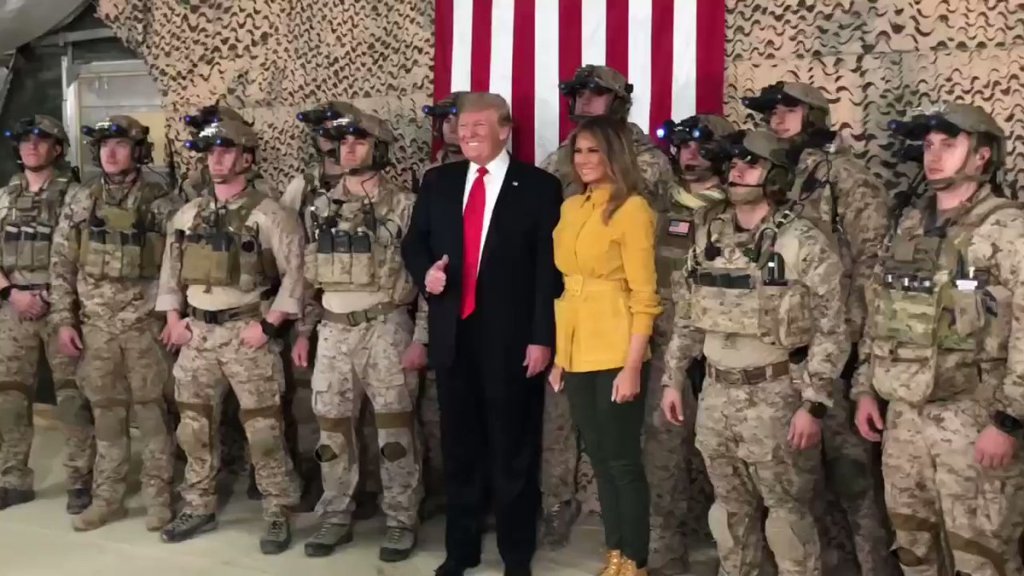 Moreover, in response to Iraq’s request, a joint military operational room was formed in Baghdad’s “Green Zone” where Russian, Iranian, Iraqi and Syrian high-ranking officers are still present, coordinating military attacks and sharing electronic and other intelligence information about ISIS whereabouts and the movements of its militants, sleeping cells and leaders.

The US also offered to conduct intelligence operations and air strikes against ISIS. Nevertheless, during the period that the ISIS threat diminished the number of the US forces has more than doubled, from 5,200 to 11,000, according to sources within the Iraqi government; some Iraqi sources claim the real numbers are much larger, with as many as 34,000 US servicemen spread over 31 bases and locations, along with Iraqi forces. There are no military bases for US forces only.

US forces are officially based at Camp Victory within the perimeter of Baghdad airport, Camp Al-Taji situated 25 km north of Baghdad, Balad Airbase which is 64 km north of Baghdad, Al-Habbaniyah Camp between Ramadi and Fallujah, Qay’yara Airfield 300 km north of Baghdad, Kariz base in Zummar Nineveh, Ayn al-Assad Airbase close to Baghdadi in al-Anbar province, Kirkuk al-Hurriya Airbase, Bashur base in Erbil, Erbil International Airport command and control base, Harir Shaqlawa Kurdistan in Erbil and Atrush Field in Duhok. US forces constructed a new Airbase close to al-Qaem on the Iraqi-Syrian borders and another close to al-Rutbah east of Ramadi and close to the Syrian borders. The US forces have a military presence within the Iraqi security forces in various locations and camps, mainly within the Counter-Terrorism units.

Trump visited one of these bases, Ayn al-Assad, during the Christmas and New Year holidays. The breach of protocol associated with his visit created domestic upheaval, leading many Iraqis to call on the Parliament to expel US forces from Iraq; the three leading Iraqi officials (Speaker, President and Prime Minister) refused to meet him at the US part of the base.  For security reasons the US President was forced to keep secret his visit to a country where he has thousands of forces on the ground. By contrast the Iranian Foreign Minister, Mohammad Jawad Zarif, visited Iraq for five days meeting local officials in Baghdad, Najaf and Karbala. 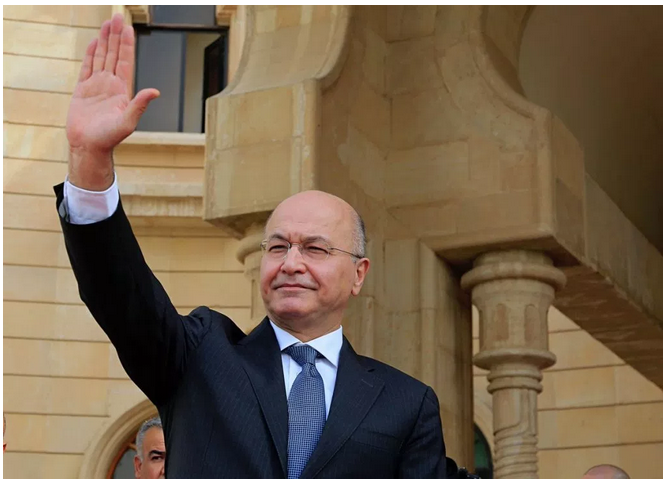 “Iran has asked all their friends in Iraq to refrain from attacking the US forces and instead to arm themselves with patience for the day when US forces refuse to leave if and when the Parliament approves a bill asking them to return home. Should this happen, US forces would be considered an occupation force, giving legitimacy for the Iraqi resistance to attain their goal”, said the source.

These Iraqi organisations are keeping a close watch on the US forces’ movement in the country. They consider the US establishment a source of trouble to the country and the region. Last week, Iraqi security Forces Hashd al-Shaabi forced a US patrol to return from their mission, preventing them from entering the city of Mosul on foot. The Iraqi forces consider the US is diverging from its mission to help Iraq fight terrorism when US forces patrol Iraqi cities for their own training purposes.

Hashd al-Shaabi has a grudge against the US forces for having bombarded Iraqi forces on the borders between Iraq and Syria, causing dozens of casualties. US officials offered repeated apologies, accusing Israel of the bombing and promising that such “mistakes” would not be repeated in the future. US officials feared the Hashd reaction and were concerned about their own troops on the ground.

According to Iraqi sources, the Parliament “needs several months to coordinate a large action and the preparation of a bill asking for the withdrawal of the US forces from the country. This campaign is expected to be guided by the Sadrist leader Sayyed Moqtada al-Sadr”. The Sadrist groups are feared by the US for their long history of attacks against US forces during the occupation of Iraq between 2003 and 2011. Those mainly responsible for attacking and killing US occupation forces were Sadrists leaders who today lead their own groups: Asaeb Ahl al-Haq, Kataeb al-Imam Ali and Harakat al-Nujaba’.

From 2003-11, the US declared themselves an occupation force. Today, these forces are present following an official request from the central government in Baghdad. Thus, their departure should follow on a parliamentary initiative, according to article 61 of the constitution. 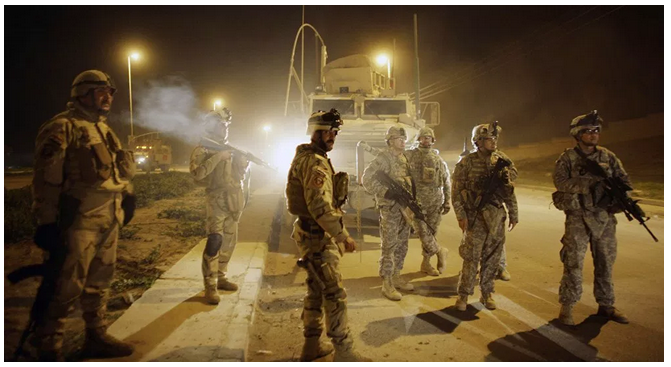 The Iraq government would like to avoid an aggressive stand against the US and is not looking to have Washington as an enemy. At the same time, Iraq doesn’t want to be considered submissive and under the wing of the US and its policies. The US aims to pull out its forces from Syria – if Trump’s warmonger advisors allow him to do so – to deploy them in Iraq–a move that should increase the number of US forces in Iraq. This would represent a further provocation to the Iraqis.

Simultaneously, Iraq is cooperating with Iran on all commercial levels, especially with regard to energy. Washington would like to prevent any selling of Iranian oil and would like to make sure Iraq is not helping Iran or becoming hostile to Israel.

It is too late: the three Iraqi leaders (the president,the prime minister, the speaker) are closer to Iran than the US. Nevertheless, these leaders, unlike, for example, a figure such as Nuri al-Maliki, do not have a record of hostility to the US. That said, Trump is mistaken if he believes Mesopotamia will bow to his wishes and become the platform for an attack on Iran.