Japanese refiners are in a rush to buy as much Iranian crude as they can before the sanction waiver window granted by the U.S. Treasury Department closes in May, S&P Global Platts reports, citing unnamed sources.

The sources said local refiner Cosmo Oil had ordered a cargo of 900,000 barrels of Iranian heavy crude, to be loaded early next month and this will likely be the last cargo of Iranian crude to be shipped to Japan.

Japan last year suspended all purchases of Iranian crude in anticipation of the sanction waiver it received from the United States in November but has been slow to resume imports of the commodity once the waiver was secured. 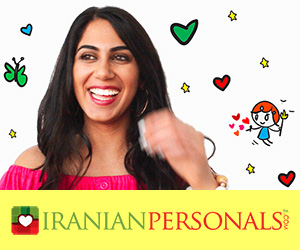 Japan refinery industry insiders said late last year that they were planning to resume imports of Iranian crude in early 2019, with Trade Minister Hiroshige Seki telling Reuters in November “It would be up to the judgment of private firms, but based on this decision, the (Japanese) companies would likely prepare for resuming Iran crude imports.”

Japan is one of Iran’s largest oil importers, but it is also the United States’ staunchest ally in Asia—and the combination of the two has not worked to Tokyo’s advantage. While the government has been trying to secure a waiver from the U.S. State Department, the Japanese economy seems to be dependent enough on U.S. lending to make local refiners extra-cautious.

Now, as Washington reiterates its zero-exports policy towards Tehran, Japanese refiners are apparently trying to make the most of what window they have before the sanctions snap back.

“The US policy is to drive Iranian exports to zero,” a State Department official said at a news conference in Tokyo. “That policy has not changed. We are unwavering in our policy.” However, Francis Fannon, assistant secretary at the Bureau of Energy Resources added it was too early to say whether the U.S. would consider granting waiver extensions to Iran’s biggest oil clients.