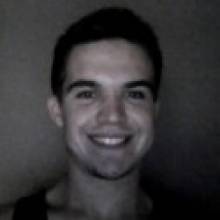 A diverse coalition of progressive advocacy groups representing Jewish and Muslim Americans is pressuring House Speaker Nancy Pelosi, Senate Minority Leader Chuck Schumer, and other top Democrats to cancel planned speeches at AIPAC’s annual conference as a growing number of the party’s presidential candidates are vowing to skip the event.

At a time when AIPAC’s power is clearly waning and we are watching change happen in real time, Nancy Pelosi is lending her legitimacy to them.

“Instead of speaking at their conference, Nancy Pelosi should be publicly condemning the far-right shift in Israel and AIPAC’s dangerous political behavior,” Michael Deheeger, congressional organizer with Jewish Voice for Peace (JVP), wrote in an email to supporters Friday.

“Giving AIPAC cover right when progressives are finally responding to their constituents and turning away from AIPAC is simply the wrong thing to do,” he added.

To build momentum for the pressure campaign, JVP launched a petition urging Pelosi to cancel her planned appearance and “stand up for true democratic values.”

The campaign targeting Democratic leaders comes after MoveOn—a grassroots progressive group with millions of members—called on all Democrats running for president in 2020 to boycott AIPAC’s policy conference, which is headlined by Israeli Prime Minister Benjamin Netanyahu.

Sen. Cory Booker (D-N.J.), however, is reportedly planning to attend the event, which begins on Sunday.

“At a time when AIPAC’s power is clearly waning and we are watching change happen in real time—with groups like MoveOn coming out strongly in favor for Democrats to skip AIPAC—Nancy Pelosi is lending her legitimacy to them,” Deheeger wrote. “This is appalling.”

.@SpeakerPelosi there's still time to #skipAIPAC and side with those who believe in democratic values of equality and freedom for all. AIPAC doesn’t speak for a growing number of American Jews, progressives and human rights advocates who want a just peace for Israel/Palestine.

Pelosi and Schumer are hardly the only Democrats slated to speak at AIPAC’s conference.

MPower Change, the largest Muslim-led social and racial justice organization in the United States, declared that “speaking at AIPAC means supporting an org[anization] that funds anti-Muslim conspiracy theorists like Frank Gaffney, whose bigotry inspires people like the Christchurch shooter.”

“Take a stand against Islamophobia,” the group wrote to Pelosi, Schumer, and Hoyer.

“Tell your members of Congress it’s time to #SkipAIPAC,” tweeted JVP. “It’s past time for real dialogue about Israel’s illegal occupation, the killing of nearly 200 protesters in Gaza’s Great Return March, and freedom, justice, and equality for all in Israel/Palestine.”