Just as Jared Kushner answered questions about the close ties between the White House and Saudi Arabia in New York on Tuesday, the Middle Eastern kingdom beheaded 37 people in its largest mass execution in at last three years.

The executions, of mostly Shiite men accused of terrorism-related crimes, were part of what Washington’s Gulf Institute director Ali Al-Ahmed called “the largest mass execution of Shiites in the kingdom’s history.” 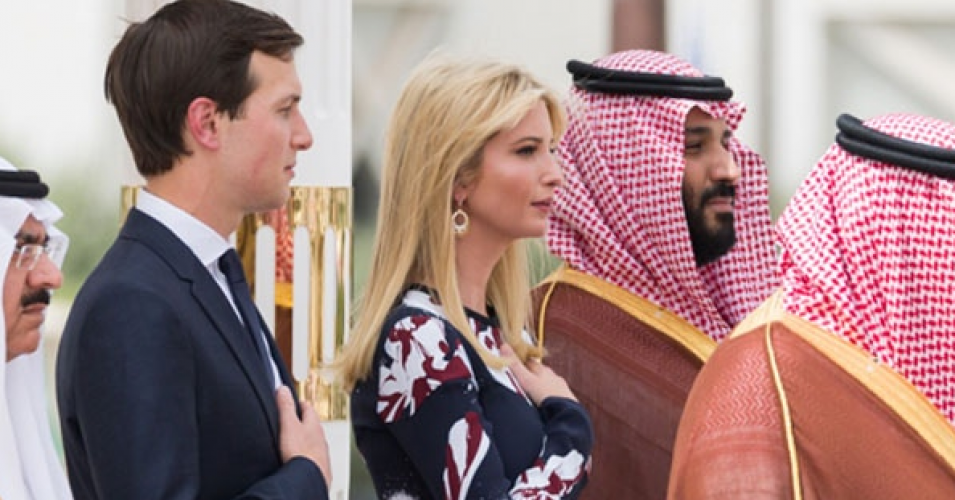 Al-Ahmed identified 34 of the 37 victims as Shiite.

According to reports, Saudi Arabian security services nailed one of the heads to a poll as a warning and one victim was crucified after his execution.

The killings were announced by Saudi state media Tuesday morning, Eastern time, right before Kushner, President Donald Trump’s son-in-law and a senior advisor to the president, took the stage at the Time 100 Summit event honoring the magazine’s annual list of the 100 most influential people in the world.

Saudi Arabia confirms beheading 37 citizens, most of them minority Shiites, in a mass execution for alleged terrorism-related crimes. One body and its severed head was tied to a pole as a public warning. https://t.co/ydFt8M3r0C

During an interview at the event with Time White House correspondent Brian Bennett, Kushner fielded questions on a number of foreign policy questions, including the Israel/Palestine conflict and the Trump administration’s closeness to Russia.

Kushner was also asked a series of questions on Saudi Arabia and the relationship between the U.S. and the kingdom, especially in light of the murder of Jamal Kashoggi in October 2018 and the war on Yemen.

In his replies, Kushner downplayed the significance of the murder, pled ignorance on the details of the crime, and admitted that he offered Saudi Crown Prince Mohammed Bin Salman guidance as the world demanded accountability.

"The advice I gave was be as transparent as possible and that obviously we have to make sure there is accountability for what happened," Kushner says at #TIME100 summit

“Obviously, we have to make sure there’s accountability for what happened,” said Kushner, before pivoting to a series of remarks critical of Iran, the Palestinians, and the Yemeni Houthis.

In response to the beheadings, Maya Foa, director of the U.K.-based human rights groups Reprieve, put the “egregious display of brutality” squarely at the feet of MbS and the Kingdom’s western allies which have shielded it from exactly the accountability Kushner says he supports. 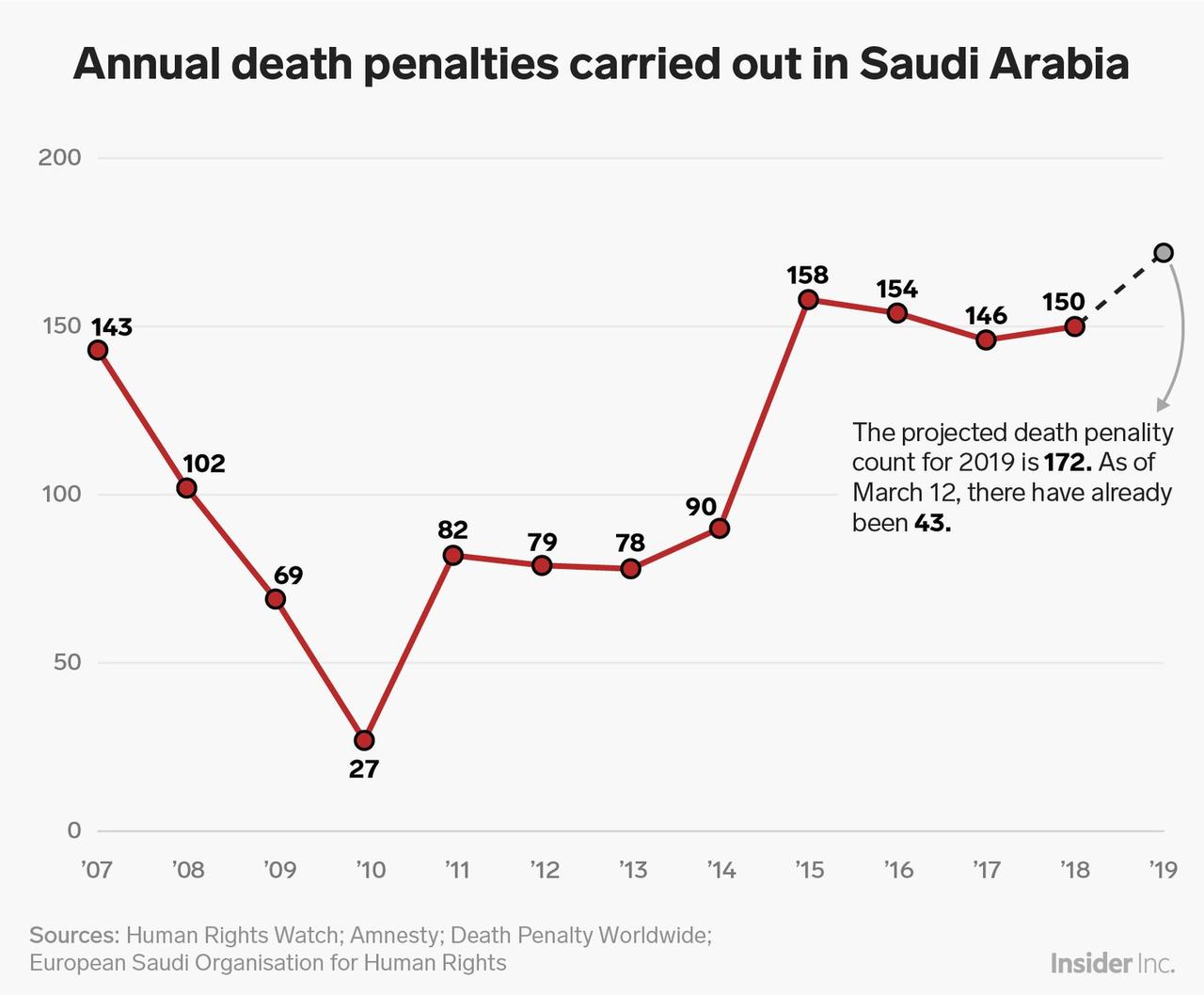 “That the Saudi regime believes it has impunity to carry out such patently illegal executions, without notice,” Foa said, “should shock its international partners into action.”

The Kingdom has executed more than 100 people in the first four months of 2019, and is on track to execute more than 300 this year.

After a wink at the dismembering of a journalist, not a whisper from the Trump administration when Saudi Arabia beheads 37 men in one day—even crucifying one two days after Easter. Membership in the #B_team —Bolton, Bin Salman, Bin Zayed & "Bibi"— gives immunity for any crime. pic.twitter.com/GgtfOqowGq

In March 2018, The Intercept reported that Bin Salman bragged that he had Kushner “in his pocket.”