Tehran officials have vowed that White House plans for taking Iran’s oil exports down to zero will never materialize, as the Islamic Republic, along with its regional allies and crude customers – most notably China – plan to bust US sanctions. Iranian Oil Minister Bijan Namdar Zanganeh told parliament on Tuesday: the “U.S. dream to cut Iran’s crude exports to zero won’t be fulfilled,” according to Bloomberg. The minister also said, “We will act wholeheartedly to break the U.S. sanctions,” and cited export deals with Armenia, Azerbaijan, Iraq and Turkey.

He described the US gamble to end the waiver program by bringing the full force of the “oil weapon” as a “big mistake” — referencing the fragility of the market and inflated claims of regional countries to have more reserves than what they actually do.

Meanwhile, oil prices hit nearly six-month highs on Tuesday following Monday’s announcement by Trump that the US will end sanctions waivers to a handful of countries that import Iranian oil. 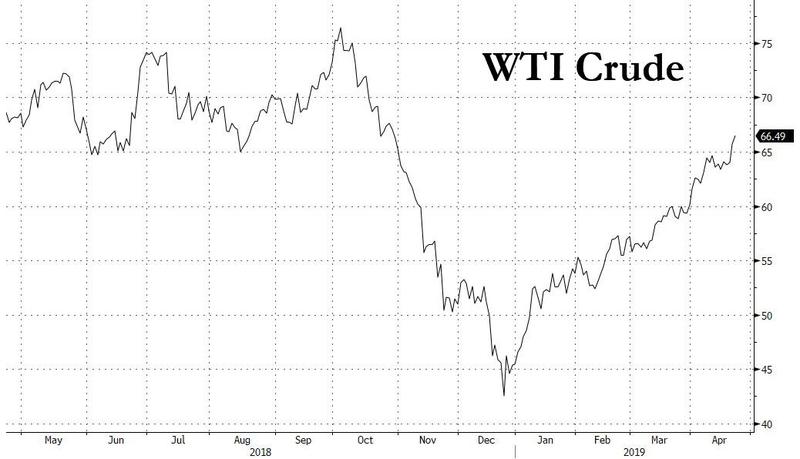 “The decision to completely eliminate waivers was a surprise, as the market expectation was for a more gradual reduction,” Credit Suisse said in a research note, after Monday’s statement that the waiver program to allow eight countries to purchase limited supplies of Iranian crude would not be extended. The dramatic policy shift saw Brent surge 3 percent on the news, and WTI popped 2.7% during the previous session.

Currently China, India, Turkey, South Korea and Japan – Iran’s biggest oil clients – have been taking advantage of the exemptions, and Iraq is on its own 90-day waiver program granted last month by the State Department. 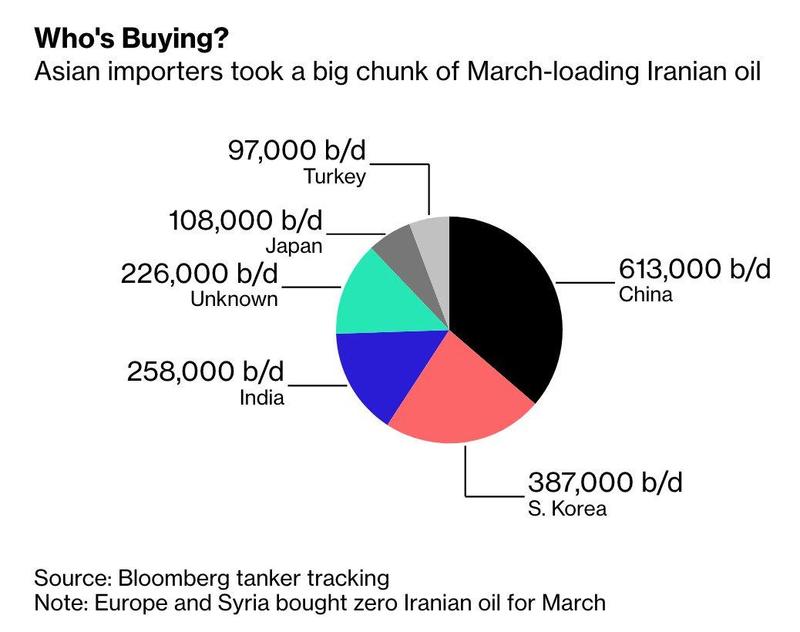 A number of prominent Middle East analysts have questioned the political impact of a complete cut-off of Iranian energy exports to Iraq, especially considering the upcoming hot Iraqi summer is ripe for political instability (similar to events the prior summer). Iraq imports roughly 1.5 billion standard cubic feet of Iranian gas per day, for example, via pipelines in the south and east, which feed several power stations. Iran is also a big supplier of Iraq’s electricity.