Why Taking Iran Oil Exports To Zero Is Likely Impossible

Many analysts believe a US-Israeli war on Iran and Lebanon is likely despite the lack of evidence of preparations for such a war. Although forces could be quickly mobilized after a political decision to go to war, all indications point to a non-military war situation for the simple reason that the US “strangulation war” is not costly to the US establishment and fits perfectly with the objectives of its main Middle Eastern ally, Israel. Nevertheless, menacing letters are being exchanged among involved parties who are, nonetheless, prepared for the worst-case scenario.

As far as Iran goes, the “zero oil exports” – the US wants to impose on the 1stof May – may be impossible to achieve. It will not be easy for OPEC members to compensate the two million Iranian barrels of oil daily (out of 3.45 million of total daily production), as President Donald Trump would like.

The US objective is to curb Iran’s will and force it to the negotiation table to dictate elements necessary for the security of Israel in the Middle East. A goal no US establishment has ever managed to achieve since the “Islamic Revolution” took power in Iran in 1979, notwithstanding the sanctions imposed over four decades.

Iran has land borders with Pakistan, Iraq and Turkey. It is logistically easy to supply these countries with Iran’s high-quality light crude oil at a cheaper price than the market price. During the Bush and Obama eras, Iran never stopped exporting its oil and exchanging it for hard currency or gold, despite sanctions.

Moreover, China needs its 650,000 bpd. Several Chinese companies offer technology and industrial services and commerce their expertise and products with Iranian companies in exchange for oil, and these companies are not willing to stop this trade. This alone will be enough to cause the failure of the US establishment’s objective of “zero exports” without necessarily meaning that such a breakdown will lead to a military confrontation. 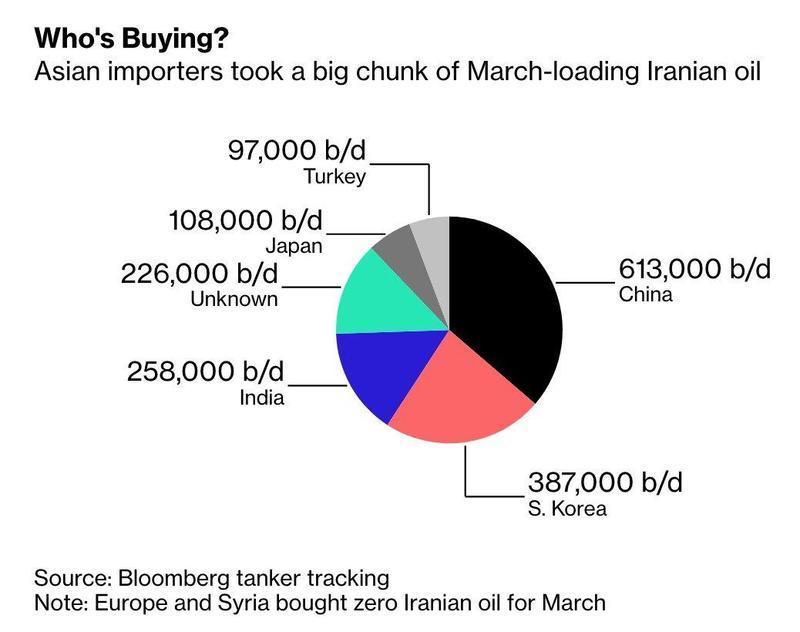 President Trump is not willing to engage his forces in a major war, even if he has the audacity to ask Saudi Arabia to pay for it. The US President may have to find another achievement in the Middle East to brag about and exploit during the campaign for his second mandate in 2020.

This US administration, like previous ones, will likely fail to curb Iran’s will despite the severe sanctions it has imposed. Nor will it succeed in forcing Iran to stop support for its partners in the Middle East (i.e. Lebanon, Iraq, Syria, Afghanistan and Yemen). The support of Iran to state and non-state actors in the region is a self-imposed obligation cited in many articles in the Iranian constitution.

Moreover, Iran will never agree to open its missile industry to inspection or to halt its missile production, as requested by the US establishment. Iran’s missiles represent its main efficient weapon to maintain a balance of forces sufficient to dissuade all its potential enemies.

And last, Iran and its Middle Eastern partners will not abandon the Palestinian cause until the last Palestinian group decides to abandon its territory to Israel. Therefore, Trump should be content – as the achievement of his first mandate – with the “gifts” he has given to Prime Minister Benjamin Netanyahu: Jerusalem and the occupied Syrian Golan Heights.

The bras-de-fer between the US and Iran will likely not wind down as long as Trump is in power, so long as he is unwilling meet Iran’s two conditions for the resumption of negotiations with Tehran: lifting the heavy sanctions imposed on Iran, and honoring the nuclear deal signed by his predecessor Barack Obama. Trump seems unable to accept the end of unilateral US hegemony over the world.