Without Israeli And American Help, Gulf Kingdoms Will Have To Recognise Iran’s Superior Military Strength

The veneer of calm that has lain over the waters of the Persian Gulf since the days of the Iran-Iraq war and the first Gulf War was unexpectedly shattered as drones damaged Saudi and UAE oil tankers on 12 May.

Two days later, two Saudi pumping stations were attacked inside Saudi Arabia, causing limited physical damage but seriously hitting the reputation of a kingdom struggling to establish its credentials as the undisputed and unchallenged leader of the Arab region.

The attacks no doubt failed to disrupt the flow of oil through the Strait of Hormuz but they have also exposed the vulnerability of both Saudi Arabia and the UAE to such hazardous and sporadic disruptions.

Although Houthi spokesman, Muhammad Abdul Salam claimed responsibility on Twitter, it is difficult to rule out other interested parties who may have contributed to the attacks or are now building a narrative in favour of a fully-fledged war in the Gulf.

Both Saudi Arabia and the UAE remained subdued as they condemned what had happened.

So far, they are claiming to investigate the incidents without rushing to openly blame Iran, with whom both countries have had tensions.

While the Saudis are often louder in their condemnation of the Islamic Republic, the UAE remains cautious despite the fact that it claims that its three islands in the Gulf, Abu Mousa, and Greater and Lesser Tunbs, are under illegitimate Iranian occupation.

Its trade relations with Iran had never been affected by such claims as the UAE remains the third most important trade partner of Iran, after the European Union and China.

Saudi Arabia has been struggling for a long time to push the United States and Israel to fight its long-awaited war with Iran, but so far it has failed to convince the US to launch direct serious attacks on its arch-enemy in the Gulf. 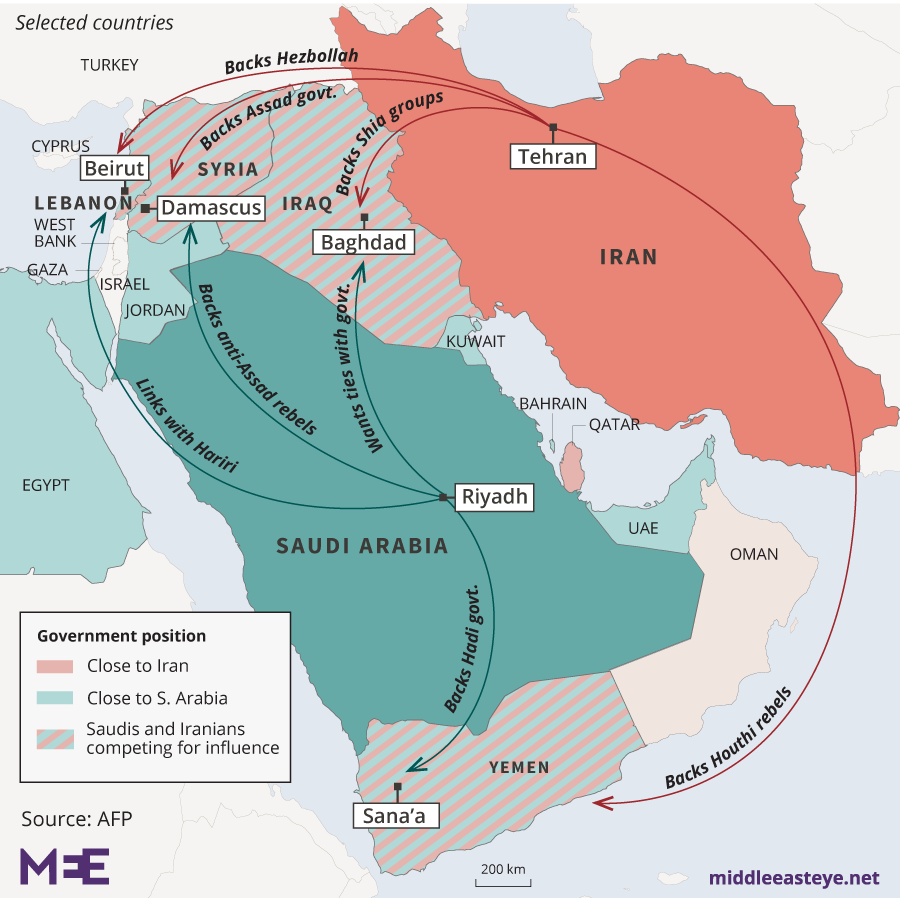 With Donald Trump in the White House, the Saudis only succeeded in pushing the US to withdraw from the Iran Nuclear Agreement, increase US sanctions, and raise the tone of the US administration in condemning Iran’s interference in the affairs of its neighbours through its sponsorship of various militia in Iraq, Syria and Lebanon.

A fully-fledged US/Israeli war on Iran is unlikely but skirmishes cannot be ruled out, especially if the Saudis will foot the bill for any US involvement

A fully-fledged US/Israeli war on Iran is unlikely but skirmishes cannot be ruled out, especially if the Saudis will foot the bill for any US involvement.

Trump has never missed an opportunity to remind his US and international audiences that the Saudis have money and they should pay. Paying for security comes with a high cost.

The Saudis and their UAE partners keep weapons factories in the US and other Western countries functioning and reaping colossal profit from the sale of military equipment, fighter jets, and training contracts. Saudi Arabia is number three in the world after the US and China when it comes to military spending.

But such spending  benefits the suppliers without creating the kind of security Saudi Arabia aspires to achieve. A small drone attack still threatens its survival and may disrupts the flow of oil from its wells.

The vulnerability of the Gulf countries to small attacks such as the recent ones proves the futility of countries like the UAE or relatively large ones like Saudi Arabia building an arsenal of Western weapons that fail to protect them against sabotage and minor but disruptive attacks.

In any direct military confrontation with Iran, both Saudi Arabia and the UAE will expose themselves to ridicule

In any direct military confrontation with Iran, both Saudi Arabia and the UAE will expose themselves to ridicule as their small and insignificant armies are incomparable to Iran, not only in size, but also in experience, capabilities and creed.

These two countries may have the latest military aircrafts, but their performance in Yemen points to how victory against the Houthis is yet to be achieved.

In the last five years, the Saudis have struggled to announce an outright victory over what they referred to as an insignificant militia. The new challenges faced by Saudi Arabia and the UAE are not going to be conventional wars, in which their fighter jets can tip the balance in their favour, but unconventional wars of sabotage and minor attacks such as this week’s attacks.

It is clear that no mercenary military unit will be able to match the deadly creed of the Iranian military, albeit their appetite for war may be less urgent these days. Egyptian, Sudanese, and even Senegalese imported troops cannot match the determination of Iranians to defend their interests in the Gulf and save their regime and economy from collapse.

The Saudis must understand that imported mercenaries are no substitute for a strong army and it is doubtful that US troops will be deployed again in the Gulf, as they were in the 1990s.

The recent attacks are only going to increase Saudi vulnerability and fear that they will step up their cry for help from the US. This will cost them more money and drain their resources to the extent of bankrupting their economy.

The luxury and prosperity that Saudi Crown Prince Mohammad bin Salman had promised may prove to be an illusion. On the other hand, Iran is used to austerity and dwindling resources; its population is not promised the same Saudi extravaganza and entertainment.

It can take more austerity without precipitating a revolt, a situation the Saudi leadership cannot be sure of.

Together with its other Arab allies, like Egypt, Saudi Arabia will fail in any direct military confrontation with Iran, despite the latter’s weakening and loss of appetite for major confrontation at a time when its economy is struggling to stand on its feet under US sanctions.

Neither the UAE nor Saudi Arabia will expect victory in a quick US-led war on Iran. In fact, they better rule out the prospect of war and begin a serious rethinking of their relations with Iran.

Other GCC countries such as Oman, Kuwait, and Qatar are definitely against military confrontation with Iran. And to think that Egypt or any other Arab ally can be drawn into a war in the Gulf is certainly unrealistic.

US and Israeli help may come – Netanyahu may well love the excuse and Israel has been more and more brazen in its attacks on Iranian-backed militias in Syria – but the turbulence that would come from such an assault would be unprecedented.

It may be, then, that diplomacy is the only realistic option for both Saudi Arabia and the UAE. An end to the rhetoric of confrontation and bravado is a first step to accept that peace between nations is better served by diplomacy than by guns.