An Attack On Pro-Peace Iranian Americans And Civil Society

This Memorial Day weekend, the forces working towards war with Iran launched a propaganda attack against NIAC, our allies, Iranian-American analysts, and even Iranian-American political candidates that NIAC Action has endorsed in local elections. With armies of bots, they orchestrated a Tweetstorm aimed at intimidating us and stopping our work for peace and diplomacy.

We know well the crowd behind the attacks – from Mark Dubowitz, the architect of Trump’s “maximum pressure” sanctions who heads the hardline pro-Israel organization “Foundation for Defense of Democracies,” to so-called analysts at John Bolton’s former think tank, to hardline Iranian diaspora social media accounts backed by inauthentic “bot armies” that likely include the MEK’s publicly revealed “troll farm” in Albania.

The goal of these attacks is simple: to divide and weaken our community. To ensure that Iranian Americans do not have a voice, do not hold influential positions in Washington D.C., do not run for office and build political power, and shy away from civic engagement.

Why? Because our community is the biggest threat to plans for war with Iran, and because NIAC continues to organize pro-peace Iranian Americans into a powerful and influential voice.

The goal of these attacks is simple: to divide and weaken our community.

The game plan of Bolton, Dubowitz, and the pro-war crowd is to create a false narrative that the Iranian people, and Iranian Americans, support Donald Trump’s maximum pressure sanctions and welcome a military intervention.

It’s “we will be greeted as liberators” all over again.

That’s what this astroturf campaign is all about: to make it appear as though support for war is coming from our community and our loved ones in Iran. They borrow tactics from the very regime they claim to oppose: demanding total allegiance to a political ideology, silencing dissent through intimidation, labeling civil society and political opponents as treasonous “agents” of the enemy, and distorting the debate through outrageous lies and propaganda.

But NIAC stands in the way of their plans to silence us or speak for us in their quest to destroy Iran and devastate our loved ones. Our #NoWarWithIran campaign has been viewed nearly 150,000 times and counting, and our community has raised their voices and sent over 50,000 messages to Congress. 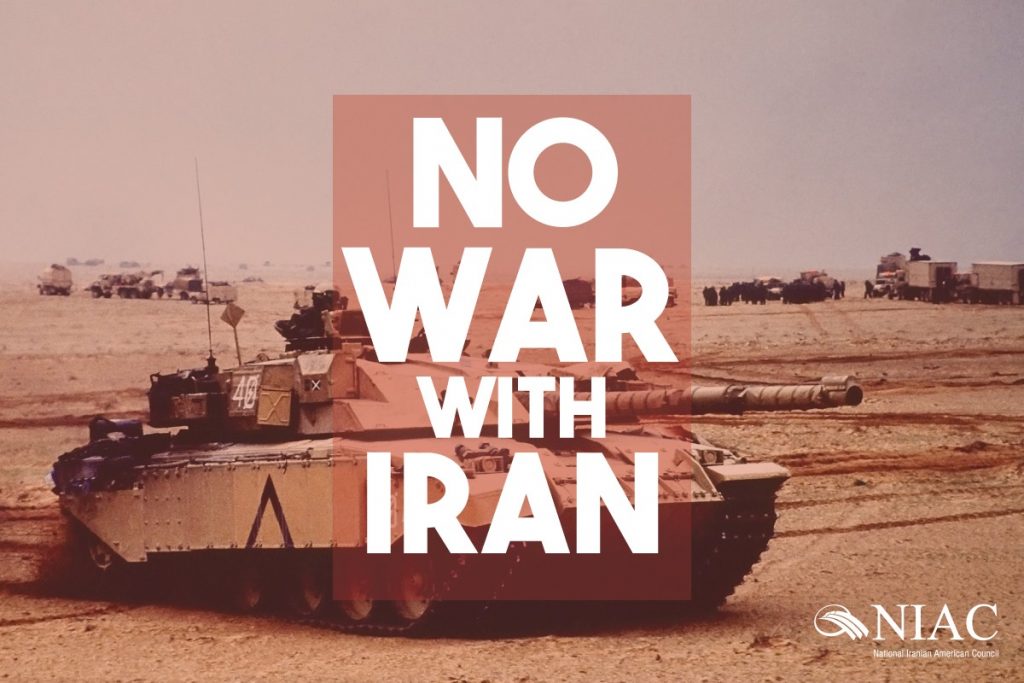 The attacks are just further evidence of how important our work is – and how important it is that Iranian American’s unite their voices to be even louder in the face of the pro-war crowd’s shameless desperation. We are working closely with journalists, data scientists, and researchers to expose these disinformation campaigns, the network of inauthentic accounts, trolls, and bots, and the agents behind these coordinated efforts to crush Iranian American civil society.