Anyone who believes that President Trump’s order to illegally assassinate Iranian general Qassem Soleimani, Iraqi militia leader Abu Mahdi al-Muhandis and several more Iraqis, was an act of strength has not been properly paying attention. This is the latest in a series of stupid policy errors by this administration which have not only strengthened the hand of America’s enemies but have also now ensured that the rest of the world, with the exceptions of Israel and Saudi Arabia, now at best views the U.S. with mistrust or at the very worst hate America more than any other country on earth. This is a remarkable achievement for a man who promised to end the “endless wars” and drain the swamp.

Regime change is now in its coffin and the assassination of general Soleimani is the last nail hammered in.

Trump started his presidency with the ambition of overturning the Obama administration’s achievements. However, he inherited a foreign policy already predicated on waging war and which was soon re-staffed and promoted by Republican warmongers. In this context, withdrawing unilaterally from the JCPOA might have appeared to be a strongarm tactic to Trump, but to America’s allies in Europe it looked like a betrayal, a slap in the face. Still, none were willing to come out on the side of Iran at that time. Even Russia and China were holding back at that stage. So, what were the steps in between which culminated in late December in an unprecedented four days of joint naval manoeuvres between Iran, China and Russia in the Indian Ocean and Gulf of Oman. What happened to embolden this trio to flex military muscle in the Middle East.

A review of these steps reveals that the blinkered aim of the Trump administration’s foreign policy to manufacture regime change against Iran by any means possible including all-out war has in fact resulted in the opposite result. Regime change is now in its coffin and the assassination of general Soleimani is the last nail hammered in.

Instead of promoting freedom and democracy in the Middle East, American interference is destroying every possibility of ordinary people rising up and demanding change from their own governments. In Syria, the people rose up against President Assad because of genuine grievances against that regime. The outcome of US support for Sunni extremists in Syria has been a swing from people supporting the American aim of ousting Assad to rallying behind their own terrible government to save them from the spread of Islamic fundamentalism. With an irony that can be lost on no one, authoritarian Russia and the theocracy Iran are now allies of Syria in that struggle.

In another reckless act of overturning Obama’s legacy, the new Trump administration halted Hillary Clinton’s plan to de-radicalise the Mojahedin Khalq (MEK) in Albania. Since then, American anti-Iran politicians have stuffed the MEK down the throats of the international community as the regime change opposition that will bring freedom and democracy to Iran. Since Iranians hate the MEK more than the current Islamic Republic, this has been a gift to the hard-liners in Iran. To quell every protest or demonstration since then, Iran’s security forces have only to claim that MEK are involved in inciting violence for the ordinary people to go home and announce their abhorrence of the MEK.

American actions are consolidating people around their own hated governments instead of helping them express their legitimate demands.

American actions are consolidating people around their own hated governments instead of helping them express their legitimate demands. Secretary of State Mike Pompeo’s response to the anti-government fuel protests in Iran in November was to repeat false information published by the Mojahedin Khalq (MEK) about the death toll. When the U.S. foreign secretary retweets MEK propaganda it destroys any trust among Iranians that the U.S. has their interests in mind.

In another remarkable example of how Pompeo has frittered away American power and influence, just weeks ago, disgruntled Iraqi citizens were in the streets demonstrating against Iranian interference in their country. Instead of supporting them, Secretary of State Mike Pompeo oversaw the U.S. bombing of Iraqi militia forces which were fighting against ISIS. The Iraqi people cannot take the U.S. side over this no matter how anti-Iran they are. If America had done nothing, said nothing, Iraqi people would still be in the street demonstrating against their own government. Instead, different Iraqis attacked the U.S. embassy in Baghdad. Now, in a pivotal act of hubris, the illegal assassination of general Soleimani and Iraqi militia leaders at an international airport not only allows Iran to describe the US as a terrorist state, but has brought Iranians of every belief together to rally together to mourn a national hero, the man who saved Iran from ISIS. 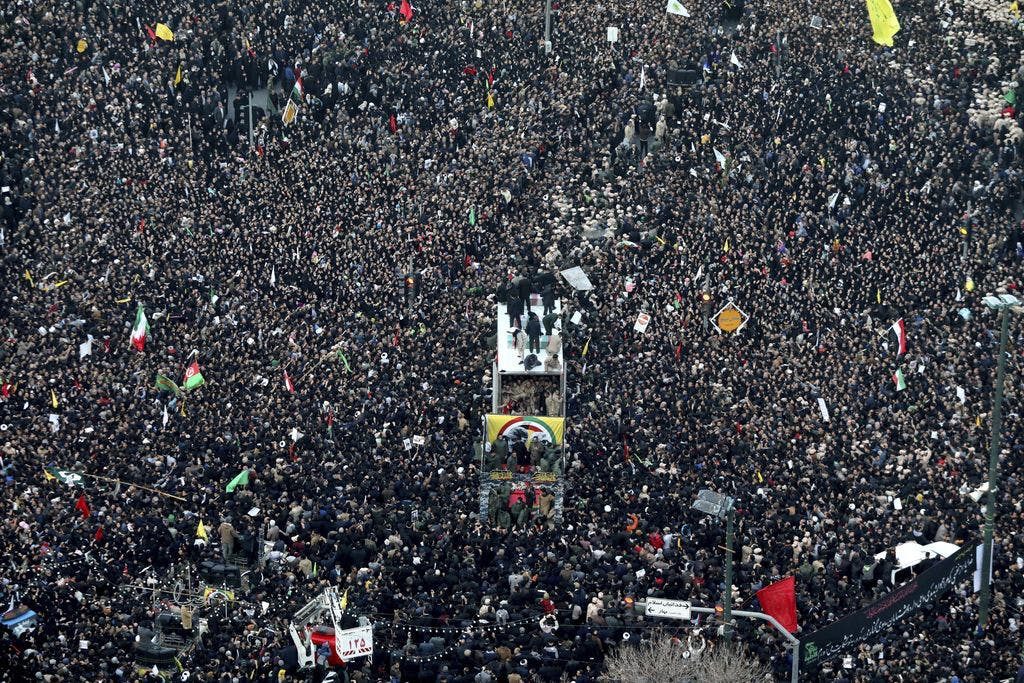 But it would be a mistake to believe that the U.S.’s ME foreign policy mistakes only impacted that region. In 1981 France gifted the CIA some land to host the anti-Iran MEK outside Paris from where they could plan their armed resistance to the new regime. Although France did not use the MEK politically as America did, their presence was tolerated. Until that is, MEK activities began to impact European security and democracy.

The unwanted assassination of general Soleimani is predicted to result in tectonic shifts in the world order.

In 2018, John Bolton, as Trump’s national security advisor, promised the MEK they would celebrate in Tehran before the 40th anniversary of the Iranian Revolution in February 2019. That did not happen. But events subsequent to this promise certainly indicated there were already plans afoot to use the MEK to undermine European policy toward Iran. A bomb plot against the MEK in France was discovered by security forces in France and Belgium to have been a false-flag op by the MEK used to blame and demonise Iran. Other MEK murders, assassinations and acts of violence in the European Parliament took place. Suspicions of the anti-democratic use of the MEK were confirmed as it was revealed that MEK were used to fund Spain’s far-right Vox party in its E.U. election bid. This led several European countries including Germany and the Netherlands as well as France and Belgium to expel MEK leaders and cadre, including leader Maryam Rajavi, to Albania.

In Albania, the American-backed MEK has caused multiple headaches for the government and the opposition there. The worst result of which has been the E.U.’s refusal to allow Albania to join the union. Having got rid of the MEK, no European country would allow them to enter through the back door again.

Significantly, what these policy steps over time have revealed to America’s foes and her friends alike is that the U.S. cannot be trusted. The Trump administration has shown a reckless disregard for normal behaviour in the international scene. It acts with callous cruelty and indifference against enemies and allies alike.

The unwanted assassination of general Soleimani is predicted to result in tectonic shifts in the world order. No matter how hard mainstream media in the west works to normalise America’s actions, security and military experts the world over will have their own ideas about what the future holds.