The Islamic Republic of Iran is ranked at the 8th place among the leading countries in terms of publishing top papers in the field of artificial intelligence (AI), Mehr reported on Monday, citing data released by the journal Nature.

Based on the information gained from 1997 until 2017, Iran submitted 34,028 articles about AI and its usage, ranking it at the 14th place in the world in the area of artificial intelligence.

Iran is the 8th country in the world based on high impact and high citation articles and the only country from the Middle East in the top ten countries in this field. 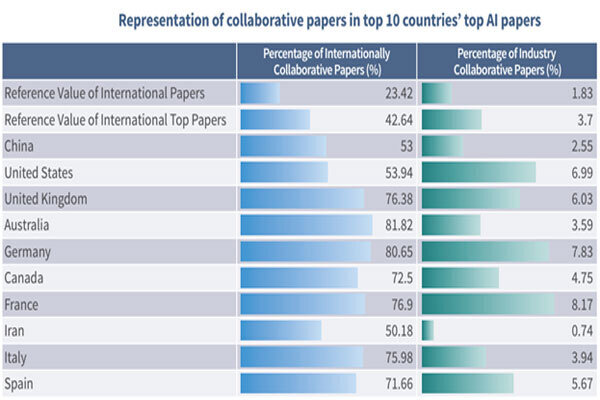 The country has also published 271 highly cited papers and 5 hot papers, making it one of the best countries in this field.
Half of the highly cited papers submitted by Iran have been conducted with the help of researchers from other countries, but only 0.74 percent of them are the result of collaborating with the industry sector.

The Islamic Azad University ranked at the 17th place among the top 20 institutions with the greatest output of top papers on AI, above Hong Kong Polytechnic University, Max Planck Society and the University of California, Berkeley. 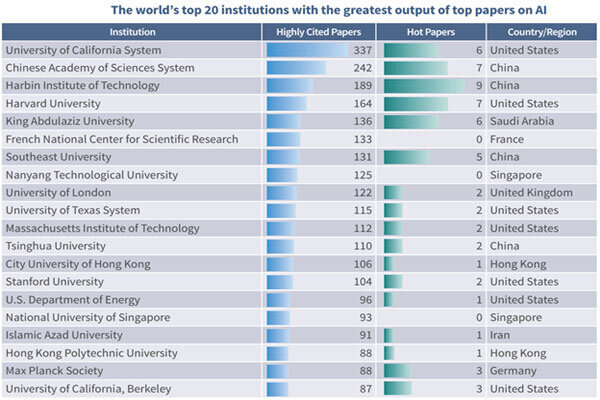 Based on the latest data published by SCImago Journal & Country Rank (SJR), Iran took the first place among the Middle-Eastern countries for the highest number of citable documents in 2017.

In 2017, Iran with 54,388 documents, 51,614 citable documents and 28,813 citations in the international papers, ranked first among the Middle-Eastern countries which were assessed for their production of scientific documents.

In a period of 7 years, Iran managed to remain in the first place in the Middle-East region.