Iranian Health Ministry Spokesman Kianoush Jahanpour released a document which proves that the US sanctions against the country have blocked imports of coronavirus kits from South Korea.

Jahanpour wrote on his twitter page on Saturday evening that a SWIFT request by Iran for the purchase of coronavirus diagnosis kits from South Korea has been rejected by a Korean bank under the pretext of the US sanctions.

“The SWIFT request has been rejected by the Korean bank under the pretext of sanctions and this shows that claims on exclusion of drugs and medical equipment from sanctions is a lie. The bank has officially written that the purchase is not possible due to the sanction laws,” he wrote.

He blasted the Persian-language media outlets based in foreign states for assisting the US in implementation of sanctions against Iran, saying that their attempts made the South Korean bank reject Iran’s demand for the coronavirus test kits.

“The foreign-based Iran International channel had claimed that banking SWIFT was not related to the Korean coronavirus diagnosis kits production company and was related to a software company. In the same respect, we have released a second document which shows that the Mico BioMed company is the [exclusive] supplier of the Korean company which produces kits in the Middle-East for the next two years,” Jahanpour said.

The document proves that the London-based Iran International TV channel’s claim that the SWIFT request had been made by a software company which sought to export non-medical goods to Iran is false. The two documents display that Iran had taken action to purchase coronavirus test kits from the Korean company’s Middle-East supplier, but the relevant Korean bank has turned down the banking SWIFT request for the deal because of the US sanctions.

Jahanpour had said on Saturday that 1,374 new cases of coronavirus infection were identified in the country in the past 24 hours, voicing pleasure that nearly 70% of patients had recovered.

“1,374 more patients infected with COVID-19 virus have been identified in the country since yesterday based on confirmed diagnosis criteria,” Jahanpour said on Saturday.

He said that the total number of coronavirus patients in Iran has increased to 80,868, adding that 5,031 people have lost their lives due to infection to the virus, including 73 in the past 24 hours.

Jahanpour, meantime, said that 55,987 (nearly 70% of) infected people have been treated and dismissed from hospitals, expressing concern that 3,513 patients infected with COVID-19 virus are in critical conditions.

He also noted that 330,137 coronavirus diagnosis tests have been carried out in the country so far.

Iranian Health Minister Saeed Namaki stressed on April 7 effective measures to control coronavirus epidemic, expressing the hope that the disease would be controlled in Iran by late May.

“At present, the country is in the phase of disease management and we should not imagine that we have reached the harness and control phase. Today is the time for full-fledged combat against the virus. God willing, we will control coronavirus by late May. The virus should be controlled in the minimum possible time,” Namaki said, addressing the Iranian legislators in an open session of the parliament in Tehran.

He noted that at least 30% to 50% of hospital beds are still vacant across Iran and nearly 15,000 beds are ready to keep the patients who are recovering from coronavirus disease.

“We have now moved down to tank 6th in terms of deaths,” Namaki said, adding that the country’s situation in treatment of patients will improve in the next few days.

The coronavirus COVID-19 is affecting approximately all countries and territories around the world. The virus was first reported in the central Chinese city of Wuhan late last year. It has so far killed more than 160,700 people and infected over 2.33 million others globally.

The Iranian foreign ministry declared that despite Washington’s claims of cooperation to transfer drugs to Iran via the new Swiss-launched payment mechanism, the US is troubling the process amid the coronavirus outbreak in the country.

Although US claims that medicines and medical equipment are not under sanctions, they have practically blocked the transfer of Iran’s financial resources in other countries into the Swiss Humanitarian Trade Arrangement (SHTA), Iranian Foreign Ministry Spokesman Seyed Abbas Mousavi said.

As the death toll from the virus surges, Iran intensifies its preventive safety measures. Closures of schools and most universities have been extended until late April.

The government also imposed travel restrictions, specially on Iran’s North, which is among the red zones. The country has also adopted strict digital health control procedures at airports to spot possible infections.

Namaki announced last month that a new national mobilization plan would be implemented across the country to fight against the coronavirus epidemic and more effectively treat patients.

Namaki said that the plan will include all the 17,000 health centers and the 9,000 medical and clinical centers in all cities, suburban areas and villages.

He added that the plan will include home quarantine, noting that infected people will receive the necessary medicines and advice, but they are asked to stay at home. 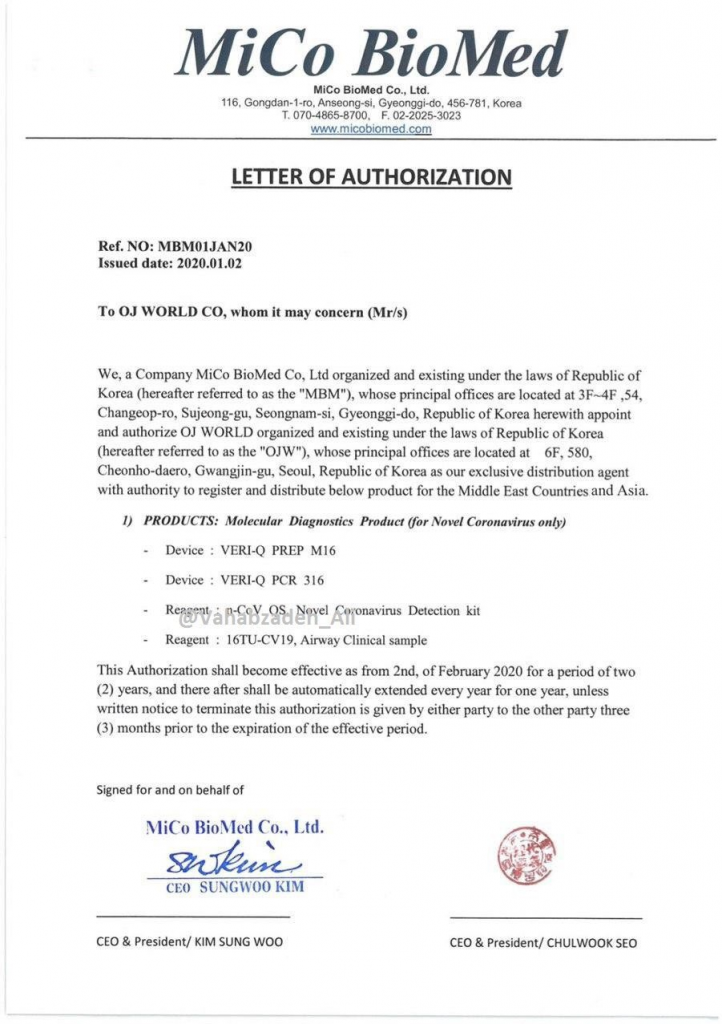 Namaki said that people with a more serious condition will stay at the hospitals, adding that the public places will be disinfected, the entries of infected towns and cities will be controlled to diagnose and quarantine the infected cases.

He added that the necessary equipment and facilities have been provided, expressing the hope that the epidemic would be curbed.

According to the latest statistics of Health Ministry, the number of medical laboratories to test coronavirus infection has reached over 90 across the country.

The World Health Organization (WHO) says Iran’s response to the virus has so far been up to the mark. Still, it says the US sanctions are a big challenge, and Washington would be complicit in the rising death toll in Iran if it would not remove its sanctions.

The World Health Organization has considered priorities in combating coronavirus and Islamic Republic of Iran obeys and follows up priorities as defined by WHO.

The WHO is dispatching separate delegations to all countries.

PrevPreviousSaudi Arabia’s client-state relationship with the US should concern the whole world
NextPolitics of Pandemic: The story of the lie that went everywhereNext