Russian Foreign Ministry spokeswoman Maria Zakharova on Thursday dismissed the US claim that Iran violated the UN Security Council Resolution 2231 with the launch of military satellite ‘Noor 1’ as unfounded, saying that the move in no way contradicts the resolution on the country’s nuclear program.

Addressing a news conference in Tehran on Thursday, she said that this would not be the first time that a nation that has flagrantly breached the norms of international law and violated the UNSC resolution 2231 is trying to deflect international condemnation by baseless accusations against Iran and its incompliance with the requirements of the Security Council.

The spokeswoman underlined that the resolution, as well as the JCPOA regulating the Iranian nuclear program, in no way restricts Iran’s rights and abilities to explore space for peaceful purposes.

US claim that Iran’s space missiles can carry nuclear weapon is baseless, Zakharova said, reiterating that Iran has never produced nuclear weapons and will never have such weapons in future. 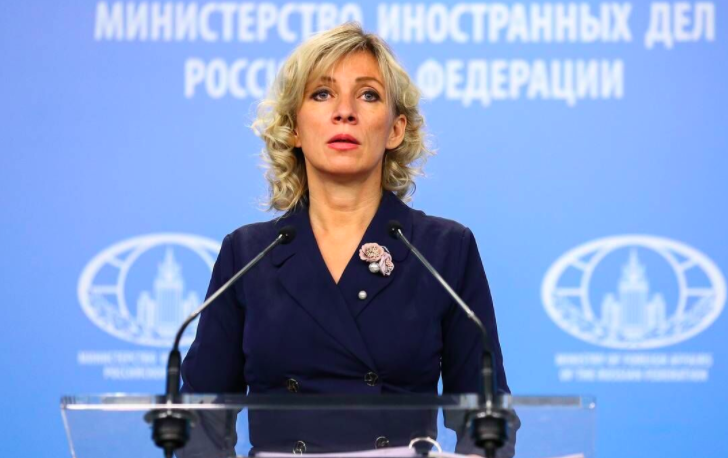 On April 22, Iran launched its first military satellite named Noor-1 (or Light). The satellite was placed into an orbit of 425 km.

Iran has undergone nuclear inspections more than any other country, as the International Atomic Energy Agency has on several occasions verified peaceful nature of Iran’s nuclear program, she said, noting that the inspectors are currently continuing their job in the Iranian centers round the clock despite coronavirus outbreak.

Despite the US obstructionism, Iran is still implementing the JCPOA, she said, noting that Washington is attempting to cover up its violation of the international deal.

Baseless statements of the US Foreign Secretary officials on Iran will make other parties to the JCPOA more determined to preserve and execute the deal, she said.

Asked about continuation of US sanctions amid spread of coronavirus, Zakharova said that US unilateral sanctions are completely illegal and they are anti-human given the current situation facing Iran and some other countries.

Russia has always stressed that unilateral sanctions are illegal and the US should not create obstacles in the way of fighting coronavirus, she said.

Russia Foreign Ministry spokesperson further pointed out that the sanctions have really exposed falseness of the US claims that it is advocating human rights.

In a separate statement, the spokesperson for the Islamic Revolutionary Guard Corps (IRGC) Air Force announced that Tehran is planning to launch another military satellite into orbit. The spokesman said it will be called “Noor-2”, but made no mention of its capabilities or functions. Little is also known about the purpose of “Noor-1”, apart from the fact that it will be used by the Iranian military.

Tehran announced on 23 April that the satellite had successfully reached orbit, although the American military was at first hesitant to confirm Tehran’s success. The launch was preceded by a series of failures to send civilian satellites into low Earth orbit.

Despite being civilian in nature, these launches were also condemned by the US, which suspects Iran of developing ballistic missiles for military purposes via its space programme. Washington also claims that the Islamic Republic is developing nuclear weapons in order for them to later be installed on the ballistic missiles. Tehran itself has ruled out the creation of both nuclear arms and long-range missiles.