American forces in the Persian Gulf have greatly bolstered their ability to respond to Iran at a moment President Trump has renewed trading threats and barbs with the Islamic Republic, ordering the US Navy “to shoot down and destroy any and all Iranian gunboats if they harass our ships at sea.”

This includes the Pentagon bolstering its AC-130 gunships and Apache attack helicopters to target and destroy small surface threats in the Persian Gulf and Arabian Sea. Tehran has meanwhile responded with its own threats to ‘destroy’ American vessels of course.

It was apparently this beefed up presence that led to the April 15 confrontation about which Trump was responding by ordering destruction of boats that “harass” American vessels.

Bloomberg explains that while the Pentagon has been closely monitoring Iran’s growing fleet of over 1,000 small boats in the gulf and Hormuz Strait, the US has in turn been provocatively beefing up its own presence. March and April US Navy exercises didn’t go unnoticed by Iran, however:

The live-fire gunship exercises began in March as a first-time effort at coordination between Navy patrol coastal ships, the service’s P-8A Poseidon reconnaissance aircraft and the Air Force’s special operations AC-130 gunships, which are capable of nighttime attacks. Armed with a 30mm Gatling gun and precision-guided munitions, the famed gunships have been used to attack ground targets — but not naval targets — from Vietnam to Grenada, Panama, Bosnia, Iraq and Afghanistan.

The US Navy is further deploying what it dubs a ‘Lily Pad’ approach, in order to better go on the attack against Iran’s expanding fleet of fast boats:

Under the new approach, the Apaches can be stationed on the Puller, the Navy’s first specially designed floating sea base. The Puller, a destroyer and other, smaller U.S. vessels were practicing spotting targets for the Apaches and transmitting the information. The exercises continued through April 19. 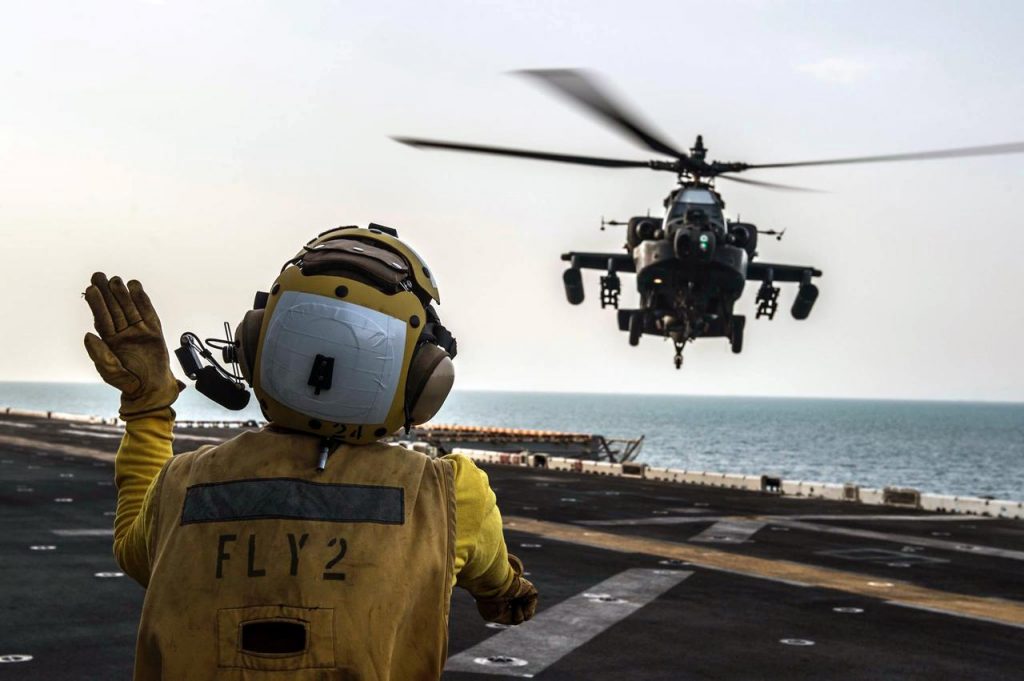 One military analyst and former special assistant to naval operations, the Hudson Institute’s Bryan Clark, told Bloomberg the approach is specifically designed to “to go on the offensive against Iranian small boats, rather than simply defending against them.”

This is as opposed to the former preferred by less effective strategy of relying purely on “deck guns and onboard helicopters, which can be overwhelmed by a large boat swarm.”

Typically such US assets are deployed against land targets in offensive operations, but will now be used to pick off smaller targets in the contested Persian gulf region.

PrevPreviousZahedi, Shah’s Ambassador to US Tells BBC He Is Proud Of Progress Made by Islamic Republic
NextNetflix to Stream Remastered Versions of Kiarostami’s FilmsNext