Commander of the Islamic Revolution Guards Corps Aerospace Force Space Division said the homegrown ‘Noor’ (light) satellite that was launched into space in April is fully operational and has been used to track the oil tankers that recently carried fuel to Venezuela.

In an exclusive interview with Tasnim, Brigadier General Ali Jafarabadi highlighted the IRGC’s success in launching the Noor satellite into space, saying the satellite is working normally and has turned into a “real space laboratory” for Iran.

He said the homegrown satellite has been utilized to track the Iranian oil tankers that recently carried fuel to Venezuela.

“In the Atlantic Ocean, where access (to ships) is normally more difficult, monitoring the position of the oil tankers and the situation in their surroundings was put on the agenda of the Noor satellite, and was accomplished,” the commander added.

Dismissing speculation that the Iranian satellite has gone dead, the commander said, “In the first days, the auxiliary and secondary signals from the satellite were turned on across the world and everybody could receive them, but later, we restricted the signals to our own country’s space in order to save the power consumption.”

The general said Iran is going to let the satellite transmit signals all over the globe for all countries once or twice a week.

One of the main features of the Iranian satellite launch was the Islamic Republic’s success in manufacturing a tactical satellite carrier to launch the device, he said, adding that it allows for the launch of satellites from any part of country and with any given orbital inclination.

Brigadier General Jafarabadi said the most remarkable achievement in the launch of the satellite was the use of a new generation of engines with composite shield, gimbaled nozzles, and solid propellant.

The commander further noted that the engine of a new version of the Iranian satellite-carrier, Qassed-2, will be running on solid fuel in the first stage, adding that modifications to the carrier will allow for the launch of heavier and bigger satellites into higher orbits. 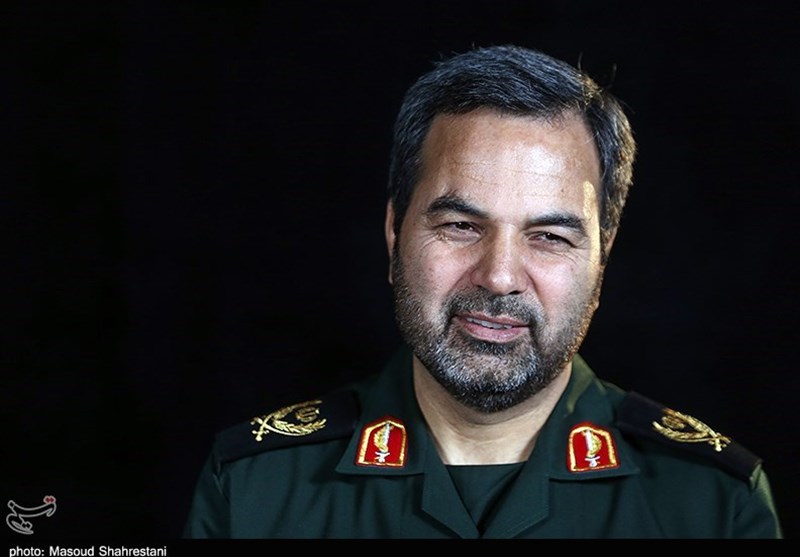 The Noor satellite has practically turned into a real space laboratory for Iran, the general noted, saying Iranian scientists check various parameters in the outer space and test different algorithms every day.

The Iranian satellite has a lifespan of some 2.5 years, the commander stated, adding that all of its subsystems are operating normally and the process will go on for two years.

The IRGC successfully put Noor into orbit on April 22. The homegrown satellite was launched with the three-stage satellite carrier Qassed (messenger) from a launch pad in Dasht-e Kavir, a large desert in central Iran.

The satellite has been placed into an orbit 425 kilometers above the Earth.

A few days later, the IRGC Aerospace Force commander unveiled plans for the launch of another satellite into a higher orbit.