An extensive dossier, which is an essential prerequisite for possible UNESCO inscription of a site, has almost been completed for the gigantic Tabas Geopark, which is situated in east-central Iran. Tabas Geopark, which is situated in a vast county of the same name, has enormous potential to be registered as “the biggest geopark” [in West Asia region] and its trustees are ready to submit the dossier to the UN body till autumn, Mehr quoted Alireza Amrikazemi, who is a UNESCO assessor, as saying on Tuesday.

“This geopark is home to 50 geosites, but since the [tourism] infrastructure of only 25 geosites are ready so far, we asked the trustees to just include those in the dossier and gradually add five geosites each year,”

“Tabas Geopark can be the largest geopark in terms of the area because the whole county of Tabas is the largest county in the Middle East (West Asia). Given the [historical, natural and geological] values of this county, we decided to consider the whole county as the geopark.”

Sprawled in the eastern province of South Khorasan, Tabas Geopark includes a variety of scenic landscapes and untouched terrains with the mysterious Kal-e Jeni (canyon of Jinn) located in Azmighan village, amongst them.

“Initial studies on Tabas Geopark commenced in 2011 with the task of identifying its various sites and choosing names for them … however, we have been officially working on the project throughout the past year,” according to a local official. 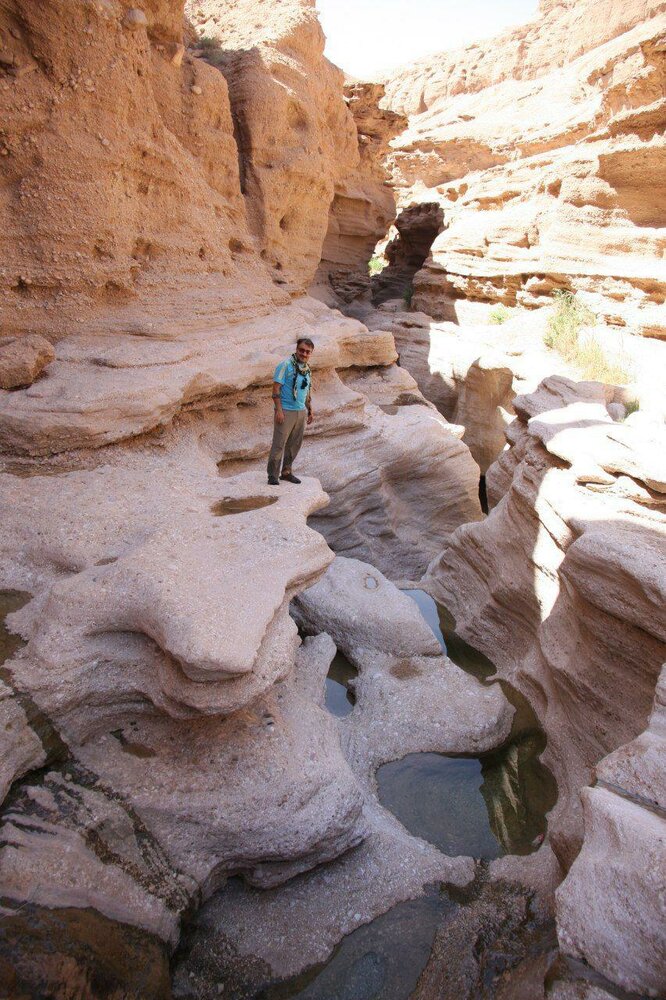 A geopark is a unified area that advances the protection and use of geological heritage in a sustainable way and promotes the economic well-being of the people who live there. A UNESCO definition of the global geopark is a unified area with a geological heritage of international significance. Geoparks use that heritage to promote awareness of key issues facing society in the context of our dynamic planet.

Many geoparks promote awareness of geological hazards, including volcanoes, earthquakes, and tsunamis and many help prepare disaster mitigation strategies with local communities. Geoparks embody records of past climate changes and are indicators of current climate changes as well.

Forest in the desert: Nayband village in Tabas, Iran