Archaeologists have recently discovered a prehistorical hatch to Apadana Palace, a majestic ruined royal complex within the UNESCO-registered Persepolis, southern Iran. “The hatch was discovered in the eastern part of Apadana Palace, and it was created during the Achaemenid period to repel the surface water of the courtyard, and after this period, it was hidden due to the destruction of the complex,” said archaeologist Ali Asadi who leads a survey at the ruined palace, IRNA reported on Monday.

This vent, like its other counterparts across the Palace, measures 40 cm by 40 cm, connecting the yard surface to underground ducts, Asadi explained.

The archaeologist expressed hope that by sloping the space around the vent, the problem of overflowing at the eastern courtyard of Apadana Palace could be solved, and through this, a better situation could be created to protect this section of Persepolis.

Last month, the remains of 13 ancient skeletons, 11 of which human remains, were discovered at olden water ducts of Persepolis, shedding new light on the way of life in the ceremonial capital of the Achaemenid Empire (c. 550 -330 BC). 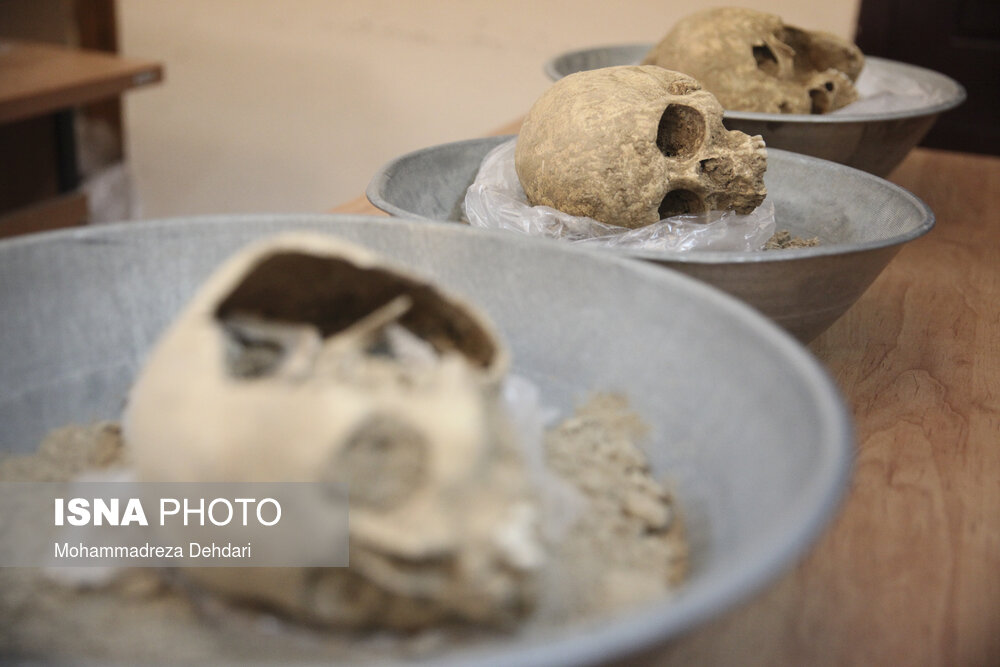 By far the largest and most magnificent building is the Apadana, begun by Darius and finished by Xerxes, which was used mainly for great receptions by the kings. Thirteen of its seventy-two columns still stand on the enormous platform to which two monumental stairways, on the north and on the east, give access.

They are adorned with rows of beautifully executed reliefs showing scenes from the New Year’s festival and processions of representatives of twenty-three subject nations of the Achaemenid Empire, with court notables and Persians and Medes, followed by soldiers and guards, their horses, and royal chariots.

Delegates in their native attire, some completely Persian in style, carry gifts as a token of their loyalty and as a tribute to the king. These gifts include silver and gold vessels and vases, weapons, woven fabrics, jewelry, and animals from the delegates’ own countries.

Although the overall arrangement of scenes seems repetitive, there are marked differences in the designs of garments, headdresses, hairstyles, and beards that give each delegation its own distinctive character and make its origin unmistakable.

Persepolis was occupied and burnt by Alexander the Great in 330 BC apparently as a revenge to the Persians because it seems the Persian King Xerxes had burnt the Greek City of Athens around 150 years earlier.