The naval forces of the Iranian Revolutionary Guard Corps (IRGC) on Thursday conducted large-scale exercises in the Strait of Hormuz at a moment Tehran believes Israel will launch a preemptive strike aimed at drawing Trump into ordering US military action in the region before he leaves office in January.

According to state-run English language PressTV, “The event saw sailors, enlisted with the popular volunteer Basij force, taking to the waters aboard more than 1,000 light and semi-heavy-lift vessels.”

Photos showed an impressive number of small but fast military boats that are typically used by the IRGC Navy (which is separate from the much larger national navy of the Islamic Republic) to harass and encircle larger ships, whether tankers or foreign warships.

IRGC Admiral Ali Reza Tangsiri, who oversaw the maneuvers, called it a display of strength and a showcasing of Iran’s “maritime power” which provides security in the Arabian and Oman Seas.

Crucially the ‘show of force’ comes amid widespread reports that Trump is mulling some of kind of preemptive action against either Iran or its regional allies, such as the powerful Shia militias in Iraq.

Earlier this month The New York Times reported that Trump’s advisers talked him down from ordering a strike, which they argued would certainly spiral into a larger war.

Included in the “strike options” were most likely plans to hit the Natanz enrichment facility, according to the report, which suffered sabotage and damage last summer in a likely Israeli covert operation but which is being repaired and rebuilt.

Israel too is said to be preparing for such a scenario, with its armed forces said to be in a high state of readiness. Iran is apparently taking these reports very seriously.

“The Israel Defense Forces have in recent weeks been instructed to prepare for the possibility that the U.S. will conduct a military strike against Iran before President Trump leaves office.” 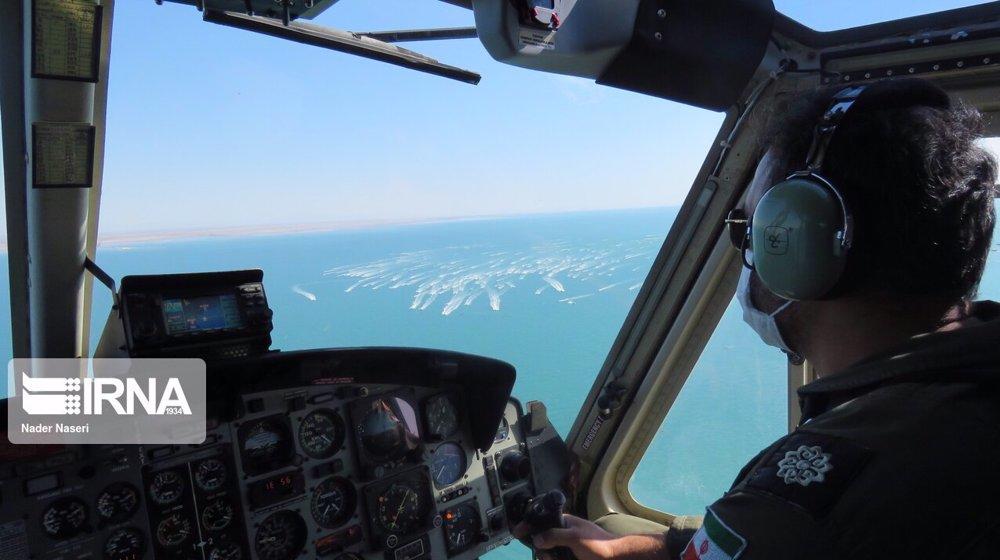 In an unprecedentedly high level of military readiness, the “Axis of the Resistance” led by Iran has declared a maximum alert on all fronts, as a preparation for a possible battle or war breaking out in the Middle East prior to the arrival in office of President-elect Joe Biden.

Sources within the “Axis of the Resistance” say that “the US may not be planning for a war against Iran with President Donald Trump leaving office soon. However, it is not excluded that the “bully of the neighborhood”, Prime Minister Benyamin Netanyahu, would like to carry out a swift hit on the Iranian nuclear facilities in order to sabotage the nuclear deal ready for when Biden takes over. In the case of an Israeli bombing followed by an Iranian retaliation, the Trump administration can then intervene with the pretext of “defending” Israel.

This means that it’s more than likely we’ll see Iran ramp up its military exercises and shows of strength as the weeks wind down on the Trump presidency.