A Conversation with Navid Negahban: A Promise to Pay it Forward

You don’t have to be a film critic to see how much Iranian-American actor Navid Negahban loves his craft. After his first play at the age of 8, he fell in love with acting. Soon he realized that his superpower was the ability to make people feel.

When he was 17, his friend Ardeshir convinced him to go with him to a small theater where they learned mime. Navid fell in love with mime. This new skillset will later help him land the roles that got his acting career started in both Germany and the United States.

When he was 20, he moved to Turkey and then Germany where he applied for asylum. He was put in a refugee camp that felt more like a prison camp. He made a friend there and together they would sneak out at night and return before the gates opened. Once he was processed and out of the camp, he was sent to Kaiserslautern. He landed his first job in the theater and also did odd jobs to make ends meet like landscaping, painting houses, etc.

As Navid shares his incredible story, I get the feeling that it’s important to him not get lost in the fame and forget where he came from and the people that helped him get to where he is today. He doesn’t seem to take any of it for granted and seems to enjoy remembering these as gifts in his life. For example, he talks fondly of a police chief in Germany that gave him his work permit so he can participate in his first play and later came to see him perform.

Navid was getting acting jobs in Germany but to pay the bills he needed to work more so he did some local modeling. Despite being 6 feet tall, he was one of the shortest models in Germany. He later landed a position working for a clothing company but he knew that his next move was to go to the United States and pursue his acting career.

He left for the United States in Jan 1993 without knowing much English. He took language classes and did odd jobs like washing cars and driving a cab. Soon, he found an ad for a Charlie Chaplin look-alike that could play the trombone. The film was called Boundaries and Navid ended up landing the role. The film won numerous awards and started his career in the US.

After a move to NY and then LA, Navid hit some hard times. He was sleeping in the back of his Lincoln Town Car and showering at gym. Later he found a basement that he turned into an apartment. He promised himself that when he was in a place to do something about it, he would help other artists not have to go through this hardship as they pursue their dreams.

I asked Navid about his response to Iranians that question some of the roles that he has taken on. He explained, “I just play the man. I don’t judge the character. My job is not to tell you what to think. My job is to make you think.” He later added that he had in fact walked away from other unrelated projects because he realized the creators were using the characters as propaganda.

My job is not to tell you what to think. My job is to make you think.

Today, Navid is a very successful award-winning actor that has done over 250 films. At the peak of his career, he followed through on his promise to pay it forward by purchasing the land for his Romany Artist Center and Studio. “It is an artist colony and residency – a safe haven, free from any kind of prejudice for artists, built by artists.” To date, he has spent close to half a million dollars of his own money on the project. Parts of it are still under construction. Due to the challenges brought on by Covid-19, the jobs Navid had lined up were delayed. To keep the center moving forward, Navid set up a GoFundme campaign. Once finished, it will include:

“Since I started the center, there have been 3 films and several music videos shot here.  One Photographer had their work here accepted at a festival. The one thing that stays with you is when you can touch someone’s life and makes a difference.” 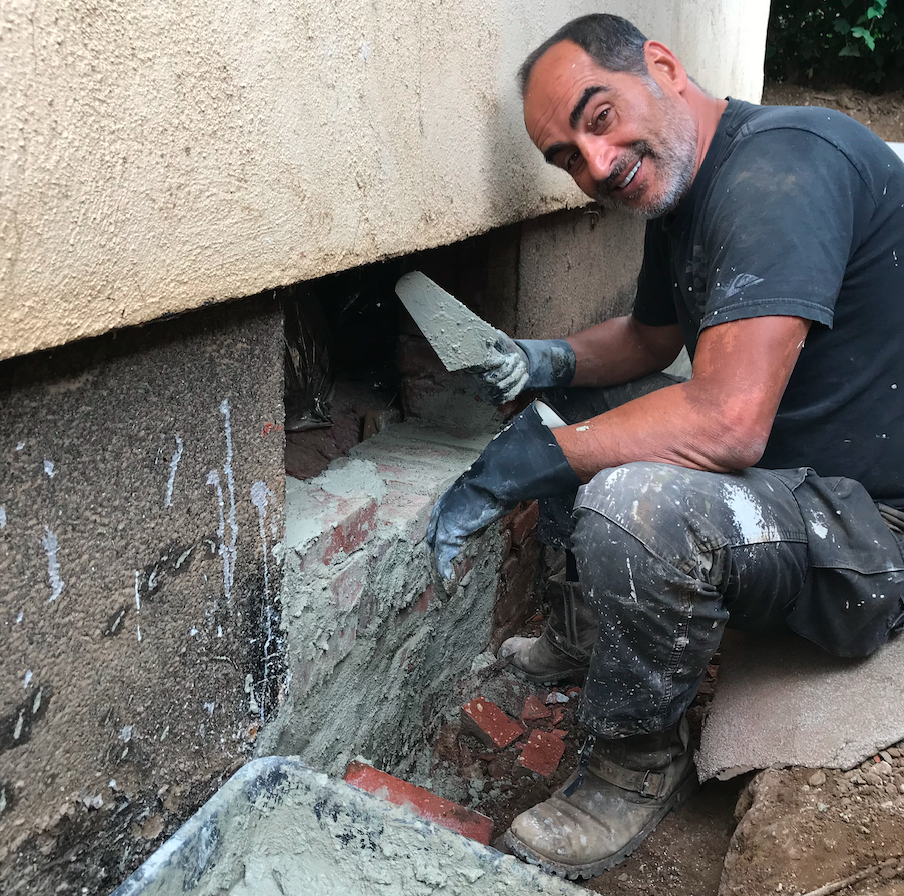 At the Romany Center, there is a nominal fee for housing which is a small fraction of what is charged for a hotel room. This fee also includes the use of the entire center for their work. For those that cannot afford this nominal fee, we hope to have sponsors. Once the artist has money, they will pay the center a percentage of the sale of their project so we can help the next artist that arrives.

Now more than ever, we need to support our artists in any way we can. If you are able to help the Romany Center, they are looking for both volunteers and sponsors. If you visit the center, don’t be surprised if you see this down-to-earth movie star drive-in with his old Toyota Tundra, pull up his sleeves, and get to work.