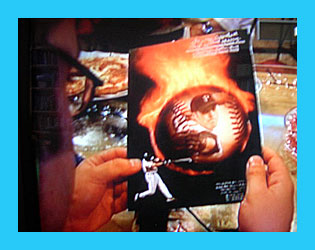 Iranian-American journalist Jason Rezaian, the young producer of this documentary, has spent more than two years exploring the land of his father and cultivating relationships with Iranians from all walks of life. He learns that Iran is more than religion. It's also hamburgers, a national baseball team, and a 30-year-old Neil Young LP in a remote forrest (English) Festival index