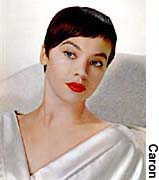 Some nights ago, surfing the cable channels in insomnia, I came across a quaint film I had not seen in nearly 20 years. The film version of "Daddy Long Legs" with Fred Astaire and Leslie Caron was not at all as I had remembered it - nor did it bear any resemblance to the book by Jean Webster. In the book, an enigmatic man - whose lean figure casts a long spidery shadow (hence the name) - adopts an orphan girl with a talent for writing and sends her to college. In college, the feisty girl finds her voice and eventually love as well. In that order and with that emphasis. We, as young girls, had loved this young woman's bravery and humor, her independence and her strength. We thought the eventual romance as a natural reward for and complement to her character. The film was nothing like that.

I watched with amazement as the beautiful Caron pranced about in frou-frou clothes, made herself pretty, shopped to her heart's content, and seduced men - young and old - with her scrumptious lips and French accent, all the while playing the damsel in distress. Not a word was said about how well she wrote or how intensely she aspired to be published. The determined young woman of the book had become the cute little sex kitten of the film. I tried to remember whether the infidelity of the film to the original story had bothered me when I had first seen it, but I could not remember.

The film awoke in me memories of all the films characters we had seen in my Iranian childhood and all the books and news we had read in which women figured prominently. And I wondered about the character and nature of all the fictional and real women who had occupied that place in our consciousness from which we draw our examples and which subtly forms our identity and aspirations. I had spent the first seventeen years of my life in Iran and those years had straddled the revolution, such that the images stored in the bank of my memory were both of settled and unsettled times and the people inhabiting these periods. 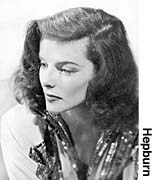 We wanted to be the beautiful and strong women in the American films: the assertive Katherine Hepburn or the sly Carole Lombard, or the headstrong Sophia Loren, who was so much a woman as to leave us all gasping. She talked back to the men and screamed and strode the celluloid earth as if she owned it and she was not afraid of taking up the whole screen, the whole film. Sometimes we wanted to be Scarlett O'Hara, fighting the world, consumed by love, consumed by passion.

We also had a diet of Indian and Iranian films (and music), where the ill- fated and forbidden romances between a man and woman of -inevitably- different social classes ended in tragedy through a trajectory of forbidden, coy, and flirtatious songs and dances around columns and in gardens. The women of these films were Eastern Juliets, their lives dictated and directed by their fathers and by the fates. We recognized in these women and their families a little bit of the social fabric of our own lives. We cut our hair like Googoosh, and by looking like this very Iranian icon, attempted to find a happy medium between the traditions of our families and the modernity towards which Iran seemed to be irrevocably hurtling.

But there were others. Those who touched our souls and whose image was not exclusively that projected in dark rooms on silver screens. Some of us wanted to become like our mothers: a first generation of professionals and artists and teacher and businesswomen who had bravely overcome societal or family resistance to get an education and find careers which allowed them to exploit the vast reserves of intelligence and energy within them.

We wanted to become Forugh Farrokhzad, this woman whose grainy picture on the cover of her books revealed a vulnerable beauty. A woman whose poetry was transcendent, fitting the rhythm of our lives, bitterly depicting what we could become: empty bodies awaiting the spring in small windows of our loneliness. She was not afraid of writing about more than women. She spoke of the dark times with the same knowing tenderness and sorrow (or fury) that she did of her lovers. We were shocked by the honesty of her desires and -secretly, very secretly- longed to one day experience them: the flight of the clocks, the melting of the moon, the darkness in which two sated shadows light two cigarettes. We wanted to become the "aroos-e-aghaghia."

Or we wanted to be the Talkhun of Samad Behrangi's folk-tales: this willowy girl who had forsaken all material things to search for truth and true love. We were ready for the Yousefs of the world to steal us away on their horses from the Savushun of our lives: dancing emerald eyes and courage were what we sought. We began to have romances with the idea of brave men who wanted brave women as companions. A revolution in the streets and epic poetry that celebrated the sacrifice of Arash ignited our adolescent imaginations.

And then, suddenly, there were other real images to celebrate: that of Ashraf Dehghani standing on top of a building, legs wide apart, the machine gun leaning on her hip made us delirious. The young women on the streets (and I remember them in their jeans and shirts, hair in thick braids) with their furious fists and their exuberant gait became our emblems. We were overcome by this moment - no matter how bloody and futile - where the women and the men stood shoulder to shoulder. 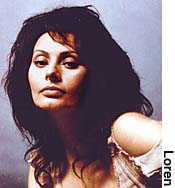 We had been raised with the admonishment that our virginity was a jewel, and that once given away, it was an irrevocable and irretrievable gift, that without this fleshy treasure of blood and tradition, we were nothing. We heard about girls who had been raped and who begged their fathers to kill them, for the shame was theirs and not the rapists' (we still hear about these honor killings). We heard hints sometimes that if we were abducted or beaten or raped, that it really was our own fault for not being cautious enough. Virginity and honor above all else seemed to be the message arriving through the fogs of the past at our doorsteps.

We saw that our brothers, our male cousins were privileged with space and privacy and liberties about which we could not even dream. They could leave in large groups and go to the mountain at 5:00 a.m. They could drive together to the orchards in villages far from the cities. They could play volleyball in the streets. We, the women, if allowed at all to partake of these innocent feasts, were required to have chaperones. We were the honor of our families, a burden we did not need and had never wanted.

We were young and romantic as the teens always are. We constructed grand romances -"I shall die of love"- from innocent flirtation and furtive glances by young boys, and we were insanely careful of our reputations. After all, we were shahrestani girls and while Tehran was so much more permissive, we still had the family's abroo and our own marriagability to consider. Brothers of our friends, the beautiful, melancholy Homayoons and Kamrans and Kianoushes were the candidates for our crushes. These men - who were ready to go to the jebheh or had just returned from the war, who could not go to the universities because they were all closed for "cleansing," who fit our silly notions of romantic by reading French poetry and arguing metaphysics - were there when we went to visit our friends, and we knew that something illicit and secret was happening when we glanced at them sidelong, giggled nervously as they spoke with us, or pretended cockiness when our stomachs were jelly. 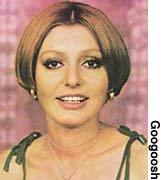 We argued poetry, and we quietly argued politics. We argued even the validity of Marshal McLuhans' global village ideas. We also talked about love and Michael Jackson. We wrote to pen-pals in Europe and the United States who became our eyes and ears when our country was closed down. We listened to the Voice of America, awaiting the dedications of songs. We threw all-girl parties under the eagle-like supervision of our mothers who were worried about the Komiteh, and we pretended to be boys in these parties. Little did we know about Simone de Beauvoire's chapter on adolescent crushes on our friends when all sexuality is so completely repressed.

We knew so little about sex and thought we were so wise about love. Passion, passion, passion we sought everywhere and in those heady days - when the entire world seemed to be in the streets and the air was velvety with the suggestion of change - it was so easy to be passionate about who we were, who wanted to become, what we believed, and what we wanted to do. Those years made us into the women we are now. The abundance of possibilities and the possibility of equality, when the job of resistance (and later, cynically, the job of being detained and executed and exiled) was so evenly divided between men and women, intoxicated us. We chose to look upon the world wide-eyed and in the process we found our voices.

We never thought of the contradiction between this equality and the notions of marriage so prevalent. We knew little, if anything at all, about the theory of feminism and had not questioned the balance between love and careers in our life. Perhaps because some of our parents considered our education more important than our marriage, we came to imagine that we were not subject to the intricate rules of seeking a mate: the search, the khastegari the careful contemplation of each other's family and shajarnameh, the polite bargaining over household goods, the length of the engagement, and the most fortuitous time for aghd and aroosi. We thought we could marry for love and become a woman of means and talents besides. We thought we could become healers and teachers and builders and that we would be loved endlessly. We imagined our lives as perfect parcels, wrapped in laughter and romance and hard work and bravery and dancing emerald eyes. We thought we could save the world and live happily ever after too. 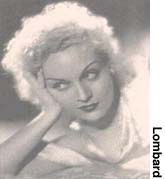 Now, from a temporal and spatial distance that sometimes surprises me with its immensity, I look upon those innocent times when we were so young and we thought we could conquer the world. I have still under my skin a sentimental girl who all those years ago believed the poetry and the evidence of her eyes and emotions. Every so often, when I think of my future, I wonder if this desire within me to "do something," to "become someone," and yet to love wholly and laugh in simple bliss, was born of that amalgam of experiences and images back then. I wonder if standing at the bulls eye of history, at the crossroads of war and peace, East and West, tradition and modernity, and joy and sorrow has utterly and completely ruined me, made a difficult woman, an impossible woman of me. Even if so, I would not change my life for anything. I exchanged serenity and an ordinary life for having survived the storm of change, idealism, and imagination and walking away with yearning under my skin.

* No sand between my toes
By Golpar

* The woman back home
Never met her; want to marry her
By Ramin Tabib

* Feastures
* Cover stories
* Who's who
* Bookstore