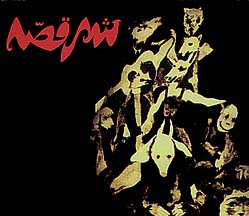 A year ago I was in suburban Philadelphia for a reporting assignment. I asked if there was an Iranian restaurant where I could go to for my lunch break. There was and, luckily, they not only served chelokabab, but also had a large collection of CDs for sale.

As I was looking, I noticed a double-CD album featuring "Shahr-e Qesseh" (City of Tales). I had a vague but fond memory of the musical from the early 70s, especially of Khaleh Sooskeh and how she drove all the male charactors (and audience) mad with her flirtatious naaz.

When I went back to my apartment in New York and listened to the CDs, which are based on original recordings of the musical in its entirety, I realized what a brilliant social and political commentary "Shahr-e Qesseh" was.

As a child, I had enjoyed the entertaining aspects. But now I also see the late composer Bizhan Mofid's brilliant artistic subtle criticism of less desirable aspects of Iranian society. It is, without a doubt, the most socially conscious and entertaining work in Iranian performance art.

Shahr-e Qesseh is not performed in Iran because it caricaturizes clerics along with other segments of society. But even abroad, Iranian theater groups rarely bring it on stage in their communities. Although, there have been recent reports from Los Angeles that a new production of the musical will soon go on tour. Catch it if you can. If not, order the CD from Caltex records.

In RealAudio format. Get it here.