‘The Election is Now’: Trump’s ‘Campaignization’ of U.S. Foreign Policy

by Laura RozenAugust 16, 2020
U.S. President Donald Trump has made little secret that he has been looking for photo opportunities to play statesman for the cameras in recent months, and that he wasn’t particularly...

by Laura RozenMarch 22, 2019
The decision helps Netanyahu politically, but it could imperil the Trump administration peace plan, especially with Arab governments.

Trump Administration Finds Its Iran Policy Is Not Working

by Laura RozenJanuary 23, 2019
The Donald Trump administration conducted a preliminary internal assessment of its Iran “maximum pressure” policy this month and determined that it is not working, according to a new report.

Rouhani says Iran isn’t a ‘bargaining chip’ in US elections

@Mohsen_Tavakol @arash_tehran A truly moronic action demonstrating they don't have a clue what the "deal" actually is nor do they seem to know what the UN does.

Out of touch and embarrassing. One wonders if Iran struck a comprehensive deal with a Western power today would they worry about sovereignty?

This is what the US "maximum pressure" campaign has come down to? Having @MazJobrani write the Sec Gen to say it should be illegal for China to invest in Iran? So Weird haha. https://twitter.com/arash_tehran/status/1308477763876257804

More than 100 prominent Iranians from all walks of life and with different politics wrote a letter to UN secretary-general to oppose the Iran-China deal as trampling on Iranian sovereignty.

New on MoA:
The End Of The 'Rules Based International Order'
https://www.moonofalabama.org/2020/09/the-end-of-the-rules-based-international-order.html 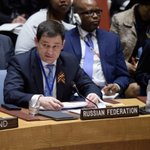