From The Rubble Of The U.S. War In Iraq, Iran Built A New Order

by The Intercept | Go to Source 5 months ago2 comments

Iran’s aggressive approach toward Iraq has to be seen in the context of history. Indeed, it is hard to imagine any rational nation-state actor that would not have pursued a similar path given the same circumstances. The invasion led to fears in Iran that the next stop for the U.S. military would be Tehran. These fears were heightened after the Bush administration rebuffed a proposed “grand bargain” from Iran in 2003 that offered talks aimed at resolving the differences between the two sides. Instead, the United States continued to treat Iran as an enemy and pursued a path of occupation in Iraq that left in its wake a trail of failures and hundreds of thousands of dead Iraqis.

Thread 👇🏽 "Someone doused an Asian woman with acid right outside her home in Brooklyn."

@rstemmler24 @theAfroLegalise There have been acid attacks in the US and the West targeting Muslims especially for a very long time. It is not a uniquely non-US crime. 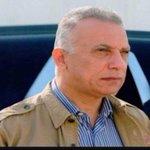 Iranophobia is so deep-rooted and pervasive among the political elite/media that every statement of solidarity requires the obligatory political cover of, “There's no denying Iran is a bad actor...”

“There's no denying Iran is a bad actor, but innocent civilians are dying there in part because our sanctions are limiting humanitarian aid duri...

There's no denying Iran is a bad actor, but innocent civilians are dying there in part because our sanctions are limiting humanitarian aid during coronavirus. We need to ease them to ensure that aid gets through.
https://nationalinterest.org/blog/middle-east-watch/there-no-place-maximum-pressure-iran-during-pandemic-141257