How John Bolton won the war on Iran policy

During the 17-month tenure of John Bolton as President Trump’s national security adviser, representatives from government agencies with a stake in Iran policy would meet regularly in a secure room in the Old Executive Office Building or in the situation room in the West Wing of the White House.

The gatherings, hosted by the National Security Council, were designed to hash out a unified U.S. government position on Iran policy. But the Defense Department repeatedly complained that the memos the NSC produced from these meetings were “largely incorrect and inaccurate,” a former senior administration official said. Defense officials accused Bolton’s staff of misrepresenting the department’s views in the official memos on issues ranging from the designation of the Islamic Revolutionary Guard Corps (IRGC) as a terrorist organization to the provision of military aid to the Lebanese armed forces.

The summaries “were essentially fiction,” the former official said.

US attempt to block Iranian funds in Europe nullified: Iran

Israeli man arrested by Shin Bet for spying for Iran

Poor will get poorer and middle class will shrink, considerably. The wealthy, shot callers, will find ways to exploit, benefit, and ultimately come out on top. Tipping point forthcoming where the US is ripe for an American Revolution 2.0

- 52% of Americans under 45 have lost their job, had hours reduced, or been furloughed

@maryam_lcsw A majority would be well-served if educational institutions embraced curriculums inclusive of philosophy, self-awareness, and critical-thinking classes. Current (neoliberal) systems are designed to yield sheep/slave mentality at the cost of reaching our best/most authentic selves

@iraniandotcom His hatred for Iran is exemplary!

Just when you think he couldn’t possibly make a bigger ass of himself, the State Department, ‘Murica.

.@SecPompeo on #COVID19 assistance to Iran: We wanted to bring technical assistance and all the things that America can bring to help save Iranian lives. We want good things for the Iranian people, but this is no reason to try and infuse cash to the Iranian regime.

How do you put lipstick on a pig in Canada? By couching the decision to unfreeze arms exports to Saudi as a way to improve the terms of an existing arms deal and announcing an advisory panel of experts & multilateral discussions on the Arms Trade Treaty. https://www.canada.ca/en/global-affairs/news/2020/04/canada-improves-terms-of-light-armored-vehicles-contract-putting-in-place-a-new-robust-permits-review-process.html 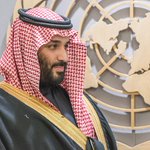