Sign up for our daily newsletter to get the top news and analysis delivered to your inbox.
Religion,

by The Conversation | Go to Source

Iran’s 1979 Islamic revolution was a defining event that changed how we think about the relationship between religion and modernity. Ayatollah Khomeini’s mass mobilisation of Islam showed that modernisation by no means implies a linear process of religious decline.

Reliable large-scale data on Iranians’ post-revolutionary religious beliefs, however, has always been lacking. Over the years, research and waves of protests and crackdowns indicated massive disappointment among Iranians with their political system. This steadily turned into a deeply felt disillusionment with institutional religion.

What My Sept. 11 Birthday Means as a Muslim Iranian-American

Iran executes wrestler whose life Trump asked to be spared

Iran threatens to strike UAE in case of US attack: MEE

US Military Claims Iranian Troops and Weapons are in Vene...

U.S. Hopes a Small Step in Easing a Mideast Rivalry Could...

Iran not to re-negotiate JCPOA: Zarif

Iran’s ballistic missile strike on Iraq in January is part of the context here. The West was willing to look past Iran’s missile program assuming it’d remain a standoff deterrent & wouldn’t be used. But the attack showed both Iran’s willingness & the sophistication of the threat https://twitter.com/afp/status/1334854719534067714

#UPDATE Germany said Friday that a new broader Iran nuclear accord must be reached to also rein in Tehran's ballistic missile programme, warning that the 2015 deal was no longer enough
http://u.afp.com/3vQD

There is seemingly a misconception about Iranian media in the west as they think all of them are state-run.

There are many privately-owned papers and outlets, like Shargh, Entekhab, Etemaad, Asr Iran and Fararu.

There are of course state-run media like Kayhan, ISNA and IRNA

Her photo, “Freedom in Freedom,” captures the absolute joy of Iranian women as they were finally allowed into Azadi stadium to watch a soccer match in #Iran, after 40 years. 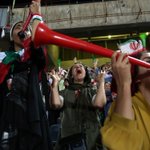 Germany is now saying that should the Biden admin return to the #Iran nuclear deal, it must be amended to include a provision curtailing Iran’s missile program.

They really want to keep Iran defenseless as it is surrounded by an aggressive foreign military force.

UAE gets fifty F35 stealth fighter from US in $23 bn deal; bankrolls Wagner mercenaries in Libya; gets Russia to launch top secret military satellite to spy on Turkey to whom Russia just sold S-400 missiles to counter F35! Welcome to multipolar world!

The VS24 mission launched successfully after almost nine months of delays. Click here for more details.

Here's what @HeikoMaas & E3 must do before speaking abt what Iran should do: 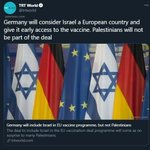 The US-led economic war against Venezuela has brought Caracas and Tehran closer together. Iran broke the blockade against Venezuela this year, delivering much needed crude & even opening a grocery store in the country

I found this mural in central Caracas 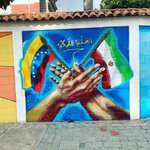