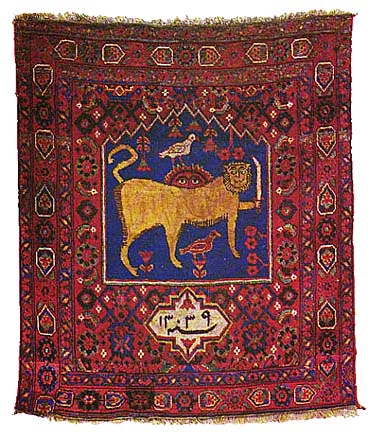 Although the lion and sun officially became the symbol of the Iranian state in 1836 A.D. during the reign of Mohammad Shah, this motif has been used by Iranians on coins, emblems, standards, and other objects over the last 600 years. During the last two centuries, this motif has attracted the attention of rug weavers, but most of them have woven it in small size and in proportion to other designs. It is far less common to see the lion and sun used as a large medallion. (Back to article)