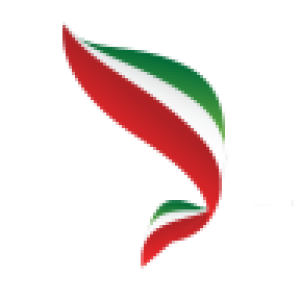 Iraq’s Shia Popular Mobilization Forces (PMF) said on Friday that several members of the militia as well as several “ guests” were killed by rocket fire near the Baghdad International Airport.

Al Arabiya and Sky News broadcasters also echoed reports of Soleimani’s death. There has been no official confirmation issued by Tehran of IRGC.

According to earlier media reports, the killed people were in two vehicles that were leaving the airport late on Thursday. The projectiles are reportedly said to have hit the facilities of the Iraqi army and the international coalition. According to Al-Sumaria broadcaster, the strike also injured at least 12 Iraqi servicemen and killed a civilian.

The PMF blamed the US and Israel for the deadly airstrike.

“The American and Israeli enemy is responsible for killing the mujahideen Abu Mahdi al-Muhandis and Qassem Soleimani”, spokesman for the PMF Ahmed al-Assadi said, cited by Reuters.

According to US officials, cited by Reuters on the condition of anonymity, the Thursday strikes were carried out against two targets linked to Iran in Baghdad.

Earlier in the day, the PMF – that is reportedly responsible for the recent siege of the US Embassy in Baghdad – confirmed its senior official in charge of public relations, Mohammed Jabiri, was also killed in the incident.

The situation in Iraq escalated on Tuesday when Shia protesters attempted to storm the gates of the US Embassy in Baghdad following airstrikes on an Iran-backed unit of Kataib Hezbollah operating in the country. The strikes were carried out in response to an attack at a Kirkuk base that killed a US contractor.

[above reporting via Sputnik]

I'm astonished to say I agree with Geraldo. It's sickening how liberal media & conservative media are licking their lips at the war & oil stocks going up. It is the children of the working class who will go fight & die in this war that Trump started #WWIII pic.twitter.com/LOQIJxPyas

Congress now has a moral and legal obligation to reassert its power to stop this war and protect innocent people from horrific consequences.

We have two immediate options:

1. Vote on a War Powers Resolution, which requires Trump to attain Congressional approval.

#BREAKING: US Secretary of State Mike Pompeo announces intent to designate Iran-backed militia Asaib Ahl al-Haq a terrorist organization, according to a media note from the US state department pic.twitter.com/aqRTF1piVT

My statement on the killing of Qassim Suleimani. pic.twitter.com/DUCVczjNzm

We need to get out of Iraq and Syria now. That is the only way that we're going to prevent ourselves from being dragged into this quagmire, deeper and deeper into a war with Iran. #WWIII #TrumpsWar #StandWithTulsi pic.twitter.com/nb8mLfiywq

.@jzarif just had a phone conversation with @antonioguterres on #GhassemSoleimani assassination.He said Suleimani was a popular figure among people of the region, due his instrumental role in fighting terrorism & ISIS,&his martyrdom by American terrorists will have consequences. pic.twitter.com/rV0nAbon8Y

If you don’t recognize that war with Iran was the plan from the very beginning you haven’t been paying attention.

“3000 or so” additional US troops to be deployed to the region in preparation for further escalation and possible counterattacks, according to Pentagon officials.#Iran #Soleimani https://t.co/umYnM6Ds8t

"A Swiss diplomat delivered a message from the United States to #Iran on Friday over the U.S. killing of senior Iranian military commander Qassem #Soleimani, the Swiss foreign ministry said."https://t.co/X88Lkv3C7T

Glad to see the war propaganda machine all revved up and ready to go this morning. pic.twitter.com/XEmch8ZRBf

Literally every man Al-Jazeera just interviewed on the street in Tehran chronicled how/when/for how long they had been crying, and who else had been crying at home. Even the young hipster.

Chants of “down with America” in the Tehran metro: pic.twitter.com/yJuDrnwh7f

Every discussion of US policy on Iran must be situated in the context of Trump *illegally* sabotaging the global nuclear deal, which Iran, Europe, China, and Russia all still abided by as he unilaterally tore it up

The US has been the aggressor from day 1 https://t.co/eROBGjEsn9

.@realDonaldTrump seems to have inadvertently delivered on one promise: the US presence in Iraq is no longer tenable …

I don’t see any way to stop what is coming, war from the Mediterranean to the Indus and harsh repression in the US that may vitiate the 2020 election. This is the test for the Democrats: have our leaders learned anything since 2003? I fear the answer.

BREAKING: Netanyahu cuts short his visit to Greece due to tensions around the killing of Soleimani and will return to Israel within hours, PM office says

US orders all its citizens to leave Iraq immediately. I would guess a similar decision concerning Lebanon will follow. US military intervention force based in Kuwait is reinforced.

Bernie on Iran 6 months ago pic.twitter.com/BKfvkOgycz

Tucker Carlson Going Off on Neo-Cons

“The very people demanding action against Iran tonight…are the very same ones demanding that you ignore the invasion of America now in progress from the South.”

Apparently Soleimani’s son in law was also killed in the attack.

Russian foreign ministry statement on the assassination of Qassem Soleimani: “Qassem Soleimani was faithful in his service to Iran’s national interests and we offer our condolences to the Iranian people.”

Adds the assassination was a “reckless action” that’ll increase tensions

The US embassy in Baghdad has reportedly urged citizens to "depart Iraq immediately" after the strike.

Iraq PM Adil Abdul-Mahdi says that the US can expect retaliation, and that the strike "will spark a devastating war in Iraq."

To the Iranian government: If you want to stay in the oil business leave America and our allies alone and stop being the largest state sponsor of terrorism in the world.

Iraq seeks US troops exit. PM Abdel Mahdi: "Target assassination of an Iraqi commander is a violation of the agreement, can trigger a war in #Iraq and the region. It is a clear violation of the conditions of #US presence in Iraq. I call the parliament to take the necessary steps.

Mahdi Army fought against the US troops during the invasion in 2003. Sadr disbanded the group in 2008.

RUMINT: Khamenei himself may be attending the Supreme National Security Council deliberations today.

I actually don’t recall this ever happening. This shows just how extraordinary the situation is.

#Iran #QassemSoleimani used his Mobil phone like any normal person because he believed that, when the decision to assassinate him will come, it will be at a state-to-state level and no need to hide.

Indeed, this is exactly what happened.

Rare personal video of Gen. Suleimani reciting poetry shared by a source in #Iran. About friends departing & him being left behind.#قاسم_سليماني pic.twitter.com/vUX4LrkMQY

Indo-Pacific strategy is finished. US stays put in Middle East for another generation. https://t.co/DyezureUfD

This is not journalism https://t.co/5fnsJmmMC0

Alleged photos of the car carrying #Soleimani and his belongings pic.twitter.com/czs1nnwfVX

Footage from the aftermath of the alleged assassination of Al-Muhandis, Soleimani and Kawtharani near #Baghdad Int’l Airport.

I cut the video short before it got too graphic. pic.twitter.com/wQVMiyzuY5

In death, if not life, Gen. Sulaimani has unified Iran's rivaling political factions, from hardliner to reformist, who are all rallying behind the regime & see this as an act of war by Trump.#Iraq #Iran

Caution to those covering US killing of Soleimani. Treat US statements as claims, not facts. Trump has told over 15,000 lies, including many on core national security issues. We have no idea if claims about what Soleimani was planning are true. Or anything about the attack.

Trump's dangerous escalation brings us closer to another disastrous war in the Middle East that could cost countless lives and trillions more dollars.

Trump promised to end endless wars, but this action puts us on the path to another one.

The US bears responsibility for all consequences of its rogue adventurism.

So what if Trump wants war, knows this leads to war and needs the distraction?

Real question is, will those with congressional authority step in and stop him? I know I will. https://t.co/Fj9TMossEW

The justification for the assasination is to “deter future Iranian attacks”.

One reason we don’t generally assasinate foreign political officials is the belief that such action will get more, not less, Americans killed.

That should be our real, pressing and grave worry tonight.

We CAN NOT let this happened. All hands on deck. Everyone's voice is needed. https://t.co/67ptgXiCY2

Anti-Trump pundits on CNN and MSNBC are saying they are happy Suleimani is dead. These people rail every day against Trump, yet they love the outcome of his agression. At the end of the day imperialism trumps hating Trump.

A tale of two emails, six weeks apart. And for the first time, I’m actually considering it. pic.twitter.com/Bp1mS4uo6U

To be justified under international human rights law, intentionally lethal or potentially lethal force can only be used where strictly necessary to protect against an imminent threat to life. (2)

It’s a blatant act of war you idiots. Imagine if the Chairman of the Joint Chiefs of Staff was assassinated in an air strike

You misspelled the Israeli flag

Iranian State TV has confirmed Soleimani has been killed.

Extraordinary actions by the US, killing a senior Iranian State official.

Think about this. Trump may have started down the road to war with Iran and he did it not just without warning but without John Bolton in the White House or in his ear. Kinda puts all those ridiculous ‘Trump is a dove deep down but tricked by neocons’ DC hot takes in perspective.

If the U.S. goal was to secure this regime for 40 more years and transform Suleimani into the martyr Iran's hardliners can use to stoke nationalism and anti-Western sentiment for years to come, then congrats. You did it.#NowarwithIran https://t.co/KOSy1lYWRG

Individuals don’t matter that much. If US killed Qasem Sulaymani, he will be quickly and easily replaced in IRGC. US presence in Iraq, not so much. And conflict escalation management now much more tenuous. Rough road ahead.

Fox News already beginning to blame Obama for implications of Soleimani assassination. Sounds like it’s starting to sink in what this could mean

I imagine lots of Iranians will also wake up in a few hours with smiles on their faces. This is a massive blow to the regime.

And they too will have to brace themselves for what comes next. #IranProtests #FreeIran2020 https://t.co/QXxPIRys1T

Trump – any president – doesn’t need congressional approval in attacking “terrorists”. Amazing how much goes back to the Bush admin. Only @RepBarbaraLee has stood against it since 2001.

This is also where the USGOV’s 2019 designation of IRGC as a terrorist org becomes relevant. https://t.co/NDudd55Bok

Trump may have just started a war with no congressional debate. I really hope the worst case scenario doesn’t happen but everything about this situation suggests serious escalation to come.

Iranian sources in Iran are warning that killing Gen. Qasem Sulaimani spells war.
"Official reaction will begin with a strike," one says.#Iraq

The US (or israel or whoever did it, we still don’t know) assassinating Qasem Soleimani & PMF leader Abu Mahdi al-Muhandis is shocking. These guys defeated ISIS. Shock value is the equivalent of Iran taking out Abraham Lincoln, George Washington and Captain America all in one. https://t.co/BrGRlMt2fI

If rrue this is an Archduke Ferdinand moment. The US and Israel will pay a heavy price for this. https://t.co/7lW4A12pNv

This is not gonna hurt the Iranian regime. It will galvanize it's base & many in the region. It throws potential for US-Iran diplomatic de-escalation decisively out the window. Many parts of the region likely to light up like a candle. A historical turning point for the region.

Multiple sources, including Iraqi media, have confirmed that both Qassem Soleimani & AbuMahdi al Muhandis were killed in a US strike in Baghdad tonight. The region is set for massive escalation. https://t.co/clZJESDRxX

Nested in the Trump admin and empowered by Kushner, some of the stupidest, most fanatical neocons appear determined to inflame a regional war. At the moment there seems to be no force in Washington (congressional Dems, Joint Chiefs, etc) limiting their thirst for escalation. https://t.co/CCyceCF6of