I received several hundred photos from Schahram yesterday. They show different aspects of life in Iran, which he recently visited [see his note]. These particular ones are interesting because they show how Iranian women are modifying and eroding the strict religious dress rulesc. Incidentally, the ruling righ-wing conservatives are considering the introduction of a unified “National Dress” (Lebaas-e Melli) for women. Good luck! 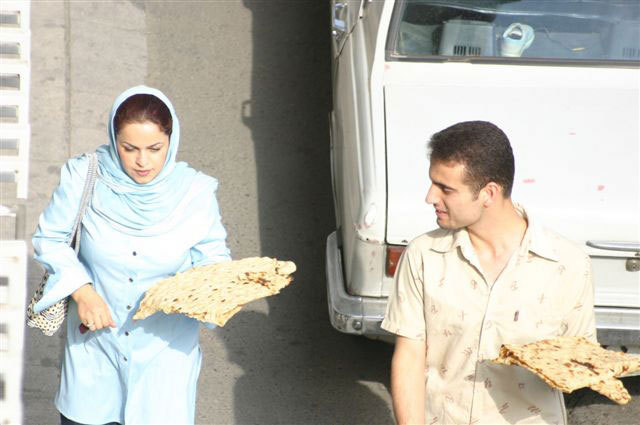 I returned to Iran after 23 years, it was a journey which made a deep impact on me.
I never saw so many well educated young people. So much cultural, political and scientific potential. And so much suffering, sadness and apathy.

And an atmosphere like in a communist state. I was in an eastern European country in 1989, in the year of change in Europe: An empty state, just a FACADE, totally empty, backed by no one. This country is a country right before a collapse. But before this collapse, and here I agree with the people, they want to know which direction this change will take them.

I think I was the only one who took pictures with a mirror reflex digital camera on the streets, because everybody, including the police was watching me. Even the Basijis (The Moral Police!) told me at one point to put my camera away immediately, they raided a mall, so I did. I remembered Zahra Kazemei (Zahra is an Iranian/Canadian journalist killed at a Persian in Tehran during last year protest marches) very well.

I think it is our responsibility to show how the women back home are suffering and struggling under this regime. Pictures say it all, there is no comment required to show you their desperation.

Once I took pictures in the Tehran bazaar, suddenly a man appeared from nowhere and he whispered in my ear: 'Try to take pictures of the young people, try to show their sadness in the depth of their heart, try to show this on your pictures!” Then he disappeared…..
There was no time for me to tell him anything; that I have already been hard at work at this…Born as a spontaneous idea, I deliberately made pictures to contribute to the women's struggle.

every Iranian I spoke to, I got one clear message: DON'T THINK WE ARE BEHIND THE TIMES! And more important, TELL THE WORLD NOT TO FORGET US! WE NEED THEIR HELP TO FREE US!