From “Iran’s Nuclear Program: Debating Facts Versus Fiction” by Kaveh L. Afrasiabi, Ph.D. (2006, BookSurge Publishing). “This book, written by a leading expert on Iran’s foreign and nuclear affairs, provides a fresh and insightful perspective on Iran’s nuclear program. Based on in-depth interviews with the key nuclear decision-makers in Iran, Europe, and the International Atomic Energy Agency (IAEA), the book is a welcome addition that sheds new light on the present international crisis over Iran’s nuclear program.“

Lauded by the EU foreign policy chief Javier Solana as a “landmark,” the Paris Agreement followed intense negotiations between the foreign ministers of the EU3 and Iranian officials beginning in October 2003 in Tehran. Iran agreed to adhere to the Additional Protocol as a clear sign of its more flexible approach.

One year later, after several intrusive IAEA inspections and the continuing concerns of the Board of Governors of the IAEA over Iran’s nuclear program, Iran agreed to a “verified” suspension of its uranium enrichment program. The EU3 in return agreed to “recognize Iran’s rights under the NPT exercised in conformity with its obligations under the Treaty, without discrimination.”

From Iran’s vantage point, the Paris Agreement potentially widened the rift between the United States and Europe. In contrast to the U.S. desire to dismantle Iran’s nuclear program, the EU acknowledged Iran’s NPT rights to peaceful technology, and also recognized that Iran’s enrichment suspension “is not a legal obligation.” 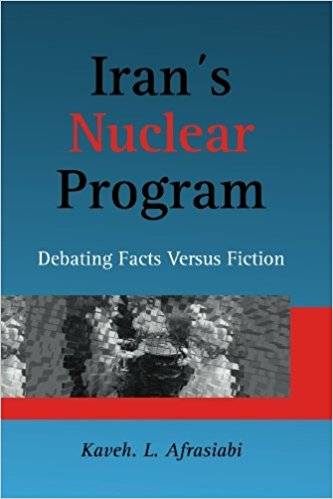 According to Iran’s top negotiator, Ayatollah Hassan Rowhani, the Agreement reflected a European departure from their earlier insistence on “indefinite suspension” championed by the United States. That said, the EU3 still pursues the goal of making Iran’s voluntary suspension permanent, though not as forcefully as the United States, in anticipation of a “hot” confrontation between that country and Iran over this issue.

In addition, the Paris Agreement called for cooperation between Iran and the EU against international terrorism “irrespective of progress on the nuclear issue” while clearly establishing a direct linkage between the nuclear issue and any future progress on Iran-EU trade talks and EU support for Iran’s bid to join the WTO.

Also, the EU3 promised to provide “firm guarantees on nuclear, technological, and economic cooperation and firm commitments on security issues” should the differences over enrichment by resolved. Subsequently, from December 2004 to March 2005, three “working committees” on nuclear, economic-technical, and security matters negotiated in Brussels, submitting their final drafts to a joint “steering committee” that would set the next course of action.

In a certain sense, the Paris Agreement, viewed by the signatory parties as a “temporary agreement,” was as much a leap forward as it was a leap toward a paradoxical dead end. It followed war-weary Europe’s quest for a diplomatic resolution of the nuclear proto-crisis, but one that was more effective as a timely stop-gap measure to prevent the issue from exploding into a full-scale crisis, which still fell desperately short of the necessary ingredients for a mutually satisfying resolution.

What is more, it also sowed the seeds of a future United States-EU schism over Iran, given the consistent opposition of the United States to anything short of Iran’s full cessation of its enrichment program.

For the moment, however, a happy resolution seems to have been reached, notwithstanding President Bush’s recent claim to have the European backing for Security Council action against Iran if the Iranian regime rejects the package of economic incentives in exchange for a perpetual halt to its uranium enrichment program. This amity may turn sour, however, in light of the fact that the Paris Agreement underscored Iran’s right to peaceful nuclear technology, which by definition encompasses the right to produce the nuclear fuel for its reactor(s).

Widely interpreted as “deeply flawed” by U.S. commentators, the Paris Agreement was nonetheless an important benchmark that set European standards for dealing with Iran: that is, a comprehensive, multilevel approach following the prescriptions of “linkage diplomacy” whereby the future of long-standing negotiations between Iran and the EU on the ‘Trade and Cooperation Agreement’ were yoked to the net result of the nuclear talks.

This did raise concerns about ‘nuclear reductionism,’ since the whole sum of Iran-EU relations may be reduced to naught should the nuclear talks fail. After all, compared with the minimal economic relations between the United States and Iran due to sanctions, Europe is Iran’s largest trading partner and has much to lose if the present “linkage diplomacy” translates in the future to an EU trade embargo on Iran.

PrevPreviousCommon interests
NextFor our own goodNext