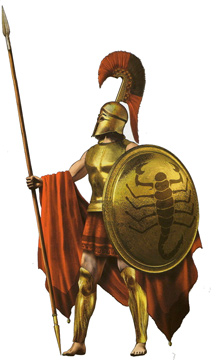 “While in Berlin, Levey met with Thomas Mirow, a senior official at the Finance Ministry, and Chancellor Angela Merkel’s foreign policy advisor Christoph Heusgen. During those talks, he demanded Germany cut its so-called Hermes export credit insurance coverage when it came to deals with Iran. . . . Moreover, Levey told the officials that Washington wanted Germany to scale back all of its other economic ties with Iran as quickly as possible. But Levey ran into resistance from the Germans, who said his demands were understandable coming from a country that has no trade with Iran. Germany, however, exports more than EU4 billion ($5.45 billion) in goods to the country each year, creating thousands of jobs.” (Spiegel online, “US Pressures Germany to Cut Iran Business Ties”, No. 31/ July 30, 2007)

How many people have to be executed in Iran before unemployment is eliminated in Germany is unclear at this point. Nobody has posed the question yet. Hermes export credit insurance coverage save this people! One has to be made of stone, however, to not be tempted to go mad or kill oneself. Don’t be emotional, be rational. But how would it be if one tried to feel semi-rationally for a while?

Fascism can only do the one thing: exterminate what it doesn’t like. Be that in the name of racism, nationalism, communism or Islamism. Sometimes it’s the turn of the Jews, sometimes imperialists, sometimes Armenians, sometimes so-called unbelievers (atheists, Christians, Baha’i, gays, lesbians, adherents of free love etc.). And the masses just stand, stare and remain silent. History always repeats itself: today the grotesque setting is Iran and a grotesque silence prevails in Germany and Europe. It is a European virtue: don’t be emotional, be rational. If a healthy human being is governed more by emotions than by cool logic as some neuro-scientists have recently claimed to have discovered ˆ then I must conclude that the world is governed by a group of logical lunatics, who are trying to save it from the plague or unemployment.

Until the Iranian Revolution in 1979, all eyes and ears of the so-called “humanitarians” were trained towards Iran. No matter what the former Shah did, he was a hate figure and was vilified. If he but coughed, all international members of the ‘Confederation of Iranian Students’ (CISNU) together with those of the Socialist German Student’s Union (SDS) immediately turned out in force, lay flat on the floors of the refectories of the Universities on hunger strike, or built blockades around embassies everywhere in order to draw attention to the “plight” in Iran. Even the former President of the Federal Republic of Germany, Gustav Heineman (until 1952 member of the Conservative Party (CDU), from 1957 member of the Labour Party (SPD)), came down on the side of the knightly saviours of the global community and cancelled his participation at the celebrations of 2,500 years of the Persian Monarchy in 1970 out of consideration for the Œanti-Shah’ sentiments in the German population. The masses were present at the Demonstrations and sang the song, fie!, fie!, fiefiefie! in unison.

Where are those “humanitarians” now? Where is Günter Wallraff, who chained himself to a pillar in protest against the military dictatorship in Greece? Where is the literary giant Günter Grass, who demonstrated on the streets with Iranians and the SDS? Where is Hans-Magnus Enzensberger, who travelled around Iran with Ayatollah Bahman Nirumand in order to gain an impression of the horrors there – presumably to be able to write a historical book later? Where is the Iranian opposition? Where are Ruprecht Polenz (CDU), Werner Hover (Liberal Party, FDP), Gregor Gysi (Socialist Party, PDS) and Martin Schulz (SPD-MEP; Member of the European Parliament), who got all het up when when the Iraqi mass murderer Saddam Hussein was executed last December? Jean-Paul Sartre and Simone Beauvoir cannot be made responsible any longer ˆ they are long dead. But where are all the others? You bet they have disappeared in the political silly season, to Turkey, Iran or wherever…. Don’t get emotional and ruin the holidays….

I don’t want to ruin your holidays and therefore I’ll only point you to a detailed report by Amir Thaheri on the brutal fruits of the regime of the Islamo-fascists in Iran since they took power in 1979. The only thing the masses are given is an illustrated report in Bild (German tabloid newspaper) on August 6, 2007: “As the condemned hangs dead from the gallows, one of the hangmen is holding a German MP5 (9mm, 800 rounds/minute)”.

And on the same day one can read on www.islam.de: The Party of European Socialists (PES) is to move decisively against Islamophobia — and Europe is to acknowledge its ‘Jewish,Christian, Muslim’ heritage. Well, here’s a motto for the knights in shining armour:

Tall on his horse

For the earthly worms,

Calls to the stars

Up in the heavens:

Will save you from the rats.

Calls from the deep:

Where is the knight?

It emerges from hell,

Will save you from the rats!

© The Authoress is a German-Persian publicist, philologist, orientalist, film and literature critic, lives in Mainz.