Somebody is calling my name 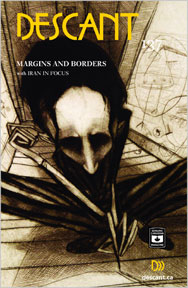 I don’t know the meaning of my name. But I know one thing: my name is entirely what I am. Already, I’ve forgotten the name that’s given to me. Maybe if I think harder, I’ll remember it. Yet I feel no urge to look for it: it was like all those things that must have been lost, those that must have been gone and set free in formlessness.

I shaped my new name on my own, though. First, it was simply an
insignificant speck of pollen among thousands of other specks, drifting
around in the air, searching for the pistil. I waved at that very spec
and it floated toward me. “Just don’t forget to water me everyday,” it
whispered.

In the beginning, I got confused when someone called me by my name.
So much that I even wondered if anybody had called me at all. Was that
really MY name? Or could there be someone else who was given that name?
Perhaps I was neither that name nor the person behind it. Or, I might
be both. That’s why, once, upon return to myself, when I responded,
“Yeah?” the person who’d called me suddenly hesitated and asked me,
“Are you really yourself?”

Somehow, my new name sounded familiar to the people in the new place
where I’d arrived at the end of a journey of self-discovery. And that
was the primary reason for me to get used to that name. Unlike my given
name, it didn’t provoke a bundle of interlocking questions whenever I
spoke my name:

These questions always stunned me and made me feel threatened, for I
came to live here free from the people who bombarded me with endless
questions. And, as I said, this was the primary reason for getting used
to my new name. Yet, I changed my new name countless times, as I found
myself used to the boredom of having nothing to puzzle over. In
essence, of course, all the names were, well, one: They only changed
shape as wine does in different glasses, even glasses of the most
contradictory cast.

Once, one of my classmates asked, “Do you know what your name means?” I didn’t. I inquired why he asked that question.

“It’s pretty,” he answered. “In an ancient story I used to read as a
child, it was the name of an intrepid and impulsive woman who had
countless lovers. She gambled away their money.”

He looked me squarely in the eye, trying to pull the image of that
mythic woman out of my gaze. All of a sudden I felt the image of that
woman emerging from the deep, rippling through onto my skin. I turned
my head coyly, tossing my hair gently from one shoulder to the other.
Astounded, my classmate stepped back.

“That woman… drove her lovers insane… by just tossing her hair… from one shoulder to the other,” he stuttered in surprise.

Then, in a moment of silence and gloom, a soft breeze began to flow
and touched my hair. I trembled and my hair floated in the wind. All of
a sudden, a thousand dancing hands bloomed out of my shoulders and
underarms and lifted me off the ground. My body glided smoothly; my
feet moved like fins of a fish; my hair was set loose on a crest of
air, unfolding wings and ascending passionately. Then, with millions of
blazing, lithe specks that flew around me, I became a sun, rising above
the threshold where he stood, astounded and impassioned.

Another day, a young man whom I’d seen a couple of times caught me
off guard between two pillars of books in the library. “You know, I
found out that your name’s historical,” he confessed. “There is a
statue, with your name, that’s been standing at the threshold of an
ancient tomb for thousands of years.”

I wait, standing there, perhaps for thousands of centuries, not for
thousands of years, and certainly not for this very moment when I find
myself listening to him. “It’s as if you’ve looked at me from beyond
history,” he twitched.

Standing there, built of stone from head to toe. My eyes, the line
of my cheek, even my hair are fixed in a still sketch. My lips are two
rocks carved and sealed together. My hands are locked on to my chest.
No breeze or wind, not even a storm can give my hair the slightest
movement now, or set it free to scatter across my stone shoulders.

Whoever I may be, I know that now I’m the precise and perfect
meaning of my name. One might say it is the name of a flower that grows
out of the breast of a vestigial wall, as another might find it
reminiscent of a cat stretching her body under the sun at noon.

Once again, somebody calls my name. Now, I have no doubt that the
name I hear is the one that lives in me. It’s the one that bursts in
the vagina of this moment and is attached to the umbilical cord of
being, suspended between warmth and cold, question and answer, blood
and color, freedom and slavery, as it spins restlessly, awaiting its
new birth.

BIO
Nilofar Shidmehr is the translator of Toni Morrison’s novel The Bluest
Eye (Vistar Publishers: Tehran, 1997, reprinted in 2007). She has an
MFA in creative writing from the University of British Columbia in
Vancouver, Canada. Currently, she is a PhD student in the Center for
Cross Faculty Inquiry in Education at UBC. She has done freelance
editing as well as writing fiction, poetry, and screenplays. She has
published both in Iranian and Canadian literary magazines such as The
Room of One’s Own (Volume 28:4 and Volume 25:3), The West Coast Line
magazine (No 39. 36/3 Winter 2003), Galleon (Vol. 1, No. 1), Descant
(No. 137. Summer 2007), and the Shahrvand. Her first book of poetry in
English Shirin and the Salt Man will come out in spring 2008 (published
by Oolichan books). She is currently working on a book of nonfiction
about Iran (with the tentative title Tangled Veil) and a collection of
short stories about the lives of Iranians in Canada and in Iran.