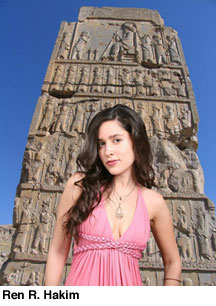 “Among all this multitude of men, there was not one who,
for beauty and stature, deserved more than Xerxes
himself to wield so vast a power.”
— Herodotus

Few true love stories in History have determined a People’s Destiny, tested Iron Wills or so positively catalyzed a Nation’s Identity so as to last centuries and fill in its most glorious chapters as well as inspire artists, poets and writers through the Ages… What would Egypt be today had Julius Caesar judged Cleopatra’s nose as being too short? As for Poland it would certainly not exist today had Maria Leczinska, better known as Marie Walewska, wife of a Polish nobleman, not seduced Napoleon Bonaparte and convinced the French Emperor to create the vassal kingdom of Warsaw in 1807. Where would (Published in London)