How much for a kidney? 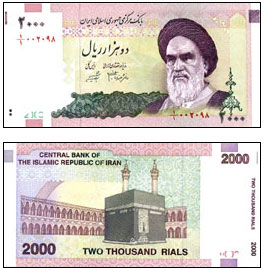 Recently I read an interesting article about Iranian security forces discovering a tunnel that apparently lead to the British Embassy in Iran. I found the whole affair extremely interesting, not so much because of the cloak and dagger stuff, but because the Iranian authorities among other things, accused the Brits of using the tunnel to bring in prostitutes into the embassy.

To start with, prostitution is illegal in Iran, which is why you can find them only in state-run “temporary marriage houses”, or at night in busy street corners, or in certain cafes, or in some parks or if you can take a trip to Dubai, there. Otherwise the country is clean as a whistle.

I must also remind you that importing, transporting and selling of drugs, for as little as a few grams of heroin for example, is punishable by death, unless of course you are dealing in tons. Then it is an enterprise that will be taxed by certain government officials, so be careful, taxes can be very high in Iran.

Also be aware of all the scam artists pretending to be addicts. Unfortunately there are millions of these people in the Islamic republic. They pretend to be addicts in order to get a place in the queue for the limited state-run rehabilitation centres; where they think they get free lodgings and food.

These people are among many lazy young people infected by the Western disease of unemployment. They expect the government to provide them with everything: jobs, housing, healthcare and education, but are unwilling to accept the fact, that these things are the responsibility of their parents, and not the government. After all, it was not the government officials that were involved in getting their mothers pregnant.

Of course not all the young people are like these. You can find many fine young men driving unofficial taxis or working in hamburger joints, cafes and restaurants. The best of the young naturally are drawn to the revolution. These fine young men are often seen on motor bikes and carrying clubs or heavy chains. These young men and lately a few women are the protectors of the democratic society in Iran.

They are sworn to protect the democratic process by other people’s lives. They have often shown exceptional dedication and courage, charging into crowds of nasty student-gatherings (sharp pens and pencils abound) without any regard for their own safety. You see swinging a long heavy club in proximity of others who are also swinging clubs can be very dangerous, especially in confined spaces. That is why they have been ordered to only engage in demonstrating their courage in open spaces, such as on campuses or in front of the universities, in parks or streets. To minimize accidents, they have been provided with small clubs for indoor use.

Contrary to enemies’ claims, the leaders of the Islamic Republic are very concerned with the welfare of its young people, which is why it has allowed people as young as 15 years old to vote. But there is this small problem: young people don’t always know what is good for them. To overcome this, the wise leaders decided to vet all the candidates prior to elections in order to present the best possible candidates to the voters; a most commendable move, for in this way they prevented some actor or singer becoming the beloved president of the Republic.

The beloved leaders of the Republic have shown much wisdom in running the country. For example, under their leadership, the Republic has become a major car manufacturer, and if it wasn’t for the Great Satan, people would have enough petrol to drive them too. But the people know that they don’t need cars for they can rely on friends and relatives of the leaders to commute within the cities.

The latest news is that a relative of (Honorary) Ayatolah Rafzanjani, who was responsible for the Metro (underground) in Tehran, has been given the go ahead to build similar facilities in Tabriz and Mashhad (two major cities). I personally love these people; they are so talented and clever that without any prior education (formal or informal) and experience build such facilities and all of it with their own money; the money that they, through hard work, had manage to earn and save in the shortest possible time.

It naturally shows the quality of the genes of these leaders and their families, for one after the other own industries, huge real-estates, airlines and such. I think Islamic Republic should be a model for other countries, for in what other country can you find such Leaders with such talented and enterprising families. It is no wonder that these leaders, having seen such talent in these enterprising relatives, have decided to hand over the rest of the government properties to them. I am sure they will do much better than the government. After all, the government is busy making sure that women are modestly dressed and that men behave properly in public (and at home). This is why, I think, the government is privatising everything.

I mean once things are privatised, the enemies cannot point, for example, to the son of ex-president Rafsanjani accusing him of receiving multi-million dollar bribes from the Norwegian Statoil. These enemies cannot question the large scale importation of goods through (private) airports into the country or wholesale smuggling of subsidised petrol to the neighbouring states. All in all privatization is a good thing. Bribes no longer would be bribes, it would be earnings. Businessmen would do business and government would govern; which leaves the question of the poor and the “dispossessed”.

Well, there are many wonderful programs in place for the poor and the needy. One of these programs is the government run Kidney market. This I can say is unique in the world and has the made-in-Iran stamped all over it. In this system, those wishing to “donate” a kidney will receive 3 million Tomans (about £1500), of which 2 million tomans (£1000) is paid by the “receiver” and 1 million (£500) by the government. After expenses the donor may receive 2 to 2.5 million tomans (about £1000 to £1250). There are of course strict rules in place to protect both the donor and the receiver. For example, the donor has to be of legal age and not older than 30 something, alive and not having any kind of terminal diseases.

This system has functioned very well, the only problem is that some consider the amount paid to the donor rather…. well, small. There are those who point at the price of a 2.5 metre grave (which incidentally can cost from 2 million to 60 million tomans- about £1000 to £30,000) saying that a minimum of two people in a family have to sell one of their kidneys each to cover only the cost of the transportation of the body, the diggers and the grave.

But I say that these are small glitches in an otherwise perfect system. People should realise that Rome was not built in a day. From what I hear it took many years and then someone called Nero (an architect or lover of arts of some sort) had to burn the downtown to make room for a bazaar or something. You see it took many years before the system began to function properly.

Things will also improve in Iran, it just takes a little time. Meanwhile, I think that due to (some say) air pollution and stress many people are dying and that this is the cause of inflation in grave prices. I urge the government to immediately subsidise the whole funeral industry or at least make a decent road to the desert area between Qom and Tehran, so that new graveyards can be built. In this way the price of the graves would be greatly reduced. If the government follows my suggestion, I am sure that a citizen can buy a grave by selling only one of his/her kidneys with some change left for a cup of tea as well.

All in all, I think that the successive leaders of the Islamic Republic have done a wonderful job in running the country. The government is in the process of privatising important sectors of the economy. With government’s assets privatised, it would only be the government itself to privatise, something that is well underway. I mean with the supreme leader is elected by a small group of talented men. These talented men are elected by the people, but their suitability has to be ascertained by other group of men first, which before they are elected are vetted by the supreme leader. Who said the circle was the most rounded figure in geometry? He was right.

You see once the circle is formed there is no way to get into it. But once you are in, and if you have lots of money and can own a lot more (privatisation), then you are the government and the economy. If all your sons and daughters and uncles own most of the industries, and you are in the leadership position, then those owners and the government are one. Of course it takes a little more time, but from all I can see, it is well underway. God bless them all, they are working so hard to make it happen.

I fully support them and hope that they succeed in their privatisation of the government (eat your heart out neo-classic economists). I am sure in the near future, we will have the very first modern private government, ran by the talented families of Rafsanjanies, Ahmadinejads and others.

About the author
He is a well educated young man with considerable experience in management, finance, marketing and PR. He has worked with such recognised companies as CIA, FSB, SAVAK, SAMVA, MOSSAD, MI6, MI7 and MI8 (although only for a short time because of fear of high numbers). He is currently conducting research into “how to survive on minimum wage”. His earlier researches includes ” how to leave home without being arrested” and “how to speak your mind and stay alive”. He is also writing a book on “The road to the inner circle: how to use beard and sandals to your advantage”. He can be contacted by email: razavi1970-press@yahoo.co.uk