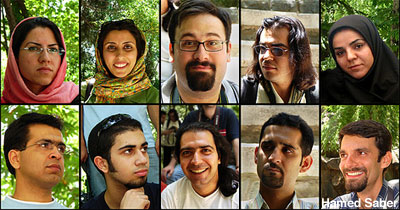 A revolution occurred in Iran in the late 20th century. This statement does not refer to the Islamic revolution of 1979. Another event, not as noisy and much more gradual took place a while after. Its consequences are arguably deeper and certainly more durable than the installation of the Islamic Republic.

The bottom line of the story can be found deep inside the 2007 edition of the CIA Factbook. Among many other facts about the countries of Earth, you can check that Iran’s Fertility rate is now 1.71.

Let us recall the definition: the fertility rate of a given population is calculated by dividing the number of birth to the number of women in the age of possible procreation. Obviously, in the long term in order to have a steady population, this number should remain close to 2. If for a long time, it becomes significantly larger or less than 2, you need to worry about an exploding or a declining population.

The figure of 1.71 for Iran leads us to a number of obvious observations.

First of all, astonishingly enough, according to the CIA, Iran’s fertility rate is the lowest in the whole Moslem world. Tunisia (1.73) is a close second. Fertility in Turkey, Malaysia and Indonesia (with their secular legal systems, business-friendly governments and westernized institutions) is significantly higher than in Persia with its notoriously incompetent theocracy.

Please note that Iran’s figure is even lower than France (who has recently experienced a modest baby boom, in contrast to most of Western Europe), the United States (whose birth rate never declined as sharply as the post-sixties Europe or Japan) or Israel (whose society has been engaged in a population race with Palestinians).

Until very recently, it has not been so! As late as 1984, the fertility rate in Iran was close to 7. In 1999, it had already dropped to 2.2. This decrease by a factor of 3.3 within 15 years is the sharpest drop in the entire history of demography for any society with recorded data.

Two textbook cases come to mind: QuÈbec during what was dubbed la rÈvolution tranquille (that is, during the sixties) and the post-Franco Spain (following the dictator’s death in 1975). In both these cases, within an interval of 15 years, the fertility rate was divided by two. The political and sociological context were far from identical. Yet, in both cases, what happened was a conservative society with a powerful church and numerous faithful evolving towards a liberal society with tolerant (one may say hedonistic) values.

In Iran, the brutality of the drop is significantly stronger than both Spain and QuÈbec. How come? What happened in 1984? What mysterious force, then, in the height of that bloody war with Iraq, started the whole process? To the best of my knowledge, nobody has provided a satisfactory answer to this question.

One thing appears crystal clear, however. All of us hear and read here and there that the Iranian women are more emancipated than their counterparts elsewhere in the Middle East (much more than the archaic legal system of the Islamic Republic would suggest), that hedonism is wide spread among the young people in Iran. Now, the barely-noticed statistics are supporting this anecdotic evidence.

I cannot resist the temptation of noting that Mr. Khamenei and company do not fit in to this picture. If there is a Goddess of History, she is supposed to take care of the iron laws who made her famous in the first place. To put it more prosaically, Iranian society is not expected to continue to be governed the way it is, given its demography.

Just recall that Spain (the country who would not allow abortion three decades ago) is now the largest political entity in the world to recognize gay marriage! Watch again one of those Almodovar movies (a mainstream director in Spain)! Then, you may grasp the kind of aesthetic, moral and irreligious tsunami History is preparing for the land of Mollah Hassani!