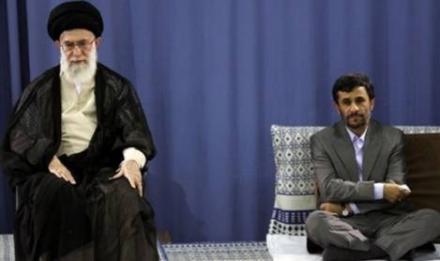 One of the very huge problems confronting progress in the Middle East is the problem of confusing administration with the purpose of life, society, or humanity. This is not necessarily a result of administrative Islam for more than a thousand years, but Islam has definitely had a significant impact too. We shall not forget that Islam was a positive administrative tool until recently, about some 300-500 years ago, when it started to show its inability to challenge the West!

Islamic administration, with its central and unifying elements, created empires that not only conquered land but also gave the world the most advanced scientific, architectural, and cultural movements of the time, by far exceeding whatever could at time emerge in the Christian world. These advancements partly forced the Christian world to ponder its situation, and somehow, for some reasons, the West, at some point, stood up, looked around, took off, roared, and never looked back! Muslims watched in amazement, and they are still watching, never really understanding what happened, and they still largely do not understand what happened.

More than three centuries passed by and Muslims are still watching the West with amazement. Conspiracy theories have appeared all over the place, they have re-appeared, re-appeared, re-formulated, re-shaped, re-thought, and are still in process, somehow trying to justify something, the shame, the amazement, the incompetence, and the impotence, and the belittling that is going on and on and on, never seeming to show any sign of ending.

The start of the Western modern progressive movement, what is known as the Renaissance, took place when the West was in its worst shape in more than a millennium, in terrible turmoil, with the Ottoman Turks threatening to delve much deeper into some of the most prised Christian territories. Here is what I find as a striking resemblance with where the Muslim world is standing today, compared to where the Christian world stood almost 5 centuries ago. Let’s not exaggerate this, and let’s not generalise! The comparison can be a limited one, more from a social point of view rather than any other. But the social side is what drives the rest, in a more global and long-term perspective. Today the Muslim world is indeed in a very bad shape, humiliated and poor, unable to do almost anything in the face of an extremely powerful Western civilisation.

While some of the most important topics of debate among the Iranian net addicts, and the blogsphere, seem to be about democracy (where it is not about treason and conspiracy) the real changes are taking place not among the Iranians, or in Iran, but in Turkey and in parts of the Arab world. Unfortunately, we as Iranians, did our bit a while ago, and Khomeini was just ready enough to decapitate whatever intelligentsia was truly, excitingly, capable of having any seriously positive effect on the Iranian community probably for more than a couple of generations. And Khomeini’s acts are still shadowing the opportunities that the Iranian community can take.

Where is this glimmer of hope for the Islamic world, especially for the Middle East? Turkey is quite understandably a clear-cut country with boundaries and everything else that can be defined, but the more confusing, but also much more interesting, side of this Islamic Renaissance is not Turkey (with its steadily stabilising and strengthening democracy) but the Persian Gulf Arab states, the UAE, Qatar, and what is more recently emerging as the new Iraq. Oil-rich Arab states are finding the path to worldly affairs out of pure luck, just like England, and some other Western European countries, did with their opportunities in commerce, especially through their newly discovered maritime strengths.

While the rest of the Muslim world, like Lebanon, Palestine, Iran and Afghanistan, or Sudan have serious difficulties in everything that can define their economies, politics, or social affairs, whether among each other, or with the neighbours, enemies or friends, some Arab countries are moving very quickly toward a very different world, a distantly more civilised and modern one from all points of view, starting to believe in their strengths and also showing to other Muslims that they are not only lucky (because of oil), but also smart (in using their oil money for investments in infrastructure and education), without compromising anything that defines them, while staying Muslims. Such signs of economic and social hope are also arising from Egypt, Jordan and Morocco, and steadily finding foothold in other Islamic countries.

People don’t seem to pay enough attention to these positive issues but soon we shall not be surprised to see more and more Arab nations joining the smart club, and actually succeeding in it. And the best hope remains Iraq (because of its vast oil reserves), not just to other Arab countries, but also for Iran and Iranians. Unfortunately Iran has some of the worse political and social conditions among Muslim countries, probably along Sudan, where confrontational attitudes, and the neglect of progressive policies are still the favourite of the ruling classes, especially with the oil that is proving to be a curse, when in the hands of ruthless individuals and cliques.