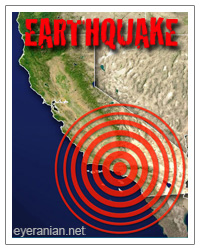 Southern California (and reportedly even parts of Nevada) residents were treated to a bit of shaking with a 5.4 Richter rattle centered around Chino Hills earlier this week. To most it actually felt more as a back and forth “roll” than anything, particularly to those in large concrete buildings on rollers and seismic joints like myself. Most residents took it (or at least acted) remarkably in stride. After all, this is LA and Angelinos are supposed to be used to quakes. Tourists were another story though, and most TV reporters somehow found a few of them for interviews to tell of their “scary” experience.

The Quake story however overshadowed another more important story of the same day. One having to do with how predatory management style of major corporations acting on pure greed, combined with a lack of safeguards stemming from a weak political system catering to the richest of the rich, is affecting the U.S. economy.

This time it came in form of yet another bleak report on housing values. According to LA Times, May 2007 to May 2008 average prices for 20 cities in their U.S. study saw a record 15.8% decline with LA being down 24.5%. Only Las Vegas, Phoenix and Miami had a larger percentage decline in the same period. Other cities that also saw record decline in numbers included San Diego, San Francisco, Portland, Seattle and Washington, D.C.

To offer a better perspective of what those kinds of numbers really mean, let’s try this; the early 1990’s downturn in property values in Los Angeles areas caused a 27% decline between 1990 and 1996 before stabilizing. That 27% number is already matched this time for declines between the peak of September 2006 and May 2008.

Are we done yet? Well, depends on whom you ask but if you are asking me, we are FAR from bottom, as the early 90’s decline didn’t take place in the aftermath of the kind of mess we have seen over the last 8-10 years, not only as it related to the sub-prime and “creative” financing available to the most vulnerable amongst us, but also the speculations and false values created far beyond reaches of most.

This is not a free market anymore, it truly is a bubble market where large sums of money is made and lost on paper and overnight, but lives are often ruined in a very real way.