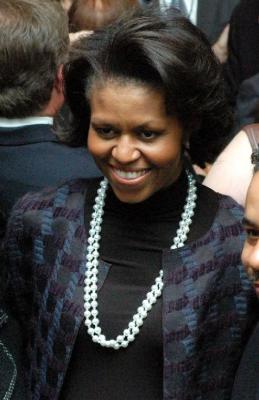 You’re not going to believe what FOX is up to now—we could hardly believe it ourselves.  Not only are they smearing Michelle Obama with racist stereotypes, but then they offer a feeble apology that they believe gives them the right to slander her again.  That’s what happened when FOX called Michelle and Barack Obama’s fist bump a “terrorist fist jab,” apologized, and then less than a week later referred to Michelle Obama as Barack’s “Baby Mama.”

FOX’s long history of racism is nothing new, but it has been particularly egregious when it comes to their coverage of the Obamas.  Racism and fearmongering have no place in our country or its politics, despite what FOX would have you believe.  That’s why we put together this video, FOX Attacks Michelle Obama.